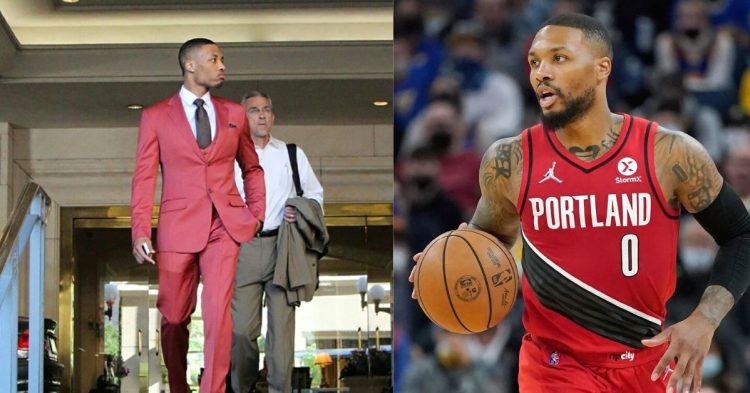 Damian Lillard is an NBA star with the Portland Trail Blazers. He has a three-point range and skills that could potentially rival the Golden State Warriors star, Stephen Curry. However, he has been unable to win an NBA title so far in his career as his team always fell short of a more loaded team. NBA fans will remember that the furthest Lillard has gone in the postseason is to the conference finals.

Nonetheless, he is an incredible talent and is of immense value to the Blazers. Therefore, they have given him maximum contracts throughout his career. As a result, Lillard is quite a rich person, even compared to the average NBA player. He recently discussed how this money has changed his family’s life.

We should wonder what Lillard is talking about and the context of the situation. Being a family man with an incredible source of income is a privilege that very few people have.

If you ask a random person what they would do with a lot of money, they would respond along the lines of partying, traveling, buying luxury items, etc. However, a man with a family would be much more interested in protecting them and making sure they have a secure future. Damian revealed how his success and the money that followed allowed him to take care of generations of his family.

This is truly a mature mindset from an NBA player and father. No one should feel pressured to achieve and panic because they have nothing to fall back on. Dame’s generational wealth will allow his family to pursue their desires and goals with nothing holding them back.
Tags: Damian LillardNBAPortland Trail Blazers
Previous Post