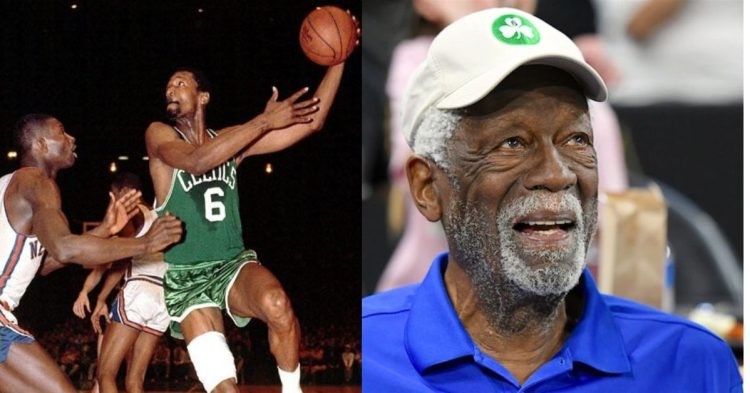 It is a sad day in the sports world. NBA legend Bill Russell died on the 31st of July at the age of 88. The Boston Celtics star was one of the most accomplished players the game has ever seen. He had dominated the league and made an impact that should not be forgotten. Rather, he should be celebrated for the life he lived.

We must know what he has accomplished throughout his career and why he will be missed by several NBA fans. His story deserves a throwback now that the candle has finally been extinguished.

There are several ways to determine who is the greatest player ever. Some say it depends on how good a player is at their absolute peak. While others claim it has more to do with efficiency or longevity. Bill Russel played in the NBA for 13 years. He managed to win the NBA title 11 times in that time window.

This would seem to be a feat of greatness. However, with all due respect for the dead, he had a lot of help. He had several great Boston Celtics teammates such as Bob Cousey and Sam Jones. Therefore, he was able to win NBA titles every year between 1965 and 1970. With the exception of only two years, 1958 and 1967.

Russell averaged 15 points, 22.5 rebounds, and 4.3 assists throughout his career. Yes, you heard that right, nearly 23 rebounds a game for a 13-year duration. He was also a 5x MVP of the league and 4x NBA rebounding champion. He was simply unstoppable when it came to crashing the boards and securing rebounds for his team.

One would think these accomplishments would have brought him more acknowledgment in the GOAT debate. If a third person is introduced, which is rare enough a case, it is usually Kareem Abdul Jabbar, Magic Johnson, or even Kobe Bryant. As far as overall all-time rankings go, Russell was never given true respect for his accolades.

Sometimes, it takes losing something to appreciate what we once had. We should be challenging life and try to achieve as much as we can, just like Mr. Russell did in his decorated NBA career.