2020-21 NBA Finals: What Went Wrong for the Milwaukee Bucks Against the Phoenix Suns in Game 1? 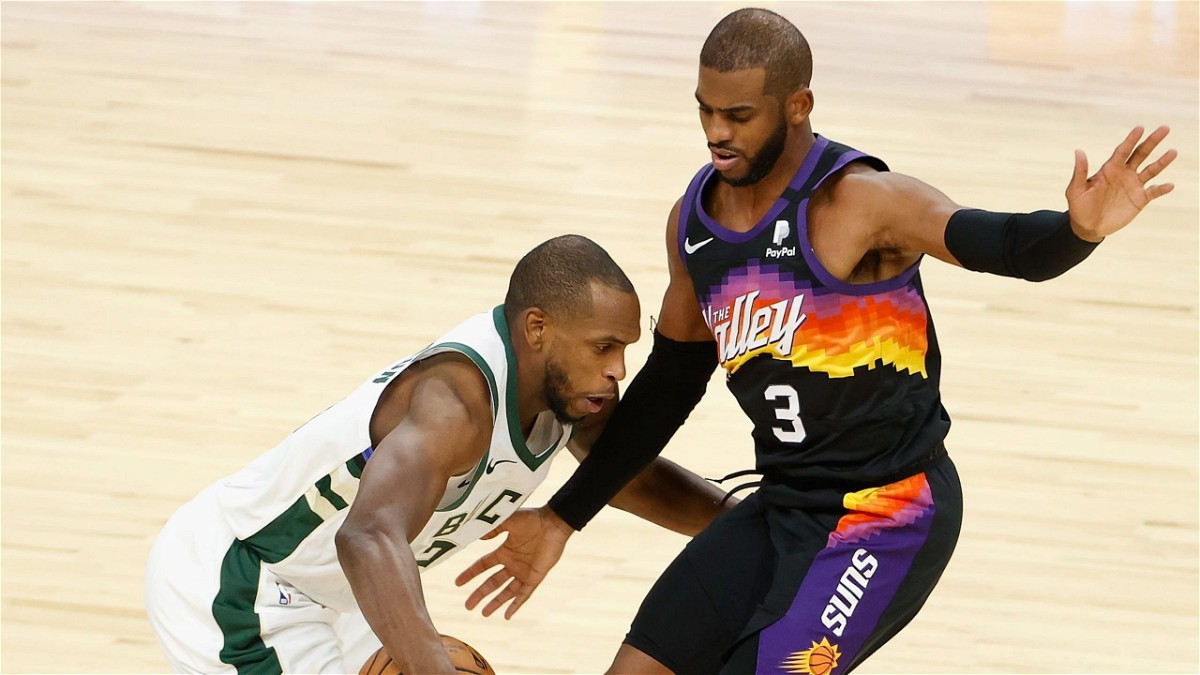 Game 1 of the NBA Finals has ended and the Phoenix Suns are up 1-0 in the series. The Phoenix Suns need just 3 more wins to become NBA Champions. They beat the Milwaukee Bucks by 13 points and were mostly in the drivers seat the whole game.

What Went Wrong for the Milwaukee Bucks?

The Milwaukee Bucks Attempted Just 16 Free Throws to Phoenix’s 26. However, Phoenix missed just one free throw whilst the Bucks missed 7. So not only were the Bucks not aggressive enough but also did not take advantage the few opportunities they did earn.

In Game 1, he had a good game where he filled up the stat sheet. The only problem with that was he did not do more of it. Attempting just 11 shots in 35 minutes of play is very less if you want to win. As the number one option and the superstar of the team you need to do more.

We can chalk this performance up to rustiness from not playing but need more from Giannis before its too late.

Jrue Holiday‘s Bad Shooting Night: After Jrue absolutely dominated in game 6 of the ECF, expectations for him rose high. We all believed that he would be the Kryptonite to the Point God Chris Paul but that did not happen. Not only did the Paul go off for 32 points but Holiday had just 10.

No, they need Jrue Holiday to stop playing like the ghost of Eric Bledsoe. https://t.co/3h49Y7CINF

Holiday did not make a single 3 out of his 4 attempts and missed 10 of his 14 shots from the field. It was rock bottom performance from him and we can only hope he bounces back ASAP.

Could not stop Chris Paul and Deandre Ayton: The Milwaukee Bucks could not stop the scoring from Ayton and Paul. They both missed just 9 out the 29 they attempted. They ran the show and made sure the Bucks lost tonight. Even though Booker was inefficient he still had 27 points. The Bucks had no grit on defense and therefore lost the Game.

If the Milwaukee Bucks want to avoid going down 2-0 they need to make these changes ASAP.