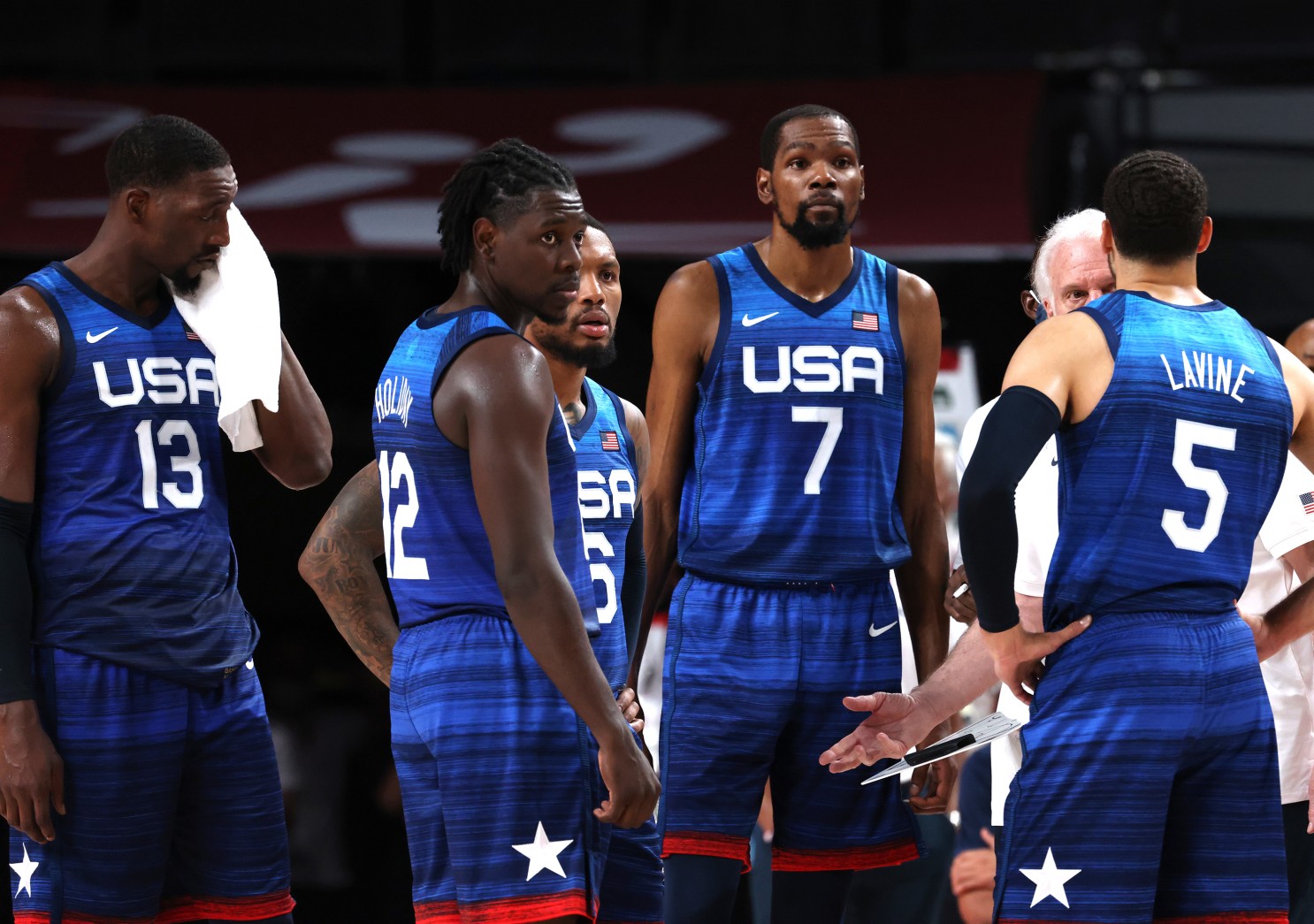 Team USA entered this year’s Olympics as the three-time defending gold medal winners. USA had lost the opening match of this tournament against France and against Nigeria as well. After suffering two losses, USA went on a winning streak and emerged as an Olympic winner for the fourth consecutive time.

How Sweet It is #GoldHabits 🥇

The Brooklyn Nets All-Star forward and Team USA captain Kevin Durant stepped when it was most needed. He scored 29 points, 6 rebounds, and 3 assists in the finals against France. Boston Celtics star Jayson Tatum helped Durant the most at the offensive end. He had 19 points and guards Damian Lillard and Jrue Holiday scored in double digits as well. NBA stars Rudy Gobert and Evan Fournier led France’s offence and Gobert had 16 rebounds.

Kevin Durant scored majorly in the first 3 quarters. Team France’s defence did a great job by keeping Durant at bay almost entirely in the final quarter. In the end, it still wasn’t enough to beat Team USA that overcame a rather slow start. Jayson Tatum and Damian Lillard took over USA’s offence in the end and started making shots to maintain their lead.

Kevin Durant has added a third Olympic Gold medal to his collection this year. He is the only player to do so other than NBA star Carmelo Anthony in Olympic basketball history. He has now surpassed Carmelo Anthony as USA men’s top scorer in Olympic history as well. His 435 points in 22 games are the most scored by any player in the Olympics ever. Carmelo Anthony and Lakers superstar LeBron James stand second and third respectively.

Durant has scored in double figures this entire Olympics and has scored more than 20 points nine times in his Olympic career. He was also Team USA’s points leader at the 2016 Rio Olympics and the 2012 London Olympics. His 19,3 points per game average is also the highest of any man in USA Olympic basketball history. This year, he also crossed LeBron James to move in third for all-time rebounds for USA at the Olympics.