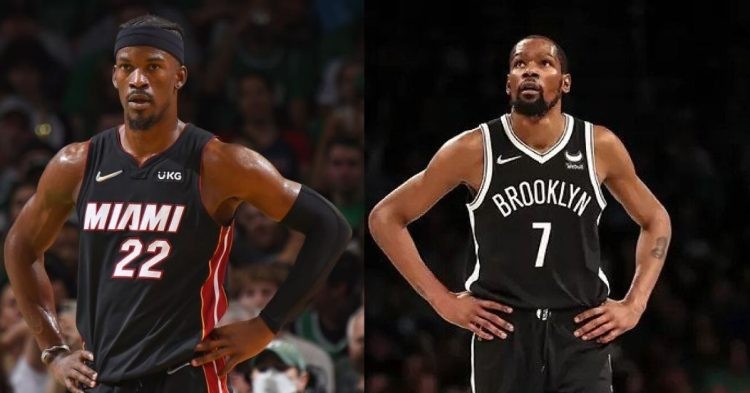 When LeBron James was with the Cleveland Cavaliers, the eastern conference was considered a “cakewalk“. There were very few teams with the caliber to offer any real challenge and come out of the East. However, heading into the 2022-23 NBA season the same cannot be said of the East in current times. There are several dominant and stacked powerhouses and there is no longer a real imbalance between the eastern and western conferences.

The Eastern Conference is about to be a war next season… pic.twitter.com/XkN7ASF1ky

The Miami Heat, Boston Celtics, Brooklyn Nets, and Philadelphia 76ers are some of many teams that pose a serious challenge. Be that as it may, there are several other teams with the chance of grabbing the #1 seed. Here are the teams most likely to make it happen this season.

The Miami Heat fell just one game short of another trip to the NBA Finals. They made it there back in 2020 thanks to Jimmy Butler. However, they ended up losing to the Lakers then and the Boston Celtics this year. One could argue that the Heat has the best culture and system of any team in the East.

Jimmy himself discussed “Heat culture” and what that means to every single player on the roster regardless of background and situation. They have Kyle Lowry, Tyler Herro, and Bam Adebayo as well. This is a team quite capable of being the #1 seed in the East.

Moreover, they were just that last year. The Heat finished the NBA season with a record of 53 wins and 29 losses. The sky is the limit for this tenacious team and they will finish the next season as a top seed regardless.

The Brooklyn Nets are certainly a much riskier team to bet on as far as seeding is concerned. They still have an undeniable talented core in Kevin Durant and Kyrie Irving. We all quickly forget that Kyrie missed several games last year due to the vaccine mandate. On the other hand, Kevin was injured for a significant part of the season.

Both these problems are less likely to occur this year. We expect to see Irving at home games and get off to a good start alongside a healthy KD next season. If they do so, being a #1 seed does not seem far-fetched at all.
Tags: 2022-23 NBA seasonBrooklyn NetsMiami HeatNBA
Previous Post