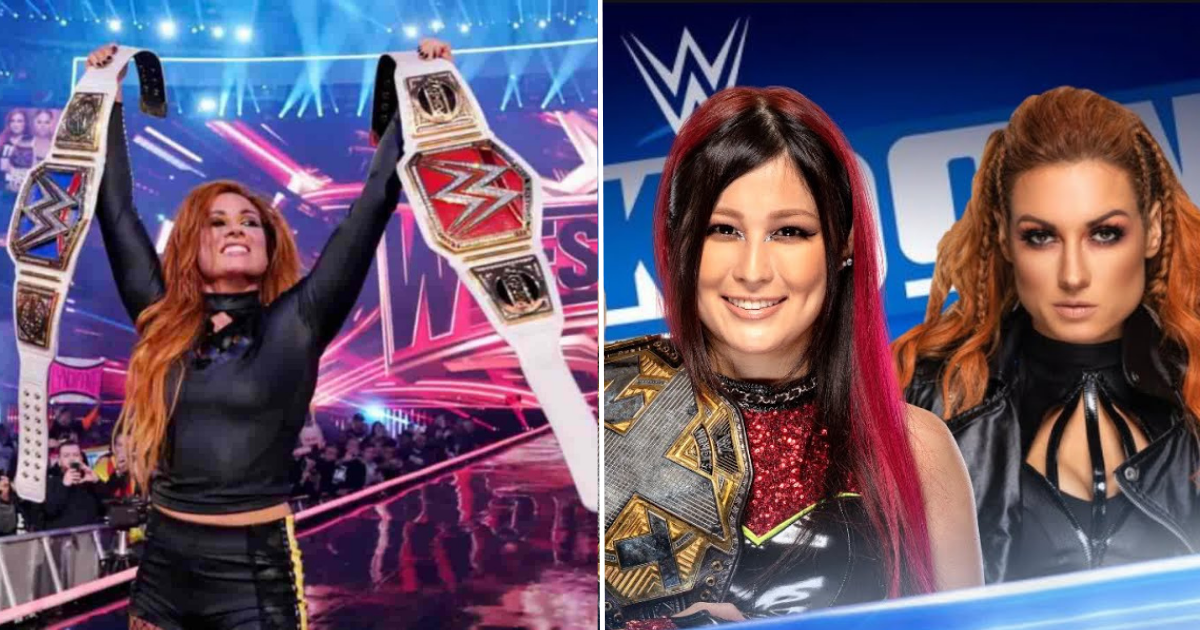 Despite a few wrong steps, Big Time Becks and the EST of WWE stole the show at WrestleMania 38. On the other hand, Belair won the RAW Women’s Championship, ending Lynch’s 162-day stay as a champion.

Now that she has lost her title, Lynch should choose a different path starting a fresh feud. Here are 5 reasons why she should do so

#1 Becky Lynch has a legendary career

Becky Lynch has been wrestling since 2004, and in WWE since 2013. Her career has been legendary. Becky Lynch’s legacy goes far beyond her two Raw Women’s Titles and four SmackDown Women’s Titles, as she broke down barriers and played a pivotal role in the evolution of women’s wrestling.

The feud between Bianca and Becky has been going on for a long time now but now she should go for a new challenge for instance WWE Women’s Tag Team Championship.

#2 After a loss, Lynch always gets stronger

It is always seen that whenever Becky Lynch loses, she comes back stronger. It has happened before at SummerSlam in 2018 and then she became The Man and became the biggest thing in the entire industry.

#3 Becky Lynch should form her own army

Losing her title to Bianca caused a lot of discrepancies in Becky’s mind and may have created a lack of confidence. During a recent appearance on Logan Paul’s podcast, ‘Impaulsive’, Lynch gave her reason as to why she lost her title at the Show of Shows

“Last night, I go out there to the ring by myself like I always do, always by myself and then here she comes with an army. Of course that’s gonna throw me off my game. I don’t even know how many people were there. 100 people? I’m by myself, of course, it threw me off my game.” Becky added: “I didn’t have an army, which is why I lost. I didn’t know –– maybe someone was going to come and hit me with a trombone in the back of the head. If I had an army that’s what I would do.”

#4 Audiences want to see Lynch in a different light

Becky and Bianca have been at each other for a long time now since 2021. People want to see Becky going for different championships. Also she has never held the Women’s Tag Team Titles.

In the interest of building her legacy, this could be her upcoming mission.

Former NXT Women’s Champion Io Shirai might be another contender for Becky Lynch following WrestleMania 38. The Japanese wrestler has been a part of NXT for several years and has won nearly everything the company has to offer.

Hence, she seems ready to join the main roster. A feud between Io Shirai and Becky Lynch would surely be eye-catching. This could push Becky in a new direction and bring a fresh storyline.

Becky Lynch has been one of the biggest stars in recent WWE history, with many main events under her belt. Now let’s see how she gets back from her WrestleMania loss.