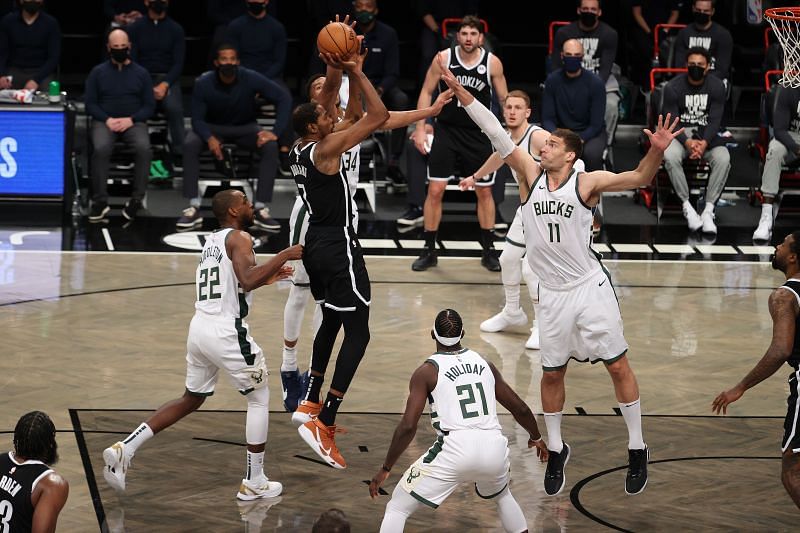 The second round of the eastern conference playoffs commenced with the Nets and the Bucks facing off. Both these teams are powerhouses in the East. The Milwaukee Bucks led by Giannis Antetokounmpo finished the regular season with the third seed. The Brooklyn Nets finished winning the second seed and home-court advantage in this series. The winner of this series moves onto the Eastern Conference Finals.

James Harden reaggravated his hamstring injury within the first minute of the game and was sidelined for the rest of the 47 minutes. Despite not having their third superstar on the floor the Brooklyn Nets cruised to a smooth victory. The pivotal reasons that led to the Milwaukee Bucks losing game 1 are given below.

What went wrong for the Bucks? 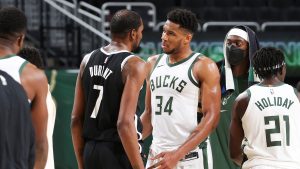 The Nets have taken game 1 and have momentum moving into game 2. The Bucks are unlikely to have as bad a shooting night as they did in game 1. They will rely on the Greek Freak as more of a playmaker down the stretch. This is because he shot 2 of the 5 three-pointers his team made today. Giannis developing the jump shot makes him an absolute nightmare to guard.

Especially for an offense-oriented team like the Brooklyn Nets. The Bucks are facing a daunting task and are yet to prove that they are up for the challenge. If they make plays around Giannis, the only player the nets have no answer to, it is possible for them to make this a competitive series.