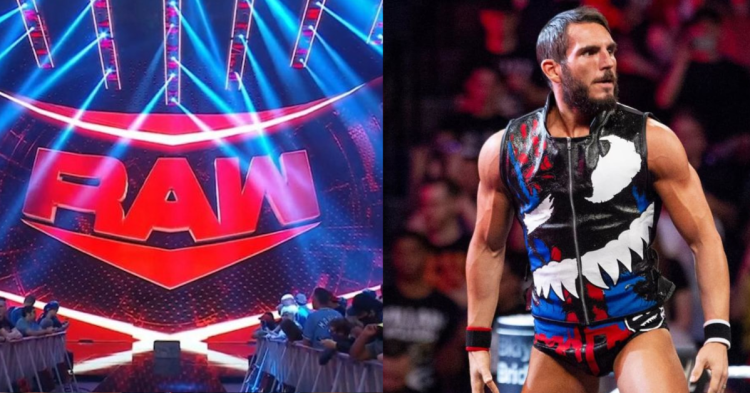 Here are the Top 5 Things that could happen on the 12th September edition of RAW. Including Return of Johnny Gargano and More.

Here are the Top 5 Things that could happen on the 12th September edition of RAW.

Two weeks after @RaquelWWE & @WWE_Aliyah were crowned the new WWE Women’s Tag Team Champions, they will face the very team that they beat in the final: @ImKingKota & #IYOSKY.@shirai_io @itsBayleyWWE https://t.co/ahfRdwpPrk

Last week “The Monster Among Men” Braun Strowman returned to the Red Brand and destroyed the Tag teams involved in the number 1 Contender’s match. Chad Gable tried standing up against Braun and was brutally Squashed.

This week we can Expect Braun vs Chad Gable in singles actions, and it will probably be a “Squash match.”

WWE has confirmed that Raquel and Aliyah will defeat the Tag Title against Iyo Sky and Dakota Kai. There are chances that the match will end up with a Disqualification as the feud has just started and a title change so soon won’t make any sense.

The match can end up via Disqualification due to interference or a count-out.

On last Monday night RAW, Matt Riddle challenged Seth Rollins for a rematch, and Seth seemingly refused. We can finally get to see a full-blown-out brawl between these two guys. The Brawl would be set up as a built for an “Extreme Rules” match. Their Match-up at “Clash at the Castle” was appreciated widely and was rated 4.5 stars by Dave Meltzer of Wrestling Observer. Both superstars have great In-ring chemistry between them and can deliver a great match when put under a stipulation such as “Extreme Rules”

2. Set up for Bayley vs Bianca Belair at Extreme Rules

After Bayley had Bianca pinned during Clash at the castle it is pretty obvious that Bianca Belair vs. Bayley will be the next match for the RAW Women’s Championship and This would make sense. We might see Bayley challenge, Bianca, to a match at the upcoming Premium Live Event, “Extreme Rules”, in this episode. With Becky Lynch out of action, Bayley does sound like a legit opponent against Bianca and the feud has a good potential and would have a great reaction from the WWE Universe.

Get ready for @JohnnyGargano's in-ring return tomorrow night on #WWERaw!

But who will his opponent be? 🤔https://t.co/PKiIIaGhjt

Johnny Wrestling “The Rebel Heart” made his surprising return on Monday Night Raw, after being gone for 9 Months. WWE confirmed that this week’s RAW would feature the NXT Triple Crown Champion in action. It is predicted that the opponent would be a “Local” or an Enhancement Talent, but we can expect an Interference from Austin Theory.