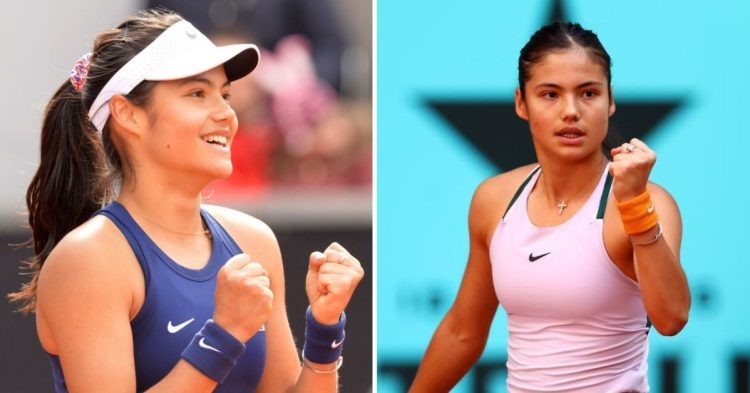 Emma Raducanu achieved a major milestone in her career when she won her first round against Serena Williams at the Cincinnati Masters. Serena will soon retire after the US Open and playing her before that was like ticking something off her bucket list.

After defeating Serena, Raducanu got many messages from her friends and family. Her phone was bombarded with messages on both iMessage and WhatsApp. The British star felt overwhelmed for she didn’t expect so many people to reach out to her.

As per Tennis World, she said, “An hour later, right before I came in, I needed to call my physio, and I just saw the messages, didn’t open [them]. I was like I’ve just got to focus. [I got] probably like a hundred. I mean, like, 78 on iMessage and then like 80 on WhatsApp or something.”

After winning against Serena, Raducanu went on to win against Victoria Azarenka in the second round. However, she lost to Jessica Pegula in the third round to exit the tournament.

After receiving so many messages from closed ones, Raducanu didn’t reply to everyone as she wanted to stay focused. She said, “I couldn’t reply or go through all of them. Yeah, I always feel a bit bad, but, yeah, I’m trying to just stay really focused, and that definitely helped. I didn’t open many messages last night and this morning, just a few people.”

Raducanu realizes that she isn’t a good texter and takes a lot of time to reply to messages. She said, “I’m an awful texter. I think I’m known for it. To my friends, at least. But I feel bad, but when you get so many messages, it’s tough to reply to all of them.”

Raducanu’s status as an awful texter is fair as she tries to stay away from all of it to focus on her tennis. After exiting the Cincinnati Masters, Raducanu has less than two weeks to prepare for the US Open. After winning the tournament last year, she has the big task of defending it this year.