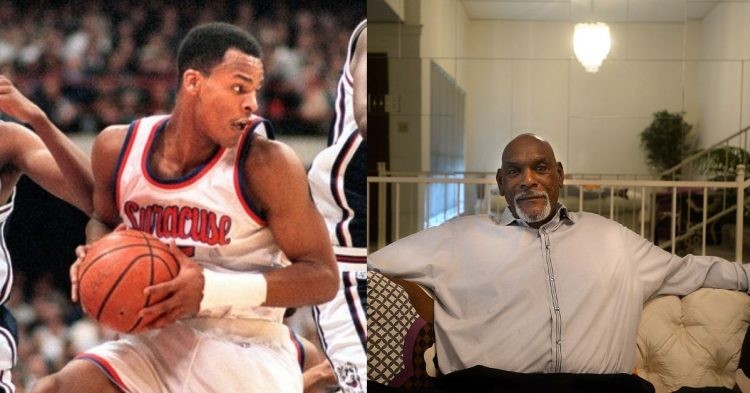 The NBA has been in existence for many years now. In the many decades that we have witnessed one of the biggest sporting leagues in the world, many legends have come and gone. For example, former Boston Celtics star Bill Russell was one of the turning points for the league. He passed away earlier this year. Similarly, today, we bid goodbye to another NBA legend and veteran, Lucious Jackson.

According to reports, the cause of Jackson’s death was heart problems. An official statement from the Sixers board read, “We send our deepest condolences to the family and friends of Lucious “Luke” Jackson, who passed away at the age of 80. An NBA All-Star, Jackson spent his entire eight-season career with the 76ers, playing a key role on the 1967 title-winning team. He will be missed.”

Before we look at his NBA career, let’s look at the path he took. When he was born in San Marcos, Texas, he decided to play for the high school basketball team after reaching a certain age. However, the team officials did not allow him to play for a team that was filled with white people. Hence, his family decided to move to Louisiana so that Lucious could play basketball. After that, he went for his college studies at the Pan American College.

That was where his life made a serious turn towards basketball. After Jackson was named an All-American, the NAIA also recognized him as the Chuck Taylor Most Valuable Player. Right after that, he went on to play for the United States national basketball team.

What are the major achievements of Lucious Jackson?

Jackson made his debut for the Philadelphia 76ers in 1964. The Philly-based franchise drafted the player in the 1964 NBA Draft as the 4th overall pick. The American mostly played as a power forward or a center. He was just 23 at the time. Despite his young and lack of experience, his debut season in the NBA was actually his best. However, that is only in relation to the numbers he put up that season.

Jackson only played for a single time throughout his NBA career. He stayed with the Sixers through the highs and lows no matter what. He played a pivotal role in the Sixers winning the NBA championship in 1967. Before that, Bill Russell led the Celtics to 8 straight title wins. However, that came to an abrupt end in 1967. The Sixers defeated the Celtics in after five games of the 1967 Eastern Division Finals.

Together with the great Wilt Chamberlain, he formed a formidable duo. In five games against the Celtics, Jackson made 67 points, 64 rebounds, and 11 assists in total. Together with him, Wilt made 108 points, 160 rebounds, and 50 assists. The 76ers took a commanding lead against the Celtics, winning the first three games. Although Game 4 went to the Boston-based franchise, the Sixers finished the job in Game 5.

The 76ers then faced the San Francisco Warriors in the NBA Finals that year. This time around, they took home the title after six games, and won their second-ever championship.

In addition to the only NBA championship ring Jackson has, he also won an Olympics Gold Medal in the 1964 Summer Olympics for the United States. He may have not won many accolades during his career, but he was a special and historical figure for the 76ers family.

The fans will never forget how they won their second-ever championship, overcoming one of the greatest teams of all time, led by Bill Russell. He was known as one of the greatest players at the time as well. Hence, both Wilt and Lucious captured a special place in the 76ers fans’ hearts as they beat the Celtics to win the title. They will never forget the memories Jackson gave them.