A Detailed Breakdown of LeBron James’ Net Worth 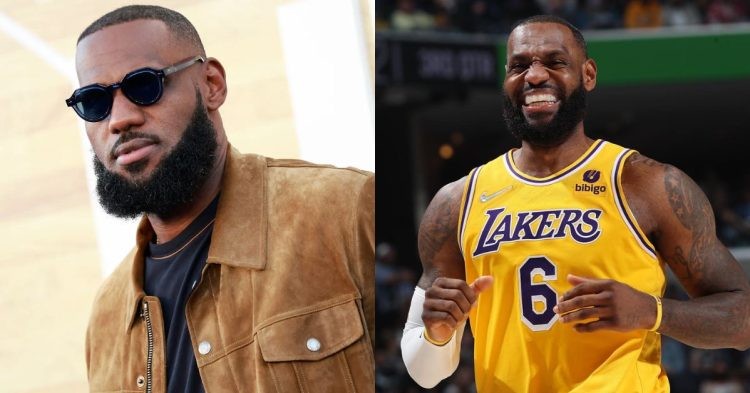 LeBron James is a professional basketball player who plays in the National Basketball Association (NBA) for the Los Angeles Lakers. He is widely considered to be one of history’s greatest NBA stars. James is the only player in NBA history to have won NBA championships with three franchises as a Finals MVP, playing for the Cleveland Cavaliers, Miami Heat, and Los Angeles Lakers.

He appeared in ten NBA Finals from 2011 through 2018, including eight consecutive with the Heat and Cavaliers. His distinctions include four NBA titles, four Most Valuable Player (MVP) awards from the NBA, four MVP Awards from the Finals, and two Olympic gold medals.

James holds the all-time playoff points record, is third in all-time points, and eighth in career assists during his 17-year career. James was picked a record 13 times for the All-NBA First Team, made the All-Defensive First Team five times, and played in 16 All-Star Games, three times in which he was selected All-Star MVP.

Forbes estimated James’ net worth at $1 Billion. He becomes the second-ever NBA player to hit the milestone after the legendary Michael Jordan.

His NBA career began when his hometown team, Cleveland Cavaliers, drafted him as the first overall selection in the NBA draft of 2003. In addition, he became the first Cavaliers player to win the NBA Rookie of the Year award by the end of the season, and it took him only one more season to receive his first all-star NBA call-up. He rose to be one of the greatest basketball players in the next few years.

In 2010, he terminated his contract with the Cavaliers and was a celebrity by then. LeBron was said to have been approached by quite a few teams as a free agent before he signed with Miami Heat at last.

He opted out of his Heat contract, four years later and shifted back to his hometown team, where he was the first player since the 1960’s to play five consecutive finals.

While in his second stint that he played for years for the Cavaliers, he opted out of contract and signed in 2018 for the Los Angeles Lakers. The 2019-20 NBA season was legendary for him, however, as LeBron James’ Lakers season was hampered by injuries in 2018. He won his 4th NBA title, together with Anthony Davis after a long-spell of going without an NBA title.

NBA salaries have skyrocketed in recent years, but up until this point in their careers, the biggest stars have earned more off the court than on it. Over his first 16 years, LeBron James, who tops the ranking for the 2019-2020 season, has made more than twice as much from endorsements as his $270 million in pay. His latest ten-year, $275 million Nike contract dwarfs Kevin Durant’s on-court earnings of $187 million in 12 seasons.

James is the NBA’s third highest-paid player at $44 million, including salary and endorsements. He sits below Stephen Curry and his Lakers teammate Russell Westbrook. For a 37-year-old veteran, that’s a whopping amount. Nike is his biggest fan, and the company named a new testing center after James at its corporate campus in Beaverton, Oregon.

LeBron James net worth and Endorsements

One of the richest players in the NBA is King James. He is the second-highest paid athlete in the world as of 2022, according to Forbes. It is estimated that his annual earnings were $41.2 million on the court and $80 million off it. James’ sponsorship partners include Coca-Cola, Beats By Dre, Blaze Pizza, and 2K Sports, in addition to Nike. Adding on to that, LeBron also has endorsement deals with AT&T, PepsiCo, and Walmart.

When he launched what is now LRMR Ventures, James took charge of his own marketing in 2006. In 2008, a production company from Hollywood, SpringHill Entertainment, followed. It has produced TV shows such as The Wall and the Guilt of Survivor and is working on remakes of the House Party and Space Jam films.

With his new media company, Uninterrupted, James expanded his business empire in 2015. Via a $15.8 million investment the same year from Time Warner, it got a boost.

King James’s $32 million shoe contract with Nike is second only to Michael Jordan’s huge $132 million deal, according to a report by Forbes in 2018. In addition to his key Nike signature shoe, which is now in its 16th edition, LeBron James also gives his name to the Zoom Soldier line of Nike.

His lifetime contract with Nike, which will pay him $1 billion by the time he is 65, and lucrative deals with Coca-Cola, Beats By Dre, KIA Motors, and NBA2K, are some of his biggest endorsement deals.

James is also a partner of the Blaze Pizza pizza chain, which is located in California and operates 14 franchises in Chicago and South Beach. James added several sponsorship deals in 2019 to his Rimowa Luggage and Walmart portfolio signing deals. He has helped to launch his own SpringHill Entertainment production company and Uninterrupted media company.

In addition, James recently signed an overall extension of two years with the Lakers until 2023. However, he signed a new contract this year. According to Spotrac, James will earn $46.9 million for his first season. In his second season when he is 39 years old, LeBron will be receiving a base salary of $50.6 million from the Lakers.

In terms of talent and popularity, with James still at the top of the league, more endorsement opportunities for the Lakers star will definitely continue to flood in. James ‘is not one of the most influential and innovative players in the NBA to let his company portfolio stagnate and more projects would allow the 37-year-old to remain at or near the top of the highest-earning players in the league.

Stephen Curry Partners with Under Armour for Solo Shoe Brand 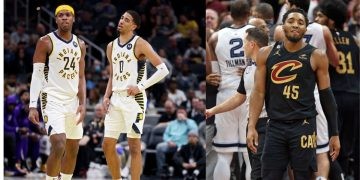