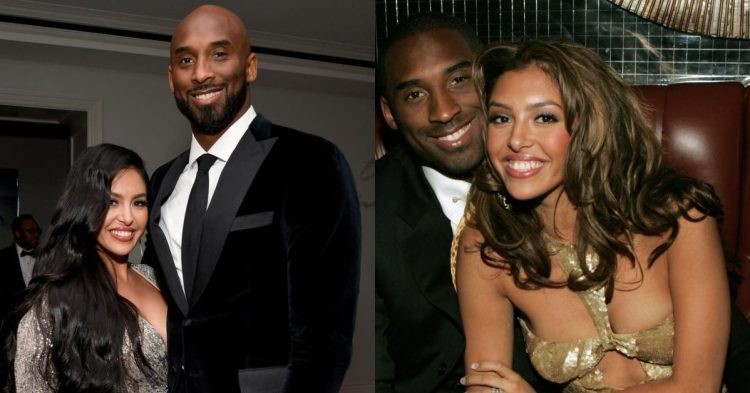 Kobe Byrant and Vanessa Bryant have been together since 1999. At that time Kobe had made his name as an established member of the Los Angeles Lakers. The two met each other during a music video when Vanessa was a senior at Marina High School, Huntington Beach. The two were instantly in love when they crossed paths with each other.

Despite the distance, they continued to have a relationship. Kobe frequently visited Vanessa and Kobe at that time was popular. Eventually, the word got out that the two were dating, and the talk about Kobe and Vanessa dating started spreading like wildfire. After the couple dated for 6 months, Kobe proposed to Vanessa.

#TBT: Because Kobe. And because we’ve never seen an #engagement ring quite like Vanessa’s! pic.twitter.com/kybf6L7Vds

According to The Los Angeles Times, Graham Finochio, a junior, heard rumors that word was spreading about Vanessa dating Bryant, but it was hard to believe it. “I met him. I swear. I saw his forehead when he came to pick her up at school. I was all: Whoa! And I ran up to the car and I was all: Omigod! And he was all: Hi! And I was all: It’s all about Kobe! I was shaking.” said Erika McWilliams, a junior at the time.

When did Kobe Bryant and Vanessa get engaged?

Kobe and Vanessa got engaged when Vanessa was just 18 years old in 2001. Kobe at the time was under a rookie contract and was earning $11 million before taxes. The 18x All-star didn’t cheap out when it came to the ring. He bought a diamond ring, which was 7 carats. At the time the ring cost him $100,000.

The couple tied the knot in 2001. Kobe’s parents didn’t approve of the marriage and ultimately decided not to attend their son’s wedding. However, the ceremony was conducted at Dana Point, California. His parents remained estranged from him for many years.

Down the years Kobe was unfaithful to Vanessa indulging in infidelity, and having affairs with other women. However, Vanessa remained by his side, until she decided to get a divorce from him. Despite their downs, the couple didn’t separate and Kobe learned a valuable lesson from the encounter. Since then Kobe and Vanessa stayed together until his tragic death.

Despite all the personal issues between the two, they ended up staying together. Kobe and Vanessa welcomed their first daughter on January 19, 2003, Natalia Diamante Bryant. Gianna Also known as Gigi was born in May 2006. Gigi was close to her father, and Kobe often called her the female version of him.

Bianka was born in December 2016, 4 years after the couple decided to stick together, and not get a divorce. Capri is Kobe and Vanessa’s youngest daughter, she was born on June 21, 2019. Kobe was blessed on the court as well with a wonderful family, and Vanessa stuck with her husband through thick and thin.