Stipe Miocic is eyeing a stoppage win over arguably the fiercest puncher in the world of mixed martial arts has ever seen, Francis Ngannou. The undisputed heavyweight champion Stipe Miocic takes on Ngannou in a rematch to defend his heavyweight gold in his second title reign in the main event of UFC 260 on March 27 inside UFC APEX in Las Vegas.

“It won’t be nothing like the first fight because he has definitely gotten better and so have I. A lot of things are gonna change. I am trying to make it, you know, a more one-sided fight, you know, of course trying to end it early. But you know, he has gotten better, he hits hard. It’s the heavyweight division, anything can happen.” Miocic said in a conversation with Damon Martin of MMA Fighting.

Miocic and Ngannou shared the UFC Octagon back in January of 2018 where Miocic picked up a comfortable unanimous decision win over Ngannou. At the time, The Predator was undefeated inside the UFC Octagon. Miocic stepped inside the Octagon as an underdog with fight fans expecting Ngannou to get the job done courtesy of his insane KO power.

However, when everything was said and done, it was Miocic who triumphed over the dangerous Ngannou, winning the fight quite comfortable to say nonetheless. Now, ahead of the rematch, Miocic believes that he can beat Ngannou again. Interestingly enough, he is looking at a stoppage win this time around.

Stipe Miocic is once again an underdog against Francis Ngannou

Ngannou has only lost thrice in his mixed martial arts career, and twice inside the UFC Octagon. The Predator suffered back-to-back losses against Miocic and Derrick Lewis. However, he made an emphatic comeback with four back-to-back first-round finishes against the likes of Cain Velasquez, Curtis Blaydes, Junior dos Santos, and Jairzinho Rozenstruik. 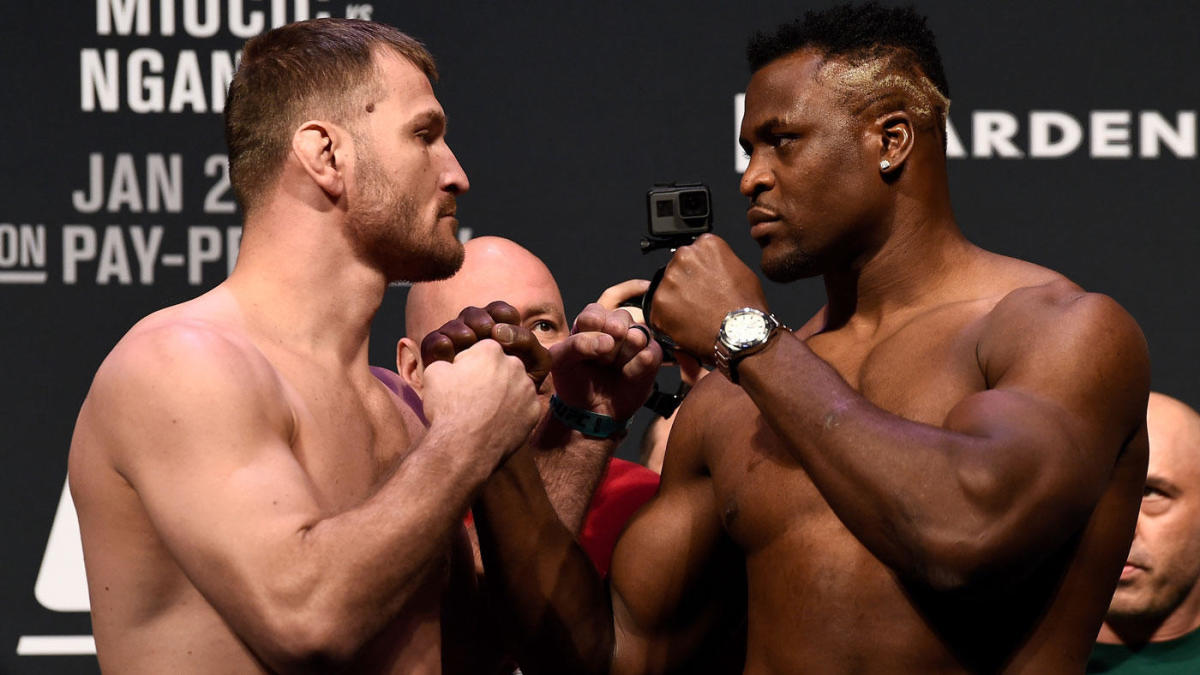 Needless to say, fight fans will be on the edge of their seats when both the heavyweight once again step inside the Octagon this weekend. Miocic has already cemented himself as arguably the greatest heavyweight of all time. The American fighter will look to further cement his legacy with another win over Ngannou.

Additionally, there is a huge reward for the winner of this fight in the form of Jon Jones, who will likely face the winner for the heavyweight championship later this year.

Also Read: Stipe Miocic Looks Back at Daniel Cormier Trilogy Ahead of UFC 260