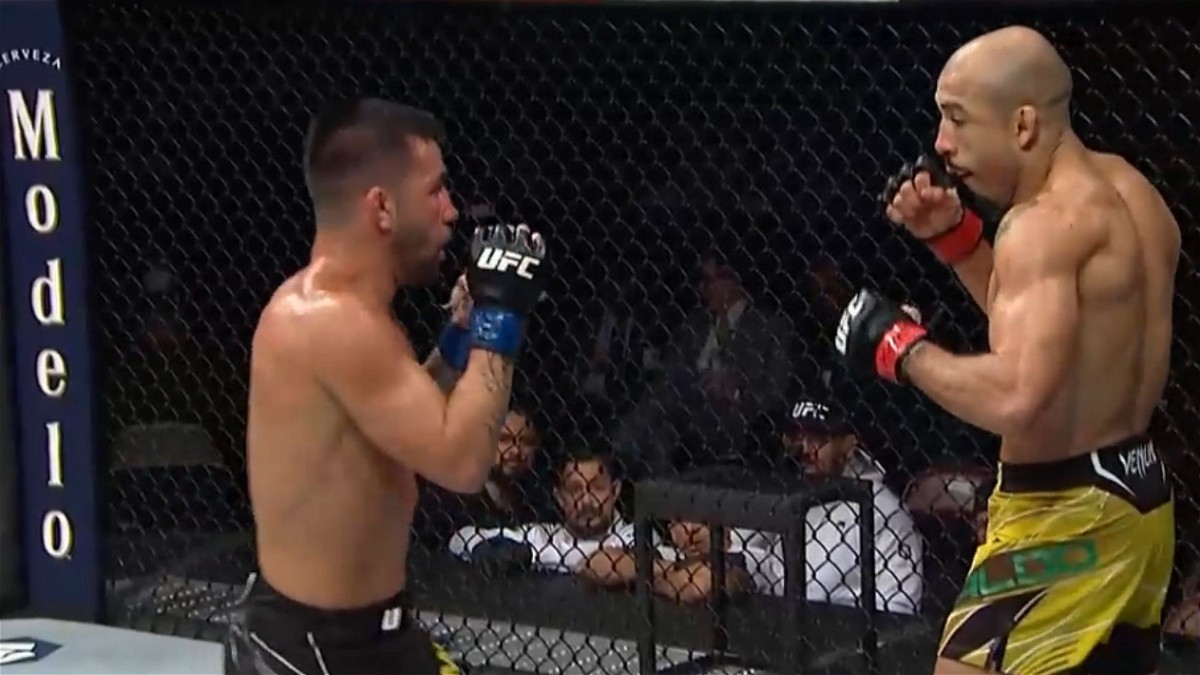 Jose Aldo looked at his absolute best going against a monster like Pedro Munhoz in the co-main event of UFC 265. The former featherweight champion has looked incredible in his bantamweight run, and despite losing the first two fights, he had shown great improvement and has bounced back in an incredible fashion in his last two fights.

If you thought Aldo was getting slower, the Scarface showed just why he was once invincible at his weight class, and looked nothing less than vintage with great speed, incredible combinations, and proficient striking that reminded fight fans just why Jose Aldo is regarded as one of the greatest mixed martial artists of all time.

At 34 years of age, and with an illustrious career that has seen get the best of some of the greatest mixed martial artists of all time, Aldo picked up his second successive win in the UFC’s bantamweight division. After everything was said and done, it was Jose Aldo who picked up a comfortable unanimous decision win.

What’s next for Jose Aldo?

Aldo has already fought for the UFC’s bantamweight title, so it’s safe to say that he won’t be getting his hands at the belt anytime soon. However, another win from here can definitely bring him back to the title contention. Rob Font is an exciting challenge, and considering he is ranked #5 in the UFC’s bantamweight rankings, it definitely looks like the fight to make.

Aldo is poster child for adage; ‘getting better like a fine wine’. #UFC265

Additionally, with Cody Garbrandt moving to the flyweight division, it’s safe to say that Jose Aldo is right at the top, only behind the likes of TJ Dillashaw, Rob Font, Petr Yan, and UFC bantamweight champion Aljamain Sterling.

The future looks bright for Jose Aldo, and he looks all set to make his name in the UFC’s bantamweight division as well after ruling the featherweight division for more than a decade.

Also Read: How Did Jose Aldo Get the Scar on His Face – The Reason Why He Is Called Scarface

What Went Wrong for Angela Hill Against Tecia Torres At UFC 265?