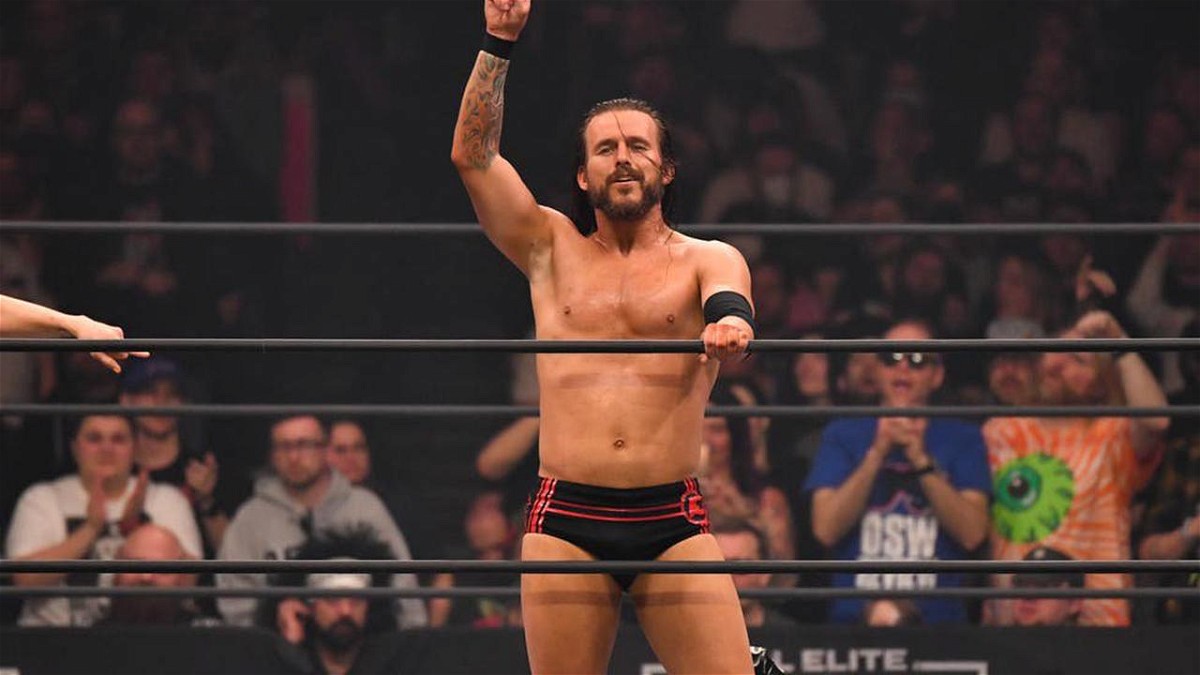 It was Wednesday. You know what that means. Revolution is just around the corner, and All Elite Wrestling pulled out all the stops for the go-home episode of Dynamite. Trust me when I say, it was NOT easy pinning 3 things that I disliked from the show; but I just about managed to be picky enough. Here are 3 Highs and 3 Lows from last night’s episode of AEW Dynamite.

Join us for the ACTION-PACKED Week Spectacular leading to #AEWRevolution this SUNDAY at 8pm ET / 5PM PT LIVE on PPV!

Low: Team Taz needs to do something tangible in AEW, real soon

I look forward to seeing how things play out. But… first I gotta give Rampage and this ladder match my attention.

This is not a dig at Ricky Starks or Powerhouse Hobbs, by the way. They’re great, and Starks is clearly going to be a World Champion in AEW one day, guaranteed. It’s just the fact that Team Taz hasn’t really done anything…exciting; in like, years. Ever since Brian Cage left the group, they’ve been relegated to the “break in the new faces” spot.

The FTW Championship isn’t even meant to be what it is today. Tazz created the title as a stepping stone towards bigger things in ECW. In AEW, that might as well be a pipe dream, given their position on the card. While Starks vs Lee is a proven blockbuster programme, I hope Tony Khan figures out a way to make Team Taz relevant again, real quick; otherwise, the stable has long since served its purpose.

Man, am I loving what AEW is doing with Wardlow. Ever since he had that cage match with Cody Rhodes, Mr. Mayhem has been presented as an unstoppable beast; and rightfully so. His slow-burn face turn might just be better built that Batista’s, and this week’s episode upped the ante even more.

After brutalizing Cezar Bononi in an epic squash, Wardlow managed to get in the face of both of his acquaintances. MJF has slapped Wardlow before, but thanks to AEW and their love for long-term booking, it’s this one that might seemed just have sealed Max’s fate. I’ll talk about Long Island’s Finest in a bit, but for now, let’s just say Wardlow might be looking to re-consider his contract status a bit sooner than Mr. Friedman thinks.

Things are becoming undone as @realwardlow receives a STRONG slap by way of @The_MJF ahead of #AEWRevolution LIVE this SUNDAY on PPV!

Tune in NOW to #AEWDynamite LIVE on @tbsnetwork! pic.twitter.com/uqrcgEV7Yz

Yes, I said it. Look, the Good Doctor has re-defined AEW and its Women’s Division with her unparalleled charisma; but that’s all she’s got to offer right now. Britt Baker’s title reign started off with an explosion, but it has since become almost an afterthought.

Jade Cargill is the clear superstar of the Women’s Division at the moment, and honestly? It’s Thunder Rosa’s time. Her leaving the NWA and joining AEW was the greatest blessing for the latter’s women’s division, and she fully deserves her moment in the spotlight. I’m just worried that if booking convention holds true, her tag-match victory over Britt and Jamie Hayter does NOT bode well for her at Revolution. Hopefully, it doesn’t come to that.

.@ThunderRosa22 just pinned the #AEW Women’s Champ Dr. @realbrittbaker ???? in their tag team match tonight! Could this possibly be a reflection of what’s to come on Sunday at the #AEWRevolution LIVE PPV? Don’t miss another minute of #AEWDynamite on TBS right now! pic.twitter.com/JQccVI7J2I

High: The Main Event Trios Match was a barnstormer

There’s nothing more I can add to this; that main event was just such a fun match-up, and it continues to prove why AEW is a Professional Wrestling company that cares more about the sport, ironically enough. Every man had his working boots on, and the crowd lapped it all up.

The #AEW World Champion #Hangman @theadampage with the near fall minutes into the main event here at #AEWDynamite LIVE on TBS right now! pic.twitter.com/1xupFR6rYW

Adam Cole has been the best thing in Pro Wrestling since 2017 across 2 of the biggest promotions in the world. Hangman’s journey is the best long-term storyline in the history of the industry; period. ReDragon vs Silver & Reynolds was always going to be edge-of-your-seat action. The hype for the Main Event of Revolution is real, and this match was the perfect appetizer.

.@Adamcolepro wants in on the action with #AEW Champion #Hangman @theadampage in his sights! #AEWDynamite is LIVE on @TBSNetwork right now! pic.twitter.com/HqwiIWEO6L

It’s just time to give some of the younger talent the spotlight. The Young Bucks are one of the greatest tag teams of all time, but they don’t need to be in the title picture yet again to feud with ReDragon. Heck, the actual champions, Jurassic Express, haven’t even been featured properly in the build to the match at Revolution.

AEW has an impeccable tag team roster. They could’ve had anyone win this match; Varsity Blondes, Private Party, The Best Friends, THE ACCLAIMED! Darius Martin returning from injury and going the distance in his comeback performance would have been so much better for the future of AEW.

It’s #TopFlight making their comeback after @DariusMartin612 was sidelined for over a year due to injury! Watch #AEWDynamite LIVE on @TBSNetwork right now! pic.twitter.com/UxkxrCstki

While Top Flight pulled the iron man shift for the Battle Royal, having them go over would have instantly injected some life into the title match. Still, seeing some of the most-athletic tag teams go at it in a three-way dance isn’t something I can complain about for too long.

And a dirty low-blow by Matt Jackson on @dariusmartin612! The @youngbucks have won the Casino Tag Team Royale and are going to #AEWRevolution THIS SUNDAY LIVE on PPV! #AEWDynamite is LIVE on TBS right now! pic.twitter.com/evknzrZiCq

High: MJF is officially the Greatest Heel of All Time

Last week, Maxwell Jacob Friedman gave us his super villain origin story. This week, he followed it up by doubling down on emotion; and then busting open his idol and opponent for Sunday’s PPV. If you had any doubt that MJF is the Best Heel in Pro Wrestling today- and arguably ever- watch this segment.

It’s a masterclass in story-telling, and that visual of Punk hanging from the ropes is going to be a moment AEW revisits in highlight packages for years to come. The second ever Dog Collar Match to feature on AEW programming promises to be bloodier than Phil Brooks’ face last night. I for one, can’t wait to see what they create.

This moment deserves a spot of its own. Every AEW original has been involved with the premier independent promotion for nearly 2 decades in one capacity or the other. Tony Khan buying ROH is way more exciting than any promotion-purchase deal WWE has made in the past; solely because we KNOW he’s going to make it count. And finally, All Elite Wrestling can use footage from the very show that gave birth to the promotion! AEW continues to make Pro Wrestling on the whole a better place, and I for one, am here for it. Now if you’ll excuse me, I’m gonna go watch All In once again.