3 Things AEW Should Do to Stay in Business 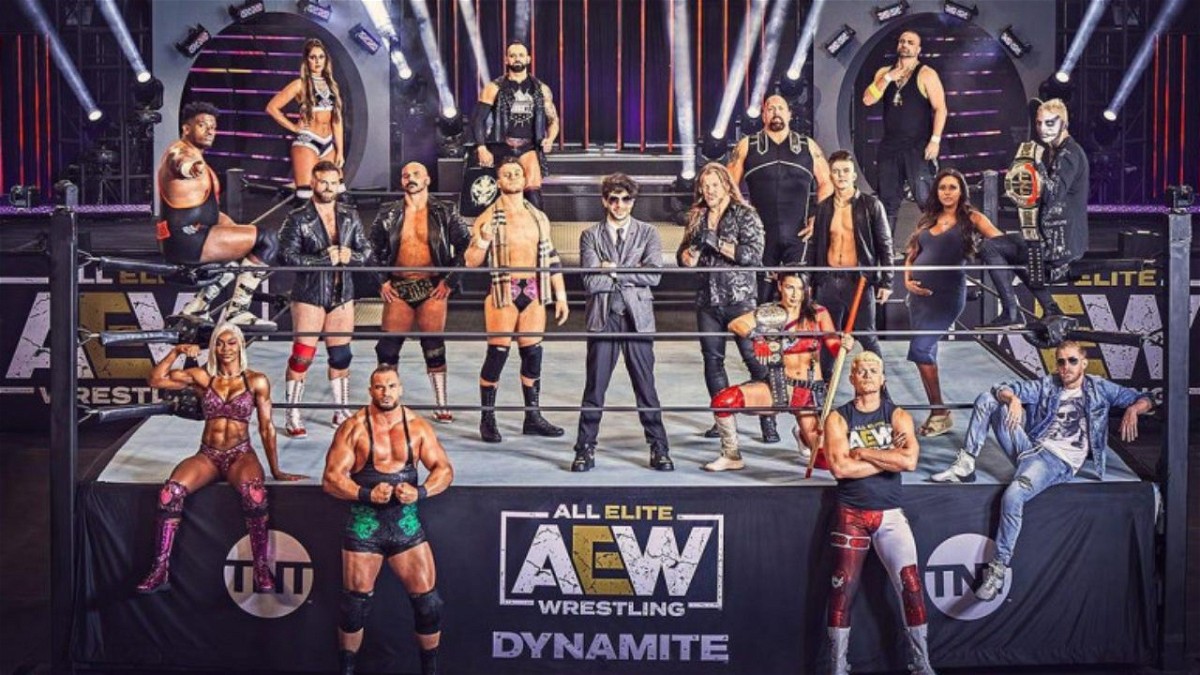 All Elite Wrestling is grown fast and rising to the absolute top. It is amazing to see that in just over two years of their existence, AEW has proven to be WWE’s biggest competition. It is grown to the point where WWE’s Chairman Vince McMahon is worried he might lose a lot of talent to AEW. WWE’ management may claim that they are not worried about AEW, but they clearly are. If they weren’t afraid then they wouldn’t be giving hefty contracts to superstars like Kevin Owens just so they do not join their rival company. But will AEW stay in business? Here are some things they should do to stay in business.

Tips for AEW to move in the right direction

The hype is huge at the moment for All Elite Wrestling. But is the company heading in the right direction? If you ask me, I would say ‘No‘. The company is doing great now, they have all the hype in the world possible at the moment. But just like every ‘Hype‘, AEW’s hype will also soon dim down.

Here are a few things the company should do to stay in business for a longer period.

Currently, AEW’s Women’s Division is mostly only a one-woman show. Dr. Britt Baker D.M.D the reigning Women’s Champion. She has great matches almost every time. She is a great talent, there is no denying that. But, the division has a plethora of talent that is not being used.

Now they have another Women’s Title in the name of the TBS Championship. Jade Cargill is holding the title. She is way too green to hold the title. Wrestlers like Nyla Rose, Kris Statlander, Thunder Rosa, Hikaru Shida and many more deserve to hold on to that title.

With Jade holding the title, now it is a two women show. Baker cuts promos on a weekly basis while Jade buries talent in the form of squash matches.  They need to utilise the women more on Television.

AEW has two shows on television. It is a total of 3 hours,. We see a lot happening on every show. It is truly impressive how much we see happen in just the 3 hours of television. Despite that, they are still unable to tell a story with a proper flow. There is not much continuity with feuds and more often than not, the commentary team has to refresh our memory on what happened previously in this storyline.

Focus on the current talent

This ties in with the ‘Storyline Continuity‘. They have a vast roster and hence struggle to showcase all of them on a weekly basis. We have seen WWE let go of a lot of their talent in recent times. Tony Khan has been quick to acquire almost all of them. The problem is, AEW’s roster is already massive. He does not need to sign in more talent. What the company needs to do is build on the current roster and not change plans as new stars come in.

One of the most common criticisms that WWE received was they bring in legends on a regular and the current roster is over-looked. If you think about it, that is exactly what AEW is doing as well. Only difference is, they are not legends or retired superstars but majorly former WWE wrestlers. As it is, the company is struggling to showcase all its talents on television and if Tony Khan just continues to sign more talents then soon everyone will be lost in the shuffle.

Adam Cole,  Bryan Danielson, CM Punk, Christian Cage are just some of the recent signings. But now pretty much all of them are lost in the shuffle. Their hype has dimmed down. If they had signed elsewhere, they could have helped grow another company. AEW does not need anymore new stars.

Hikaru Shida was one of the best Women’s champions in the company. Now she is nowhere to be found and is already warning her friends about joining All Elite Wrestling.

Tony Khan had mentioned that there are more new people coming to AEW. If more stars are going to join the company, then it hurts me to say, their stardom is bound to vanish and they will just be another member of the roster. Hopefully, the next wave of signees are the last and Khan works on building all the current members of the roster.

Do you think it is a smart move for Tony Khan to sign all the stars?