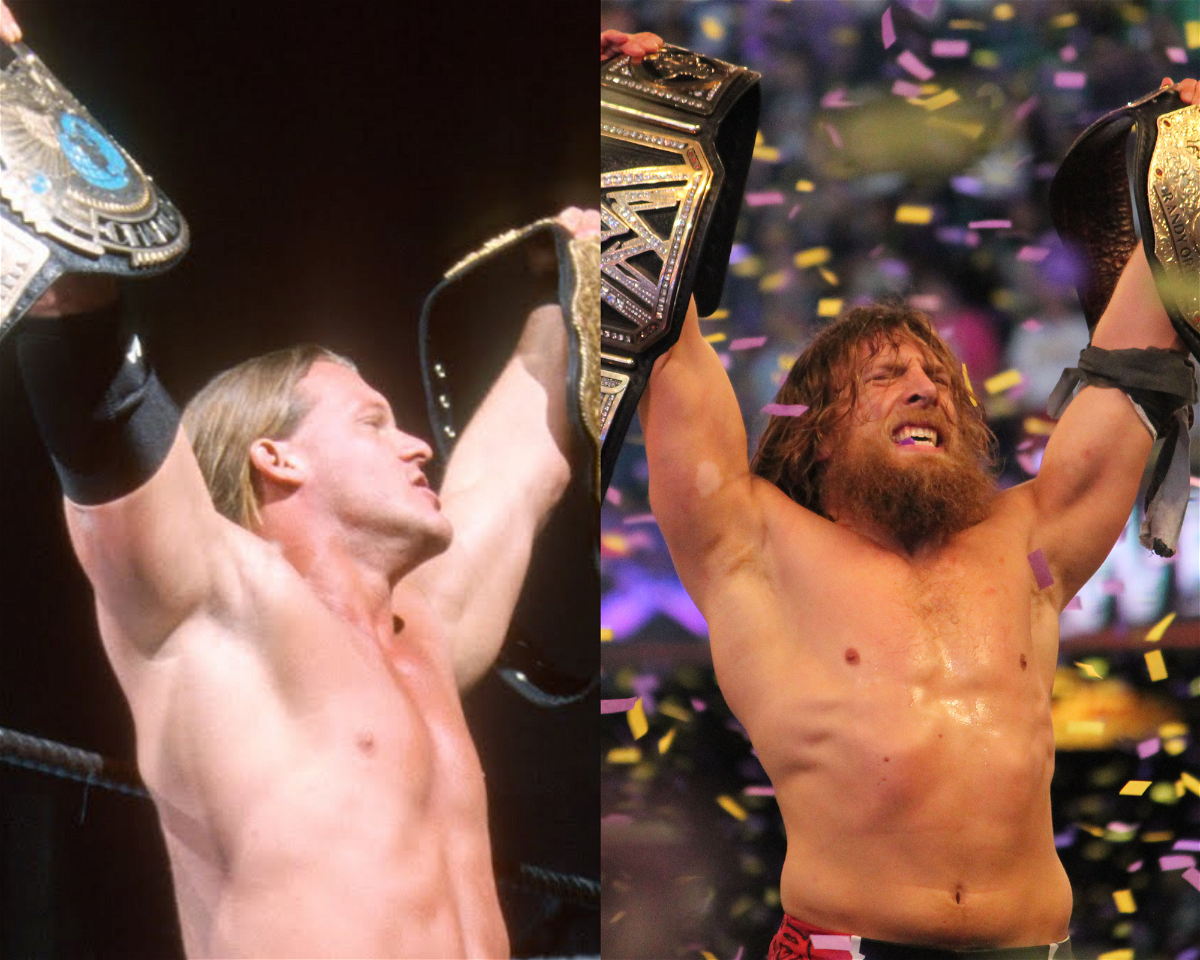 There’s a reason All Elite Wrestling is called “The Promised Land”. Tony Khan has built a reputation of rehabilitating pro-wrestlers’ careers with his company. And that includes some of the biggest names who used to be a part of Vince McMahon’s company. Here are 5 former WWE Champions who are now working for AEW.

5. Jon Moxley is one of the more underrated WWE Champions

Since their debut at Survivor Series to the time they broke up, everyone knew that the true star of The Shield was Jon Moxley (fka Dean Ambrose). And yet, he was the last of the trio to capture the WWE Championship. And though he was mega-over at the time, WWE eventually dropped the ball with him and moved on to AJ Styles.

These days Mox is a changed man. He was the 2nd AEW World Champion, and has done some stellar work with the company in his 3 years with them. He made a star last week when he defeated the rising Wheeler Yuta. And he continues to dominate AEW alongside his Blackpool Combat Club teammate and the next entrant on this list.

4. Bryan Danielson is doing the work of his career in AEW

Daniel Bryan is a 5x WWE World Champion and one of the most universally-beloved figures in the WWE Universe. But we’d be lying if we said what he did there even stands up to his work in AEW.

Bryan Danielson outshined Daniel Bryan with his first match in AEW, and he hasn’t stopped ever since. One of the most-over WWE Champions of all time, and he’s just casually bleeding on weekly TV and putting on 60-minute matches like he never retired. We hope he can keep this going, forever.

3. Jeff Hardy was one of the most-beloved WWE Champions of all time

It is baffling that Jeff Hardy has only won the actual WWE Championship once in his career. The Charismatic Enigma was the highlight of WWE during the Attitude & Ruthless Aggression Eras, and he deserved to win the title way more than just once.

Jeff debuted for AEW a few weeks ago, re-uniting The Hardy Boyz on TV for the 1st time in 3 years. If this is indeed the farewell run of the Broken Brothers, then there is no better place than All Elite Wrestling to end it all with.

The first time we really took notice of CM Punk was around Money In The Bank season, circa 2011. Sure, the Straight Edge Saviour had been around the WWE for a few years, but his program with John Cena and the real-life aspect that came attached to it made him one of the biggest stars in pro-wrestling history.

CM Punk backed up his claim of being The Best in the World by having the longest title reign in nearly 20 years at that point: 434 days. And he’s a man to whom historic moments come easy, because he shook the wrestling landscape once again by signing with All Elite Wrestling. Punk has made his intentions clear: he wants the AEW World Championship, and he wants it soon. If he does that, he will become the 3rd person to have held both the AEW & WWE Championships. The first one being…

1. Chris Jericho is arguably the Greatest Of All Time and yet one of the worst WWE Champions as well

One of the least-talked about WWE Champions was the first person to become world champ in both AEW & WWE. Chris Jericho has become the definition of innovation, but his first (and only) WWE Championship reign was polarizing at best.

Sure, he was the first Undisputed WWE Champion, having unified the WWE & World Heavyweight Championships. But he was booked mainly as second fiddle to Triple H & Stephanie McMahon. As Le Champion, Jericho carried AEW on his back with several memorable segments and constant box office action.

Most of these men have a tenuous relationship with WWE at best, but history will forever remember them as the WWE Champions that the WWE Universe deserved. We look forward to all the names on this list holding championship gold in AEW as well, some day.