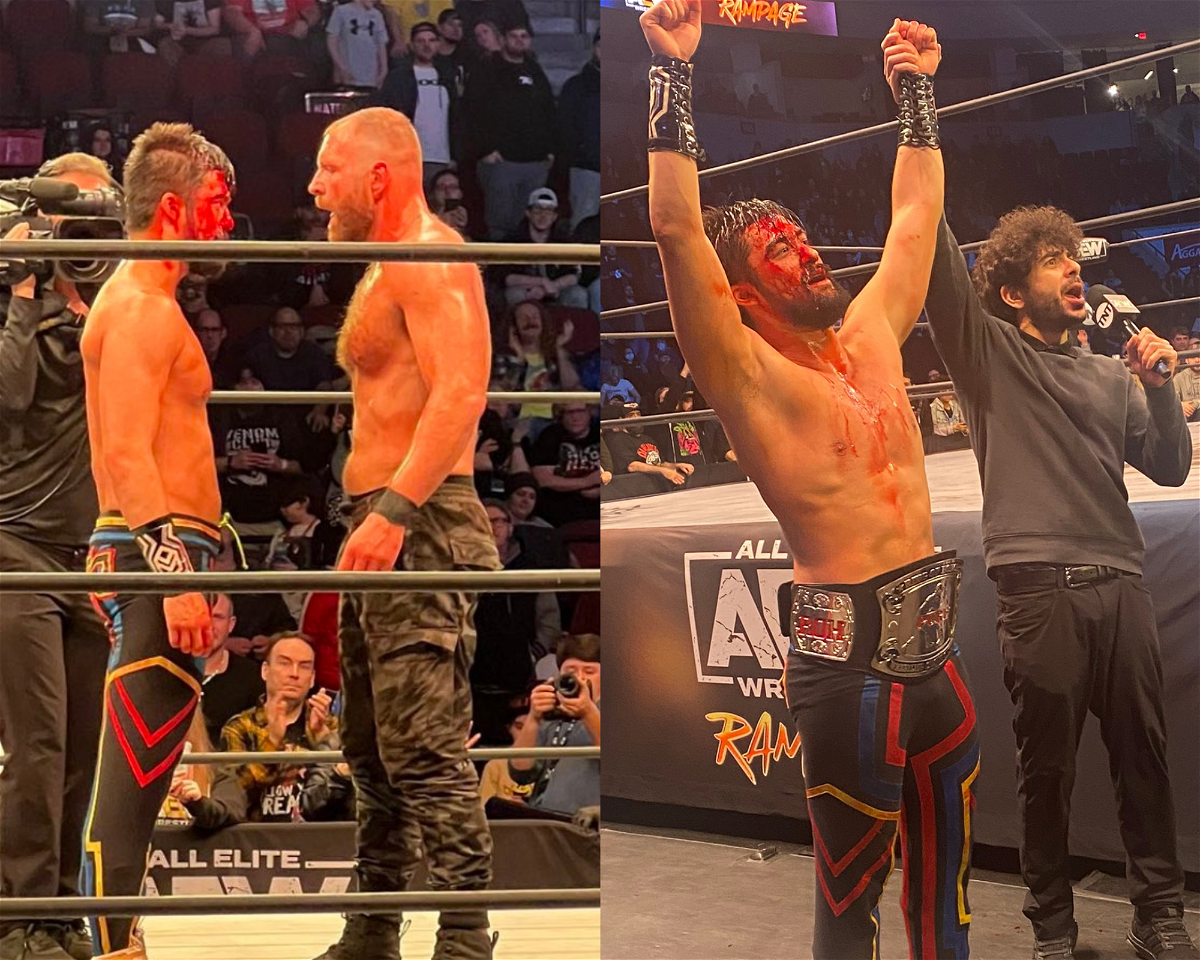 Jon Moxley has been doing sensational work since his return from rehab earlier this year. AEW’s Wild Thing has aligned with Bryan Danielson and William Regal to form the Blackpool Combat Club, which has been the highlight of AEW. And now, it looks will have their first recruit tomorrow night at AEW Rampage.

You won’t want to miss this show pic.twitter.com/5EwbKDrROG

AEW Rampage has become the “fighting” show for All Elite Wrestling

As much as Dynamite has had great wrestling matches in its storied history, AEW Rampage is not far behind in the scene. The 1-hour wrestle-fest that takes place every Friday on the TNT Network is low-key the best hour of Professional Wrestling in the world.

And it is the perfect playing ground for the Blackpool Combat Club, who have been cutting a bloody & violent path through All Elite Wrestling of late. At the last edition of AEW Rampage, Bryan Danielson re-arranged Trent Barretta’s head when he kicked it in. And this week, it’s Mox’s turn to take over the “fighting show” when he battles Wheeler Yuta in what should be a classic match; judging by the clips we’ve seen online.

Wheeler Yuta has become one of the quickest-rising stars in pro-wrestling history. His storyline with the Blackpool Combat Club has been sheer poetry, with Yuta wanting to join the Purveryors of Violence but being denied because he wasn’t “good enough”.

Yuta has since been on the run of his career, capturing the ROH Pure Championship at last week’s Supercard of Honor XV. But this week, it looks like he will finally get his wish and get the official induction into the Combat Club’s ranks. And he will do it by putting on an amazing match and bleeding all over the mat. Take a look.

This image just tells me that Rampage will be worth watching. Especially YUTA vs Mox. #AEWRampage pic.twitter.com/8hvGDooVmo

This can’t be nice to take.

And I can’t wait to see this spot live.

Though Yuta lost the match, he finally gained Moxley’s respect because he had sealed their fight with the Combat Club’s preferred ink; his own blood. This curiously makes the young boy the first member of the Blackpool Combat Club to hold championship gold, which is an accomplishment by itself. AEW Rampage already had a stacked card, but this result makes it even more must-see, to borrow a phrase. And hopefully we get to see Tony Khan speak afterwards; and have the speech air as well.