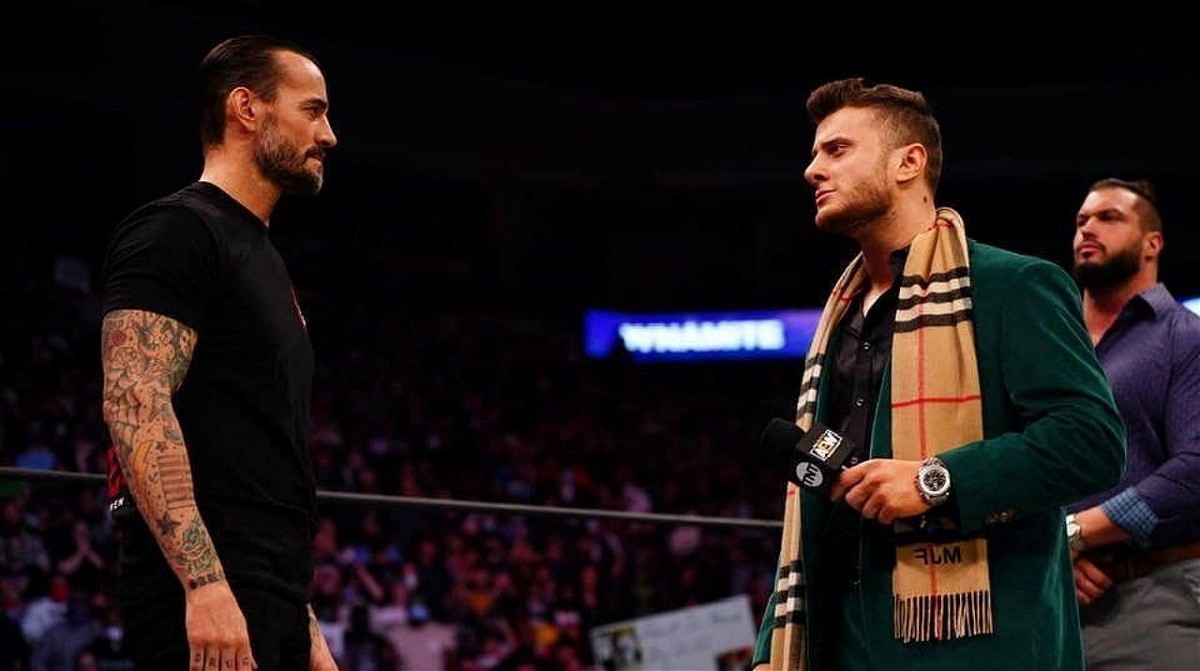 All Elite Wrestling has never been shy of getting a little color on their mats. The promotion has been criticized by the opposition on more than occasion for their comparatively free-reign approach to drawing blood. While we agree that it can instantly raise the stakes in a match and/or feud, it isn’t for the faint of heart. There’s a reason AEW has only had one deathmatch in its history. But somehow, CM Punk might have bled more last night than Chris Jericho did against the King of Deathmatches; Nick Gage.

Ever since the Second City Saint interfered during MJF’s promo on the November 17th, 2021 episode of AEW Dynamite, their rivalry has paced to perfection. For weeks, the pair have been trading verbal barbs with each other that would put the iconic Rock vs Austin promos to shame with their sheer audacity.

CM Punk and MJF have both made sure that the match gets as personal as it can, weaving together story-telling and real-life tales seamlessly in what is the best non-title feud AEW has ever put on. So far, MJF is 2-0 against The Best in The World. CM Punk was looking to change that at AEW Revolution; till last week, when Little Max cut one of the best babyface promos we’ve seen in the company from someone who isn’t Cody Rhodes.

For an entire week, Maxwell Jacob Friedman had the professional wrestling world in his palms. Everything he said in that promo is real, as confirmed by veteran pro-wrestling podcaster Conrad Thompson.  When CM Punk stepped into Daily’s Place last night, he was looking to comfort a life-long fan. And for a short while, it looked like MJF would finally, truly embrace his childhood hero. Then he gave Punk a hoof down under, and painted his brand new T-shirt with The Second City Saint’s blood. It’s a little uncomfortable to watch, so we’re going to warn you now, before you check out the link below.

“The greatest trick the Devil ever pulled, was convincing everyone that he didn’t exist”. Clearly, MJF has been studying his CM Punk tapes and decided to do a deep-dive into the build-up for his WrestleMania 29 match against The Undertaker. After the brutal assault was over, Punk was helped to the back by Sting. AEW Revolution airs this Sunday on March 6th, and we honestly can’t wait to see how The Best in the World responds to this absolute violation of human empathy.

“I’m going to show you and all these mindless sheep that I’m the devil himself!” @The_MJF delivers a bloodied @CMPunk a chilling message! Watch #AEWDynamite LIVE on TBS right now! pic.twitter.com/lWOernyu4H