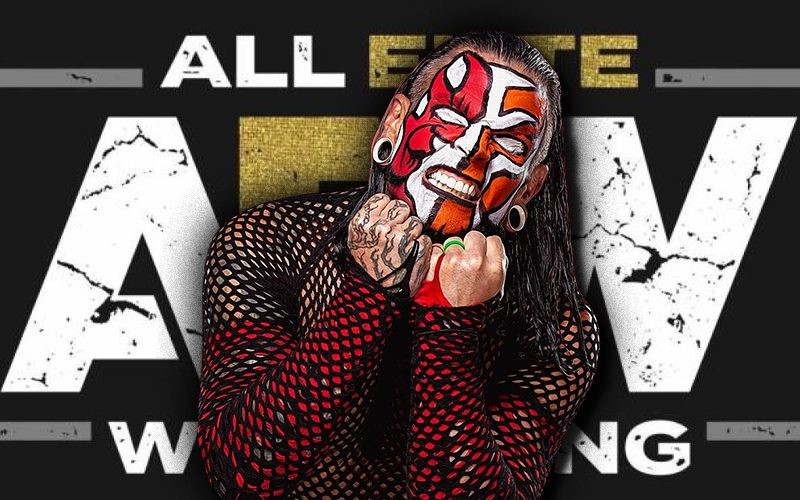 We know he’s called the Charismatic Enigma, but you’d think Jeff Hardy would be able to keep a secret. The former WWE Superstar seems to have gone back on some pretty huge claims he made in an interview recently; and it looks like it all has to do with his contract situation.

Jeff was a part of WWE as recently as December 2021

The Hardy Boyz had a rough time adjusting to the new WWE when they re-signed with the company in 2017. They captured the Raw Tag Team Championships at WrestleMania 33 and things were going good for the first few months. Then it became clear that WWE clearly still saw Jeff as the more valuable Hardy.

His brother Matt ended up signing with All Elite Wrestling in March, 2020 owing to creative frustration within WWE. Jeff himself would follow in his brother’s footsteps. Hardy walked out in the middle of the main event of an Edinburg, Texas house show on December 6, 2021. He was released from his contract three days later, but being a part of the main roster, Jeff was subjected to a 90-day non-compete clause; a fact he apparently forgot about in the midst of his Reunion/Retirement Tour.

The Hardy Boyz are re-uniting for One Last Run. Having spent over 30 years in the business, the brothers are foundational veterans of tag-team wrestling. Their Final Tour begins in Big Time Wrestling on March 12th, and will continue well into the summer.

In a recent interview with YouTuber Jared Myers, Hardy went as far as to say that he was debuting with Tony Khan’s promotion, but has clarified that it was “just a goal” in a recent tweet.

Nothing is official, https://t.co/LtLomkmeE6 can’t be right now.I’ve simply set a goal for myself & I will achieve it…eventually?
The main thing is,”Don’t get excited!”

Kinda hard to not get excited when your cover-up is so blatant, Mr. Hardy. Regardless of what he has said to avoid courting legal troubles, it’s only a matter of time before Jeff joins his brother Matt on Wednesday nights. Every wrestler on the AEW roster has been busting out vintage Hardy Boyz moves of late, and Matt went so far as to recreate Jeff’s infamous walk-off on live TV. At this point, we’re just hoping that Jeff Hardy becoming All Elite is the “massive announcement” that Tony Khan is going to make next week. Fingers crossed!

Robbery? Was Jack Catterall Robbed Off a Decision Win Against Josh Taylor for the Undisputed Light-Welterweight Title