by Jayakrishna Dasappan
in AEW
0 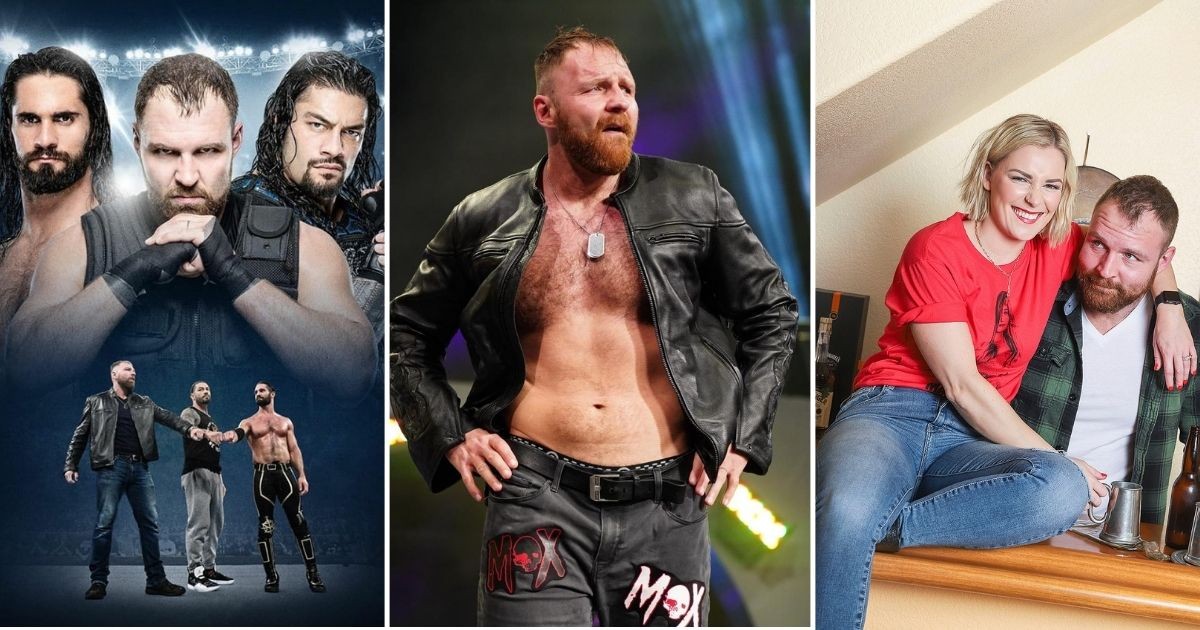 Jon Moxley is one of the biggest names in AEW. Moxley has made a name for himself with his unorthodox and dangerous wrestling style. After making a name for himself in WWE, Moxley chose to leave WWE and signed with AEW. In WWE, wrestling under the name Dean Ambrose, Moxley was part of the infamous S.H.I.E.L.D alongside Seth Rollins and Roman Reigns.

The trio had a stellar run and have forever etched their name in the history books as one of the best factions in Pro-wrestling. Ambrose is a GrandSlam champion in WWE and also holds a record for the longest reign as a United States Champion in WWE, with 351 days.

Moxley now has currently taken a break from singles competition and is testing his luck in the tag team division. The former AEW World Champion is part of the Blackpool Combat Club alongside Bryan Danielson and Wheeler Yuta. The faction is managed by William Regal.

.@BryanDanielson and @JonMoxley with the sheer and utter destruction of the #VarsityBlonds! #AEWDynamite is LIVE on TBS right now! pic.twitter.com/M4XGmVjJpq

Besides that, Moxley also competes in the independent circuit from time to time and he is the current World Champion at Game Changer Wrestling (GCW)

His run in both the WWE and AEW is well-known by most people. But who was Moxley before joining WWE? Who is his wife? Let’s dive deep into the life of the former AEW Champion.

Who is Jon Moxley?

Jon Moxley was born on December 7th, 1985 in the East End of Cincinnati, Ohio. Moxley’s real name is Jonathan David Good. Although Moxley has a reputation for keeping his life private, he has been open about having a rough upbringing.

His friends and neighbors all were really poor and just to thrive in the East Ends they all had to shoplift. The one thing that kept Moxley’s mind away from all this was professional wrestling. Growing up, Moxley was a huge fan of Bret Hart. The Cincinnati native learned a lot about wrestling by watching Bret Hart’s matches over and over again. Jon also made it a point to read everything about Bret Hart.

While Moxley was studying at Amelia High School, at the age of 18, he began his professional wrestling training. After training for a little over a year, Moxley decided to drop out of school to invest all his time into the training.

Jon was trained by Les Thatcher and Cody Hawk at the Heartland Wrestling Association (HWA). It was at this same promotion that Moxley sold popcorn and set up the ring for the shows in order to pay for his training.

When did Jon Moxley aka Dean Ambrose make his wrestling debut?

In 2004, Moxley made his professional wrestling debut for the same promotion. In just a year after his debut, Moxley won the HWA tag team titles. He won the titles twice with a different partner each time. His first run was with Jimmy Turner and the second time was with another top Indie star Ric Byrne. Moxley has also captured the tag titles once with his trainer Cody Hawk. In 2006, Moxley reached the top of the mountain at HWA by winning the World Heavyweight Championship. From there on Moxley dominated the Indie scene until he signed with WWE in 2011.

Jon Moxley’s career as an actor

During his run in WWE, Moxley quickly became one of the faces of the company and that provided him the opportunity to venture into the acting business. Moxley starred in the third and final part of the 12 Rounds film series that was produced by WWE. Moxley played the role of a cop who was stuck in the police station trying to fight of corrupt officers trying to end his life. The film went straight to DVD in the year 2015. The previous 2 parts featured John Cena and Randy Orton respectively.

Moxley met the love of his life during his time in WWE. She was Renee Paquette, formerly known as Renee Young. Rene was an announcer and backstage interviewer for WWE. Not just Moxley, Renee also has created records and broken barriers during her time in WWE. Renee became the first female to commentate an episode of Monday night Raw.

I’ve tried to write a caption for this several times over but nothing can truly relate how much I’m freaking out about this!! ???? can’t wait to call Raw with @michaelcole and @wwegraves… https://t.co/3dSgOupojT

What was initially planned to be a one-time gig, soon became the norm. Renee created history once again after becoming a full-time commentator on Raw. Before becoming a commentator on Raw, Renee hosted the infamous Talking Smack alongside Bryan Danielson, the current tag team partner of her husband.

In 2018, Renee created history yet again by becoming the first women ever to commentate a live event in Saudi Arabia. Renee paved the way for the female superstars to also compete in the country. She was part of the commentary team for WWE’s Crown Jewel event.

While speaking to BBC Radio, shortly after her gig at Crown Jewel, Renee spoke about how special it was to be the first female to play an active role in Saudi Arabia.

“One thing I will say that was very cool about that, as well is being a woman welcomed into Saudi Arabia, to step into the announce booth and be part of the broadcast, is how many men, women, children coming up to me, knowing that this was a big moment of change and that there is a demand and need for women to be performing in Saudi Arabia. So, [the Saudi people] are asking for it, certainly.”

In 2017, Renee and Jon went public with their relationship after getting married.

The couple randomly decided to get married. While speaking to E! News, Renee revealed that the couple had no proper wedding planed, nor did they invite any of their friends to witness the wedding. Instantly after Moxley popped out the wedding ring, both made the decision to get married the same night. It was late night and the couple found a pastor on Yelp to officiate their marriage. The couple live in Las Vegas and they got married in true Las Vegas fashion.

In June of 2021, the couple were blessed with their first child, a baby girl. The two named their first daughter, Nora.

Baby girl is officially here, so I’m checking out and becoming a mom. (She’s absolutely incredible!! ????) I have a bunch of guest hosts lined up for you guys and I started with none other than my baby daddy, cool dude husband @JonMoxley check it here- https://t.co/YC3k4fqOwN

Jon Moxley is in his prime and is entertaining the fans by doing what he does best and Renee is also entertaining the masses with what she does best, talking. Paquette hosts her on podcast, ‘The Sessions’ and has a guest every week and they have a fun conversation. She still has a connection with the world of professional wrestling by inviting wrestlers as special guests on her podcast. She has had stars like Adam Cole, Johnny Gargano and even the current AEW World Champion, Hangman Adam Page as guests on her podcast.

Jon Moxley is one of the most dangerous men inside the squared circle. But outside of wrestling, Moxley is a soft, loving husband and a caring father. Moxley is working harder than ever to support his family and provide his daughter with a happy and bright future.