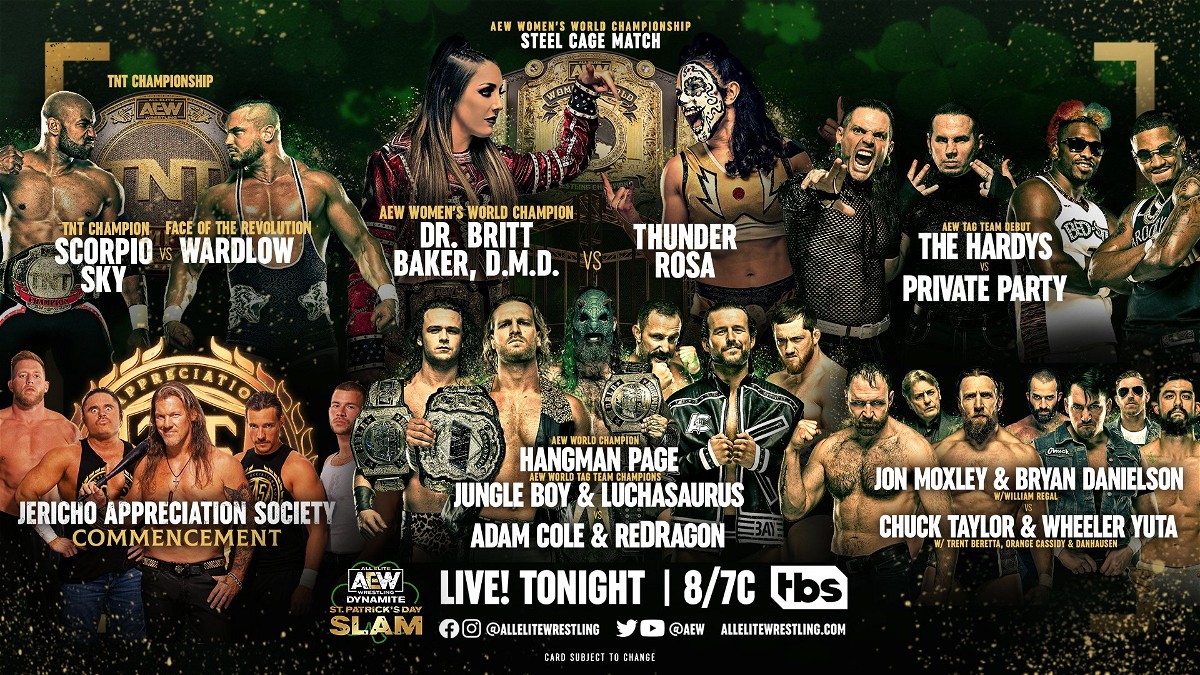 It was Wednesday last night. You know what that means. AEW Dynamite held its second St. Patrick’s Day Slam Special and it was a show stacked with some stellar action- and surprisingly enough- Sports Entertainment. We had some great matches, Wardlow continued to gather momentum for his face turn, and a massive title change that was long overdue (click here to know why). This is going to be the first list with more Highs than Lows; and I’m so glad to be saying that. Here’s all the Highs & Lows from last night’s episode of AEW Dynamite.

High: Chris Jericho gives us a lesson in Sports Entertainment on AEW Dynamite

You’ll see almost every other wrestling news site tell you that the name for Chris Jericho’s new stable is stupid. Don’t believe them; they don’t even get the gimmick, in my opinion. The latest incarnation of Y2J is one of the most-egoistical creatures in all of Professional Wrestling; or shall we say Sports Entertainment?

With a single promo, Jericho answered every question we had about the Inner Circle and the Jericho Appreciation Society. He managed to make sense out of that convoluted mess in about 10 minutes; and gave 2point0’s members brand new names more in-line with the greatness of The Alpha.

“ 2PointO by the way that’s a stupid name from bad creative and you’ll never hear it again, we don’t use fake names in the Jericho Appreciation Society” — Chris Jericho on #AEWDynamite pic.twitter.com/Rj8WIl2eGs

At this rate, it won’t be long before people start mentioning Chris Jericho’s name in the same conversation as Bruno Sammartino, Superstar Billy Graham, Simon Gotch & Lou Thesz. The Influencer remains Pro-Wrestling’s Best Chameleon, and I am so here for it.

New names for a new force to be reckoned with! | #JerichoAppreciationSociety | Watch #AEWDynamite: #StPatricksDaySlam LIVE on TBS right now! pic.twitter.com/SmEKPqaJlx

High: The Hardy Boyz make their in-ring return after 3 years on AEW Dynamite

This one’s pretty self-explanatory. The Hardy Boyz are the greatest tag team in the world, and for 3 years, they’ve been separate from each other. They re-united last week, when Jeff Hardy made his AEW debut. And this week, they put on a tag team clinic against one of AEW’s best duos; Private Party.

The match was everything you could’ve expected from these four men, and the Hardy Boyz picked up a victory in typical Team Xtreme fashion. Can’t wait to see them tear through AEW’s tag team division on their Last Run Together.

Low: The opening trios match felt more like a house show contest; and it featured all the World Champions

This is just me being nitpicky, but it would’ve helped a lot more if this match didn’t feel like a crowd-popping appeasement tactic. All 6 men went hell for leather, and bust out some amazing moves in the match-up; like this coordinated Triple Moonsault.

And this nasty Double Doomsday Device.

But beyond that, there wasn’t a lot of story here. Yes, Adam Cole has history with Jungle Boy, but for some reason, AEW’s match formats make the action seem a lot less… meaningful. I can’t believe I’m siding with Eric Bischoff on this, but Tony Khan really needs to start planning certain segments to make sure his shows hit their maximum potential. Now that that’s out of the way…

Wardlow is the most-over person in All Elite Wrestling; and it shows. Mr. Mayhem’s TNT Championship match was a masterclass in crowd control; Scorpio Sky kept deriding Wardlow, and The Wardog kept playing the crowd like the destructive conductor he is.

MJF’s interference solidified Wardlow’s split from Long Island’s Finest, and it looks like Shawn Spears is the next person on Mr. Mayhem’s list.

This match was surreal. Britt Baker and Thunder Rosa put on a barnstormer of a match at last year’s St. Patrick’s Day Slam. This year, they upped the stakes and locked themselves inside of a Steel Cage; all for the biggest prize in All Elite Wrestling.

We have a Championship match on our hands! It’s Dr. @realbrittbaker (c) vs. @ThunderRosa22 on #AEWDynamite: #StPatricksDaySlam LIVE on TBS! pic.twitter.com/YQhXjJFhwA

I still stand by what I said; Thunder Rosa should’ve won the title at Revolution. I get that Tony Khan is trying to change the way wrestling itself is consumed, what with him putting on non-PPV “TV specials” every other week. But the story here was too Shakespearean for me to ignore. An entire year after THAT Lights Out match, Thunder Rosa finally defeated The Good Doctor and hoisted the AEW Women’s Championship for the first time in her career.

#AndNew!!!!!!!!@ThunderRosa22 is your #AEW Women’s World Champion after an absolute war against Dr. @realbrittbaker! What an amazing night here at #AEWDynamite #StPatricksDaySlam LIVE on TBS! pic.twitter.com/u85zfRh51D

The crowd were loving it, I was loving it, and it was the perfect end to a very, very good show. St. Patrick’s Day Slame 2022 proves that when All Elite Wrestling has a good day, it puts on the best damn pro-wrestling show in the entire world. 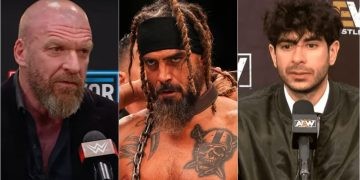 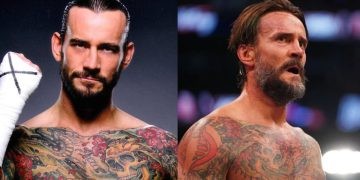 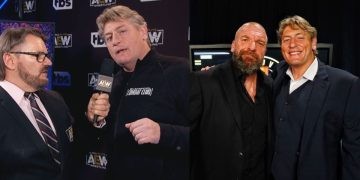