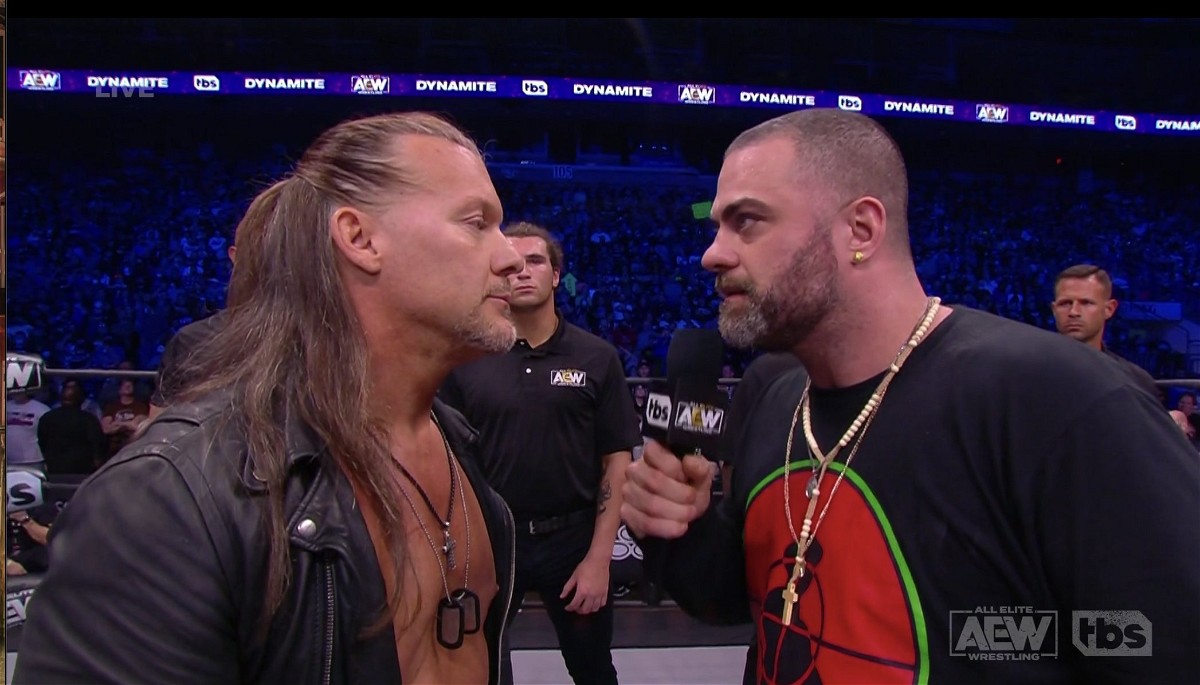 An argument can be made that without Chris Jericho, All Elite Wrestling wouldn’t be where it is today. He was the biggest signing for the company when it launched at the tail-end of 2018. He was its first- and most important- World Champion. He has been a highlight of AEW programming for the better part of 3 years; and according to him, that’s something Eddie Kingston REALLY doesn’t like.

It’s @IAmJericho vs. @MadKing1981 for the 1st time ever THIS SUNDAY 8pm ET at #AEWRevolution LIVE on PPV! Available on all major providers, @BleacherReport, @FiteTV (Int.) & in theaters @Cinemark, @AMCTheatres, @RegalMovies pic.twitter.com/tK9FgvJyw2

In an appearance at the AEW Unrestricted podcast, Former EVP and 3x TNT Champion Cody Rhodes revealed that there’s an entirely separate contract tier for Le Champion. And it makes sense; after all, it was Kenny Omega’s New Japan tussle with Jericho that gave spark to the idea of AEW being a thing.

To be fair to Eddie, Proud n’ Powerful do deserve a much higher spot on the card. Personally, I think they should have taken the tag belts off the Young Bucks, not Jurassic Express. So it makes me very happy to see the LAX reunite once again in an AEW ring. But it was immediately clear that the bigger headline coming out of New Year’s Smash wouldn’t be PnP’s eventual defection from The Inner Circle; it would be Kingston vs Jericho.

For 2 months, AEW has teased the match through a mix of real fan sentiment and excellent long-term storytelling. It all came to a head during last week’s episode of AEW Dynamite, in a rather heated segment that got real personal, real quick. The Painmaker has since confirmed that the promo was, in fact, not a work.

“I really don’t like him”- Chris Jericho on Eddie Kingston

During an appearance at FITE on Focus, The Demo God revealed his personal thoughts on Eddie Kingston while hyping his upcoming PPV encounter with AEW’s Mad King.

Jericho is in his 4th decade as a top-tier professional wrestler, something he claims Kingston is jealous of. The Mad King has never been afraid to speak his mind to anyone, and that kinda stuff really doesn’t fly with the Ayatollah of Rock ‘n’ Rolla. Their match-up at AEW Revolution isn’t going to be the flashiest. It won’t be the most athletic. But it will be the most brutal encounter on the card. I can’t wait to see where AEW takes this rivalry after that. A little trios action between Inner Circle Originals and a re-united LAX? Book it, Tony.