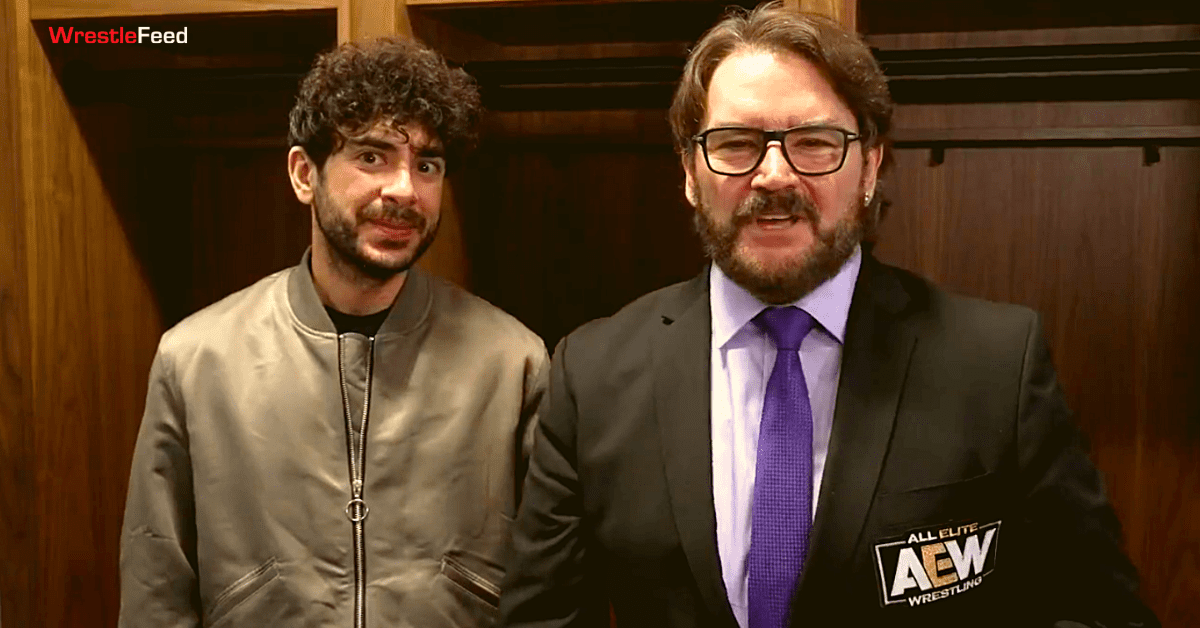 Tony Khan is a busy boy, isn’t he? The President/CEO/GM/Head of Creative of All Elite Wrestling seems to be teasing big announcements on the daily these days. Whether it’s new signings, new foundation tie-ups, or annual tournaments, Khan has ensured AEW progresses at break-neck speed with his decisions; and it looks like he’s got another one that might just blow the Forbidden Door wide open.

Khan has proven that the Pro Wrestling Universe is real

The entire pro-wrestling fandom remembers the results of the 1st edition of Winter Is Coming. Kenny Omega finally turned heel on Jon Moxley and captured the AEW World Championship for the first time in his career. He also took that belt and went to Impact Wrestling, opening the Forbidden Door for the first time.

Since then, we have seen superstars from AEW, Impact and even New Japan Pro Wrestling turn up in each other’s promotions on a semi-regular basis. Tony Khan has effectively brought back the wrestling territory system thanks to his business-savvy dealing; only this time, the playground is much bigger. And it looks like everyone wants to play with the new kids on the block.

Okada wants a supershow to prove the “Power of Pro-Wrestling”

In a recent interview with Sports Illustrated, reigning IWGP Heavyweight Champion Kazuchika Okada expressed his desire for a Pro-Wrestling Supershow. The Rainmaker has been a part of such an event before, when he defeated Jay White to reclaim his belt at the G1 Supercard in Madison Square Garden, all the way back in 2019. Okada said,

I would like to give back with other wrestling companies to all wrestling fans in the world who still support us even in this current situation. “New Japan, WWE, AEW, CMLL, AAA all together. Sounds pretty cool, don’t you think?”

While the possibility of a few of those companies coming together is next to impossible, a supershow isn’t out of the question. AEW Superstar Lance Archer has expressed similar desires in the past. Jon Moxley is still waiting for that Tanahashi match, Bryan Danielson and Okada is something pro-wrestling desperately needs, and Jay White has managed to make Bullet Club reaaaal again.

These just a couple of things off the top of my head; there have been so many Forbidden Door moments in the past couple of years that the shared professional wrestling fandom is finally primed to see all of its biggest stars clash in a No Way Home-esque crossover event. Cody Rhodes and The Young Bucks proved that it can work with 2018’s stand-alone PPV All In; and it looks like Tony Khan might just improve upon it.

In an interview with Tony Schiavone, Khan revealed that he has something “massive” in the works. While the untrained mind might believe this refers to Buddy Matthews’ debut- given that Tony tends to hype up literally EVERYTHING- we think it refers to something greater.

Moments ahead of tonight’s LIVE #AEWDynamite @ 8pm ET/7pm CT on @TBSNetwork, #AEW GM @TonyKhan visited with @tonyschiavone24 to talk tonight’s huge card + a big business deal that he is aiming to close very soon! Join us tonight on TBS for Dynamite on the Road to #AEWRevolution! pic.twitter.com/7tdwCOWCYB

Back when AEW first started working with Impact, most of the details were kept under wraps. It had been in the works for a while, and yet no one suspected a thing when it actually happened. The mention of NDAs has us thinking that Tony Khan might just turn Okada’s cool idea into a very cool PPV event. Scott D’Amore has shown he’s game, and New Japan’s westward expansion could really use the publicity right now. AEW has already changed the landscape of Pro-Wrestling once; it might do it again, and very soon.