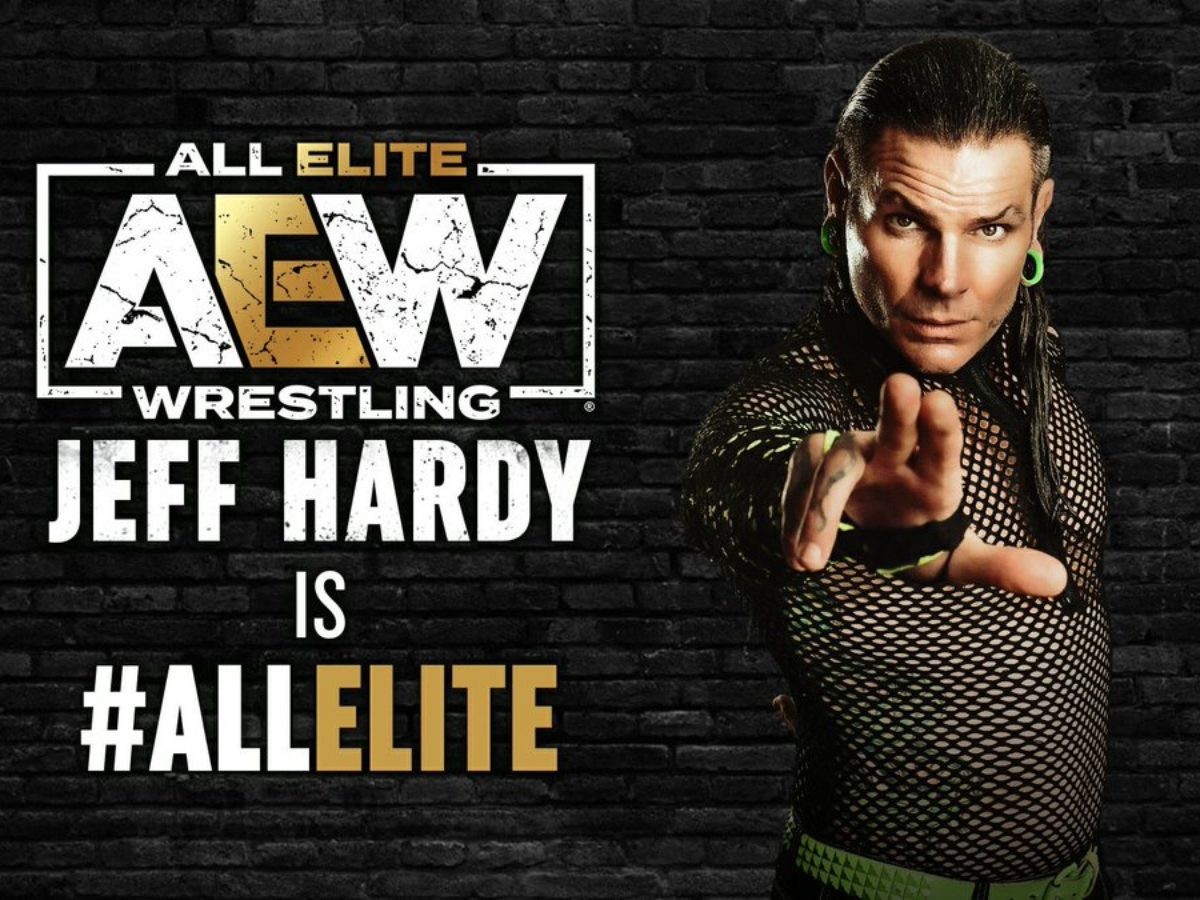 Jeff Hardy is officially All Elite; and it wasn’t a surprise for any of us. Though the crowd at the Hertz Arena in Estero, Florida would have you thinking it was WrestleMania 33 all over again. The Charismatic Enigma caps off a week of incredible additions to the AEW Roster, which include Swerve Strickland, Paige Vanzant, and William effing Regal!

.@RealKingRegal with his first official words here at #AEWDynamite LIVE on TBS! pic.twitter.com/Wd9MCzzH43

Hardy has been linked with AEW since his release from WWE

On December 6th, 2021, Jeff Hardy walked away during an on-going live event where he was teaming with Drew McIntyre. 3 days later, he would be released by the WWE due to a perceived re-surfacing of his demons. The Pro-Wrestling industry is well aware of Brother Nero’s struggles with drug addiction and mental health issues.

WWE assumed the worst when Hardy started acting “erratic”; as it turns out, he was simply done with the company. Since December 9th, 2021, when he was released by his former employers, Hardy has been linked with a move to Tony Khan’s promotion. It only makes sense, given his brother Matt’s prominent role on weekly television. And getting The Hardy Boyz to re-unite and perform on TBS for the first time ever? Now THAT is a moment that will live on Then, Now, Forever.

Jeff spoilt his return a couple of weeks ago, but everything worked out in the end

The Charismatic Enigma needs to admittedly work on the latter half of his nickname because he cannot keep a secret for the life of him. In a backstage interview back in February, Hardy let slip that he was joining AEW. He went back on it later, calling it “more of a goal”, but the bullet was out of the gun by then.

Nothing is official, https://t.co/LtLomkmeE6 can’t be right now.I’ve simply set a goal for myself & I will achieve it…eventually?
The main thing is,”Don’t get excited!”

Now that his 90 Day Non-Compete Clause is officially up, Hardy can breathe a sigh of relief; he doesn’t have to worry about wrestling fans getting “excited” prematurely anymore. Instead, he instigated them himself last night, when he ran down to save his brother from a 6-on-1 beatdown. After Andrade El Idolo & the rest of the AHFO decided to vote Matt Hardy out of the company, he was saved by an intervention from Sting, Darby Allin; and his brother, Jeffrey Nero Hardy.

Team Xtreme’s residential high-flyer proceeded to take out El Idolo’s entourage alongside his brother. The Hardy Boyz re-united on television for the first time since 2019, when they were separated during the WWE Draft. Jeff hit a beautiful Swanton Bomb on The Blade, and embraced Matt as Darby Allin & Sting stared the duo down.

It looks like The Icon and his protégé are going to be the first All Elite opponents that The Hardy Boyz take on as part of their Last Run. Matt & Jeff are slated to compete this weekend for Big Time Wrestling, where they will go up against the winners of SAT vs The Briscoes in the main event. It looks like The Hardy Boyz are going to sweep through every promotion in the world, as they look to bring their illustrious career to a respectable end. But to be completely honest with you? The Tweet I’ve attached below is the Jeff Hardy match I need in my life; STAT!