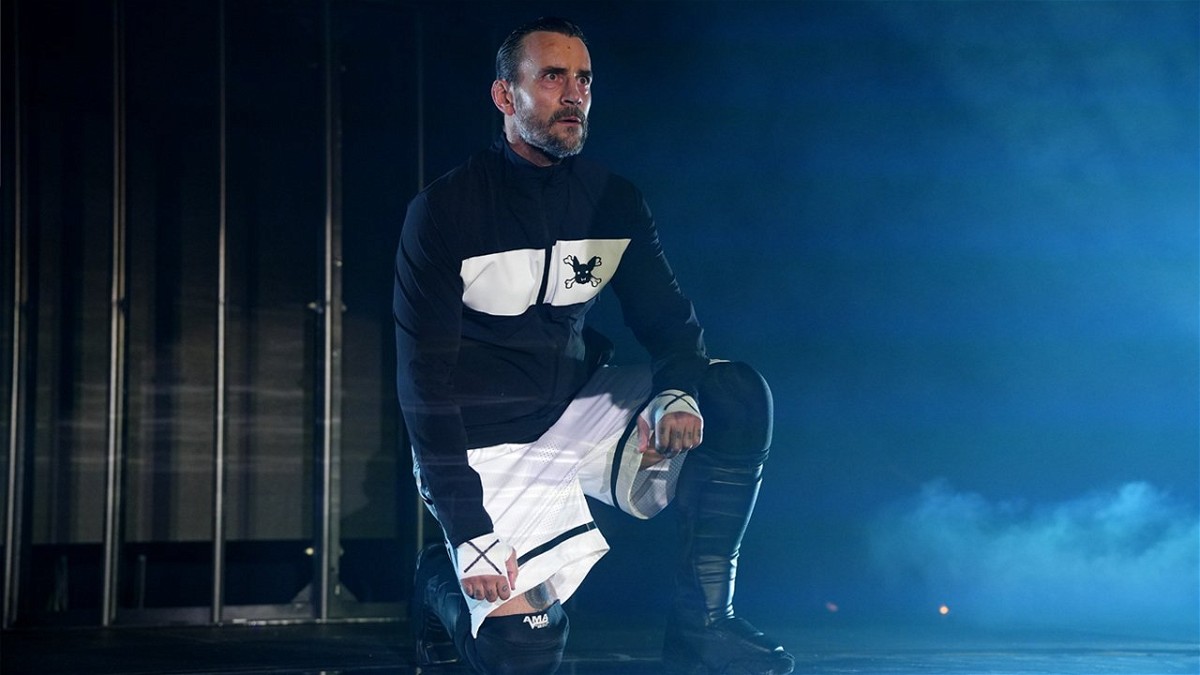 CM Punk put on one of the best performances of his illustrious career at AEW Revolution 2022. His feud with MJF has been one of the best non-title feuds in professional wrestling history. And now, they’ve had the best Dog Collar Match of the modern era. The Best in the World paid homage to his Ring of Honor roots at the PPV, and was filled with gratitude, emotion- and saltiness- at the post-Revolution media scrum.

If you were confused by the entrance theme CM Punk used for his match against MJF, we don’t blame you. We never thought we’d hear it ourselves. AFI’s Miseria Cantare was the entrance music that The Second City Saint used during his stint with Ring of Honor; the promotion that’d make him who he his today.

His wars with Raven, Bryan Danielson & Samoa Joe solidified him as one of the best professional wrestlers out there. And of course, the Summer of Punk was birthed in ROH. After Tony Khan bought the promotion last week, the wrestling world has been rejoicing about ROH’s legacy being in “good hands”; something CM Punk whole-heartedly agrees with.

CM Punk gets very emotional during the post-Revolution media scrum

CM Punk was more emotional than usual after his performance at AEW Revolution. The ROH Hall of Famer cried at several points during the post-show media scrum, and showed his gratitude to Tony Khan for making essentially buying ROH. CM Punk said,

“I loved ROH so much, and I can’t explain how happy that I am that my footage, it’s in good hands. It’s just good to know it’s in the hands of somebody who will treat it well. I literally feel like my baby is in someone’s hands who will raise the child the right way and do good things with it. And it won’t get made into just some tab on a shitty, confusing app that’s hard to navigate and the boys don’t get paid anything off it.” – Transcribed by cagesideseats.com

He also had a few poignant remarks about his idol and WWE’s business dealings in general. It’s no secret that CM Punk loves Bret Hart. He’s been paying tribute to The Hitman in any way he can since joining AEW. His match against Wardlow was almost-identical to Bret Hart vs Diesel from Survivor Series 1995.

His appreciation for the Excellence of Execution didn’t end there. When he was discussing his legacy in professional wrestling and the fact that his best footage wasn’t with Vince McMahon, he also dropped a bombshell of a statement on his former employers. CM Punk spoke about his immense gratitude to be back in the ring, and lamented the fact that Bret Hart couldn’t.

“I love Bret Hart and Bret Hart’s career was cut short. It’s a goddamn tragedy because there’s people that go over to Saudi Arabia & they get paid millions of dollars & that should have been Bret.” -CM PUNK

Hart had to retire prematurely due to an errant kick from Goldberg, who is still performing well into his 50’s. To Phil Brooks, that doesn’t seem fair. CM Punk also touched upon several other topics like WWE Royalties, ROH’s future, and his World Championship aspirations. You can check it all out in the link below.