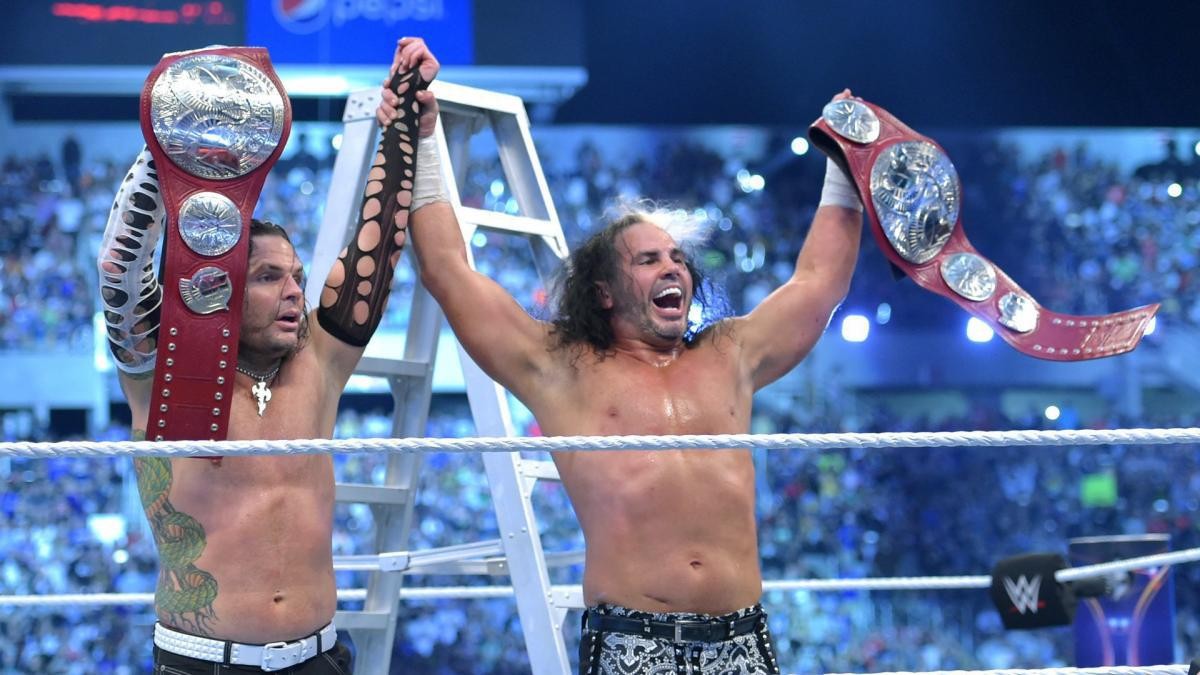 The Hardy Boyz are back together! And it looks like this is going to be their swansong. Matt & Jeff Hardy debuted on WWE programming in 1998 and have had a career worthy of any Wrestling Hall of Fame. Team Xtreme has spent nearly 25 years performing at the highest level in all of professional wrestling. On February 15th, 2022, they announced that they’re reuniting for one last run. And word has it, AEW is the biggest stop of their Road to Retirement.

The Hardy Boyz are one of the most-decorated tag-teams in WWE history, having won the tag team championships on 9 separate occasions and being the only time to win every incarnation of the titles (World, Raw & Smackdown). They’ve had era-defining match-ups against Edge & Christian, The Dudley Boyz, The APA, The World’s Greatest Tag Team; and each other.

In 2017, they re-shaped the tag-team landscape with their “Expedition of Gold”. The “Broken” Hardy Boyz won 6 tag team championships as part of this expedition. This includes companies like OMEGA, The Crash, MCW, Impact & Ring of Honor, where they wrestled the Young Bucks at the Supercard of Honor XI on April 1st.

They made WWE history again by returning to the company the very next night. The Hardy Boyz stayed with WWE until 2019, when Matt was released. Jeff would follow suit 2 years later due to, what can only be described as, a total lack of faith from the company.

The Hardy Boyz are all set for one final run, and they might end it in AEW

Jeff Hardy was released on December 9th 2021, and his 90-day non-compete clause expires real soon. The Hardy Boyz are reuniting for One Final Run, and it starts off with New England-based promotion Big Time Wrestling. Team Xtreme are set to take on the winners of The Briscoes v/s The SATs on March 12th in Webster, MA.

Their second match takes place the very next day, where they will face-off against Matt Cardona & Bryan Myers and The Major Players. The third will see them return to MCW on May 15th, when they compete at MCW Spring Fever.

More dates are bound to come in sooner than later, and it looks like the Hardy Retirement Tour might cross Khan Junction. Several reports have suggested that Jeff’s AEW debut is only a matter of when; not if. If my mouth wasn’t salivating already, I’d have doused it with Triple H’s bottle by this point.  While it is bittersweet realizing that this might be the last run they ever have as professional wrestlers, The Hardy Boyz have more than earned their retirement. For now, I’m just going to sit back and enjoy the show.