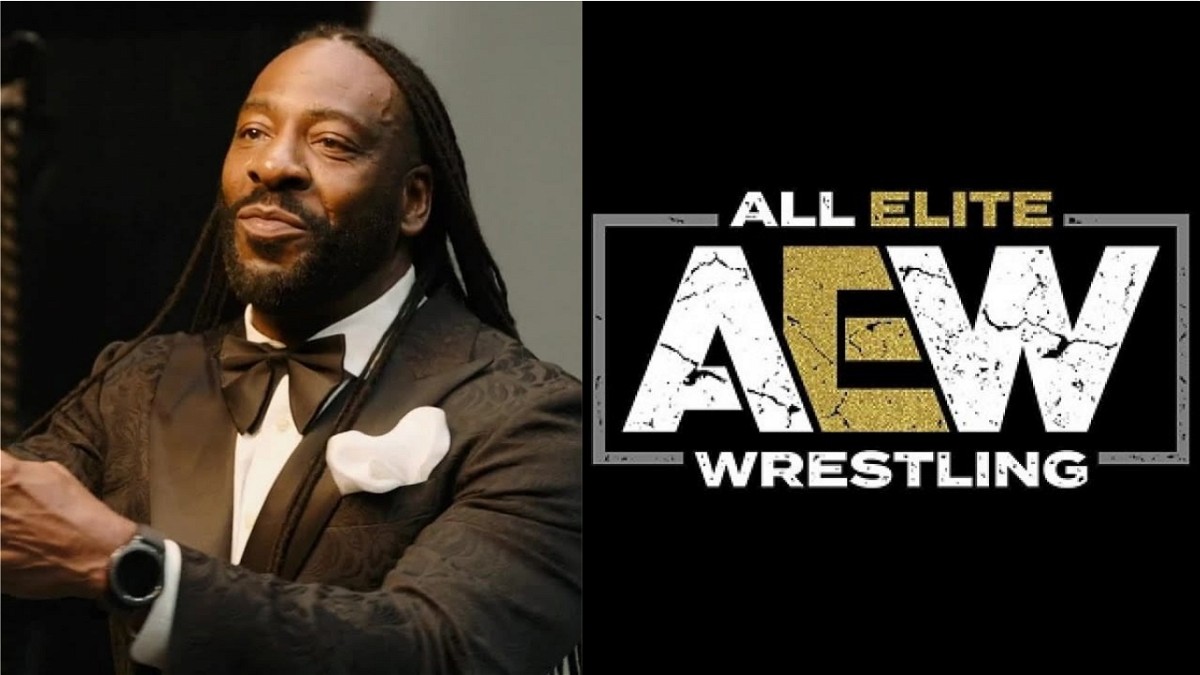 Booker T, a WWE Hall of Famer, says AEW Dark is a step down for former WWE wrestlers. On a recent episode of his “Hall of Fame” podcast, Booker discussed the importance of professional wrestlers focusing on more than just wins and losses. The statement was made in light of Matt Hardy and Paul Wight appearing on AEW Dark.

Booker T discussed the importance of observing wrestling from different points of view in a recent episode of his Hall of Fame podcast. He denotes that wrestlers can miss out on a lot if their sole focus is only on winning and losing. The former WWE King of the Ring added that a wrestler should focus more than just being on the main event. They should learn to grow as a performer. Here’s what the 2-time Hall of Famer had to say.

“Hell yeah, it’s a demotion. I know that’s going to get picked up, but hell yeah it’s a demotion. Dammit, I’m not working on Dark. For me, working on Dark, which is a show that is only on the internet, should be for the young guys coming up. I didn’t come from the big show, no pun intended, which I am talking about WWE, I didn’t come from WWE to come to AEW to work Dark.”

Booker T added, ” don’t even know what Dark is, I don’t know who’s on it, I don’t know when it’s aired or anything like that. So, for me to be on Dark, it would make me feel a certain way, me personally”.

Is performing in Dark a demotion for wrestlers?

AEW Dark is not on mainstream television. It airs on YouTube. The show is pre-taped and focuses on giving exposure to rising new talents. Most superstars who perform in AEW Dark are from the independent wrestling circuit. Former WWE superstars, Matt Hardy and Paul Wight (formerly known as Big Show) had made appearances on the show.

Paul Wight and The Hardys are wrestling legends who have etched their names in WWE’s history books. They are capable of drawing big audiences for AEW. But the downgrade from television to the internet may not sound good for any WWE superstar looking to jump ship to AEW in the future. Additionally, it could demotivate WWE superstars to move to AEW, something that’s obviously not in favor of a promotion thinking if signing the big names and competing against the biggest professional wrestling company that there is.