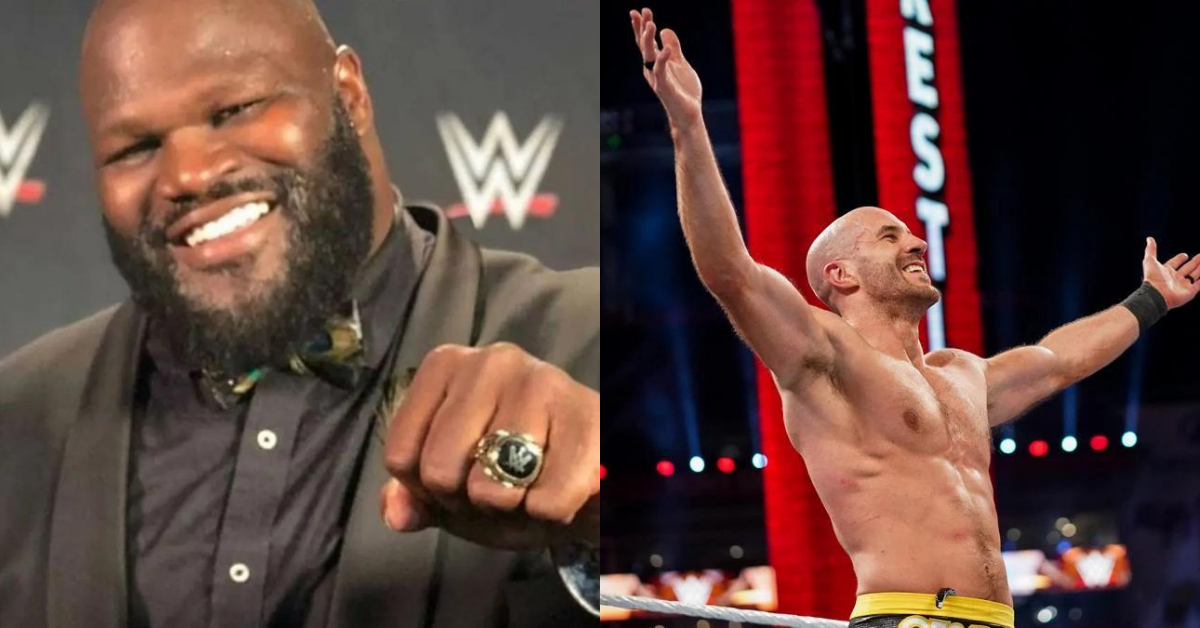 Former World Heavyweight Champion and recruiter extraordinaire Mark Henry has made a bold claim. The World’s Strongest Man is known to have a keen eye for rising talent; and recently revealed his expectations for a Cesaro sighting in AEW.

Cesaro was one of the most-underrated “pure wrestlers” in WWE

The fact that “Stone Cold” Steve Austin is publicly calling out the company that made him a global superstar for not booking someone right tells you all you need to know about Cesaro, really. The Swiss Cyborg has repeatedly received high praise from industry greats and fans alike for his superhuman strength.

Ric Flair saying he’ll personally manage your ascent to the top and get you a marquee Brock Lesnar match is no joke. In the decade he spent on the main roster, the Swiss Superman had only one singles title run; which we think is insanity.

Cesaro spent 10 years on the main roster, and only had 1 singles title reign in WWE. ????
This is an absolute crime. pic.twitter.com/fNPY2Tx3f9

The fact that he gave Roman Reigns his last truly great “match” in WWE proves that letting Cesaro go was a terrible idea. Especially when a competitor is just waiting in the wings to come snatch him up.

Mark Henry: “Believe me, there will be a Cesaro sighting, just not right now”

The World’s Strongest Man is also one of its smartest. Mark Henry retired from active in-ring competition in 2017 and has since become one of the best scouts in pro-wrestling history. For example, he was the one who signed Bianca Belair to the WWE and motivated her to become a star. And now, it looks like he’s going to bring in the man he once had an arm wrestling contest with.

Speaking on Busted Open Radio, Henry revealed that he thinks despite his lowkey status, Cesaro will eventually be sighted in an AEW ring. He also believes that when he does arrive in AEW, fans will finally rejoice, with him getting the oft-denied “big push”.

If Cesaro does end up in AEW, we already know what his first feud is going to be. Eddie Kingston has been rather vocal about his disdain for the former Claudio Castagnoli, and given their history, we’re not surprised.

All I am going to say is, he doesn’t have the balls to come to AEW.

Give Cesaro vs Kingston 20 minutes on a PPV and watch them absolutely tear the house down with some of the stiffest, most-realistic wrestling action this side of the Pacific.