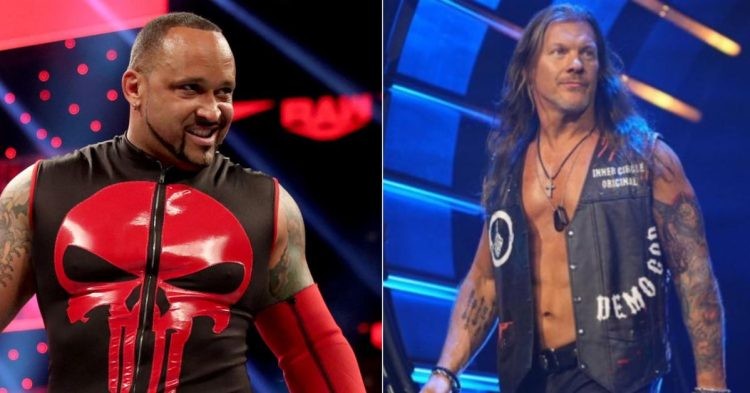 WWE superstar MVP and AEW Star Chris Jericho were recently involved in a tense confrontation at a hotel in Houston, Texas. The incident occurred in May. MVP was reported to have interrupted a conversation Chris Jericho was having with Matt Hardy.

There are moments when things can get pretty heated at times. The heat between MVP and Chris Jericho dates back to the time when Chris Jericho blocked MVP on Twitter.

Dave Meltzer reported that WWE star MVP and AEW star Chris Jericho had a tense encounter after the AEW Dynamite show in Houston, Texas. The incident occurred on May 18. Many people thought that the confrontation was a joke, but things eventually got heated up pretty quickly. The encounter took place in the hotel at around 1 AM, as MVP arrived at the hotel. People believe that this confrontation originated from a Twitter war in 2020.

The heated spat appeared to be real, but it never escalated into a fight. The confrontation ended with Jericho telling MVP that he didn’t work or fight with jobbers and entered the elevator. This led to MVP screaming about it since he didn’t take the insult too kindly.

Reasons behind Chris Jericho and MVP’s hatred for each other

MVP and Chris Jericho had shared the WWE locker during the late 2000s, and both superstars had a feud in 2008 and 2009. The heated exchange at Houston last month is believed to have escalated since Jericho blocked MVP in 2020. The former AEW World Champion had tweeted about the time it took to finalize the results of the US presidential election between Biden and Trump. It led to MVP asking Jericho to remove the tweet as soon as possible.

Later, Jericho proceeded to block MVP on Twitter. The heated spat between MVP and Jericho is rumored to have begun almost 18 months ago. MVP reportedly told a fan that he believed the Twitter block came as a result of him replying to Jericho’s US presidential election tweet. MVP later reacted to the hotel incident by stating that the dirt sheets got the details wrong.