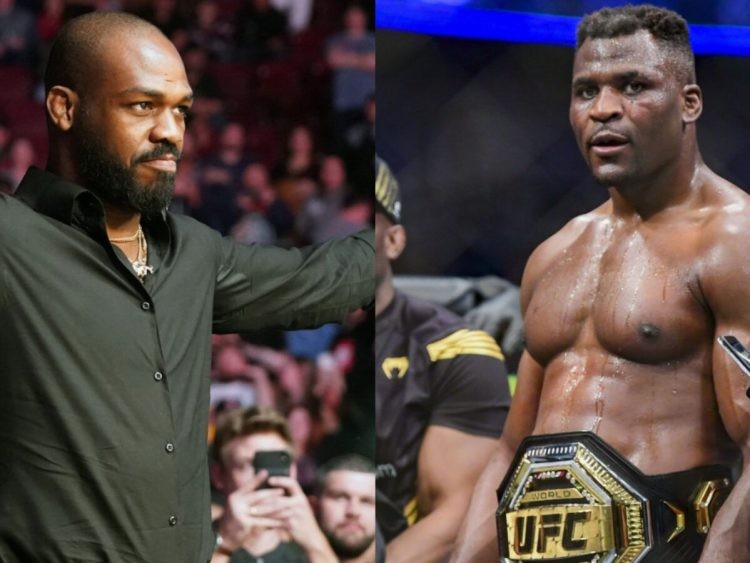 The light heavyweight G.O.A.T, Jon Jones might return to the UFC soon. There have been some rumors of Jon’s possible return to the octagon over this past couple of months. However, it is confirmed that Jones is moving up to the Heavyweight division.

There was a probability of a potential return match for Jon Jones against Stipe Miocic for the Interim Heavyweight Title so we might see Jones vs. Miocic getting booked soon.

Apart from Stipe being the potential opponent for Jones, there were some rumors about Jon making up to the heavyweight division to face the heavyweight champion Francis Ngannou. If that happens, it would be a dream come true moment for many fight fans and also not to mention the amount of PPV this fight would generate.

But now it looks like the UFC is trying to make this most anticipated fight happen. So, instead of Stipe Miocic, heavyweight champion Francis Ngannou might face Jon Jones for the title shot.

According to some sources, the UFC wants to book Jonny ‘Bones’ vs. ‘The Predator’ at UFC 282 on December 12th for a title fight. Recently, Jon made a tweet that ended with only two words – “UFC 282.”

This might be a hint from Jones confirming the rumors to be true. However, the UFC has yet to make an official announcement about who would Jones fight for his welcome fight to the heavyweight division. But an official statement can be expected in a couple of weeks.

Is Jon Jones coming back to face Francis Ngannou at UFC 282 for the UFC Heavyweight Belt?

If Jon Jones comes back to face Stipe Miocic, it would be for the Interim Heavyweight Title and the winner would face the heavyweight champion Francis Ngannou for the title shot.

A possible reason why the UFC is making Francis defend his title against Jones might have to do with ‘The Predator’ potentially leaving the company soon. As it is known that Ngannou is not happy with the amount of money he is making in the UFC, and there were a lot of talks about the contract of the heavyweight champ ahead of UFC 270.

We also saw Ngannou venturing into boxing to get a big paycheck. Tyson Fury in his last fight called out Ngannou and promised to make a crossover fight. So this might be why the UFC is trying to get Jon Jones to face Ngannou before he leaves UFC. However, recently Jon has tweeted, with captions:

This tweet coming from Jones could mean a possible fight between ‘Bones’ and ‘The Predator’. There is also this uncertainty regarding the renewal of Ngannou’s contract. So we can’t be too sure until the promotion makes an official statement about the whole situation.