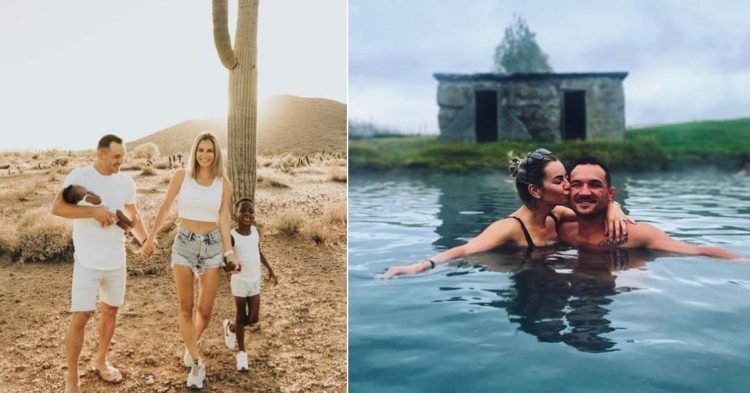 With some exciting performances behind his back and brutal stoppage wins over the likes of Dan Hooker and Tony Ferguson, Chandler meets Dustin Poirier on the main card of UFC 281 on a historic night inside Madison Square Garden on November 12.

Brett Okamoto of ESPN broke the news about Chandler’s new UFC contract and the lightweight contender confirmed the same recently in a conversation with MMA On Point. Ahead of the fight, which could quite possibly be a title eliminator for Islam Makhachev’s lightweight gold, here’s what Chandler had to say.

“There’s more mouths to feed, there’s more responsibility. There’s more work that needs to be done. That’s always been my goal to have financial freedom for my family.”

“Especially my wife Brie, and my sons,” Chandler added.

Father to two adopted kids, Michael Chandler is an inspiration both inside and outside the Octagon. The Chandler family welcomed a newborn earlier this year as Chandler and Brie welcomed Hap Michael’s younger brother, Ace.

Michael Chandler is married to Brie Willett. The couple tied the knot back in 2014. They have known each other since their teenage years.

Michael Chandler and Brie Willet welcomed their first adopted son Hap Michael back in 2018 and their second son Ace earlier this year.

Brie has always had a heart for adoption since she was a teenager, Chandler reveals. The love and adoration for his family are quite evident on Michael Chandler’s social media platform where he never fails to share beautiful moments spent with his sons.

“I truly believe that I was put on this earth to be Hap’s dad, to be Ace’s dad.” Chandler has said.

Being the bread earner of the family, Chandler understands the responsibility that comes with having two kids, and having signed a new eight fight-contract with the UFC, he believes he has much more responsibility now than ever.