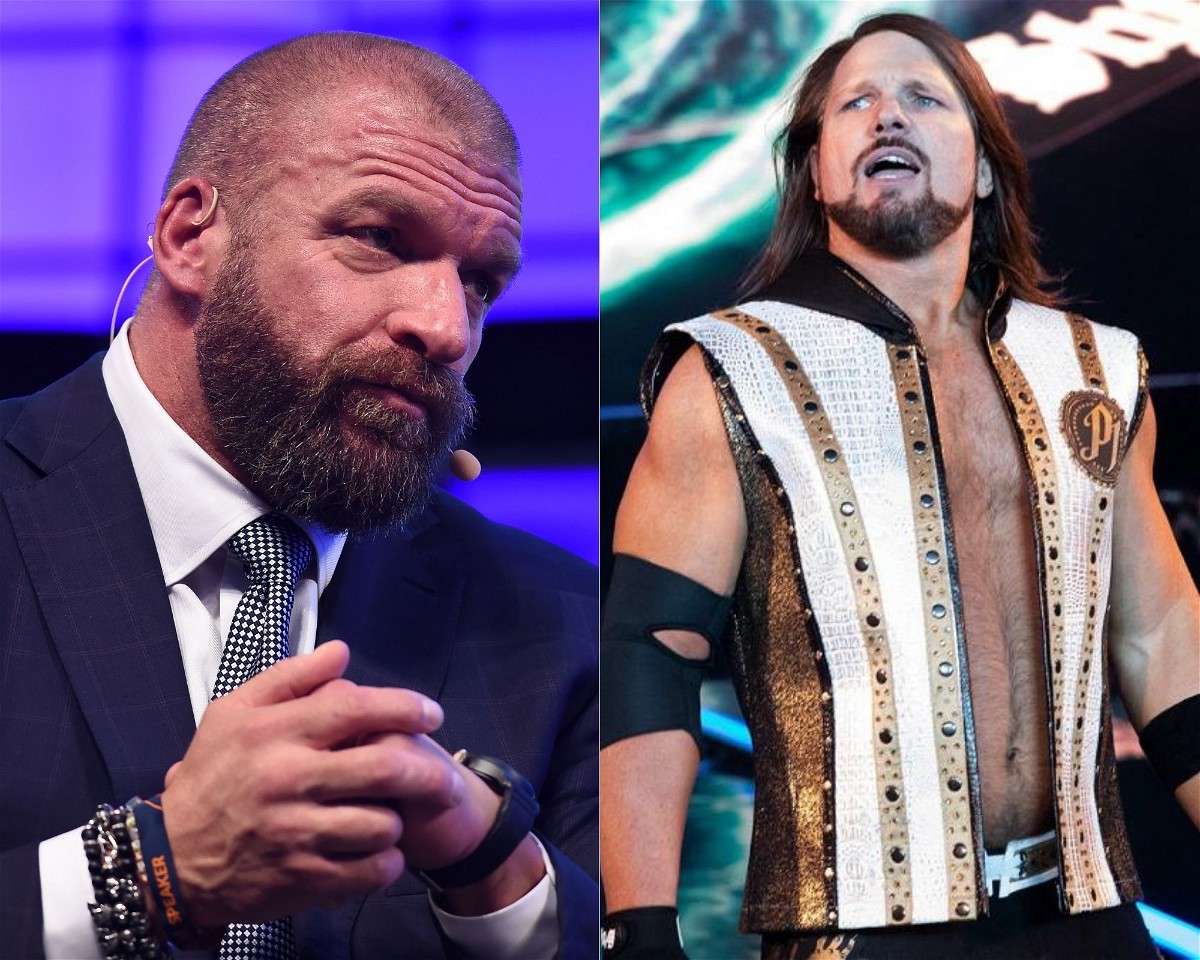 AJ Styles is one of the most gifted wrestlers in history and has performed worldwide. Styles’ much-awaited debut took place at the 2016 Royal Rumble pay-per-view. Since then, he has become one of WWE’s finest performers. He recently revealed that his WWE career was possible because of WWE Hall of Famer Triple H, who had retired recently.

AJ Styles has had an incredible WWE career. Even though people considered him an ‘outsider,’ Styles has been more successful than most WWE superstars can only dream of. The Phenomenal one is a 2-time WWE Champion, 3-time United States Champion, 1-time Intercontinental and Raw Tag Team Champion. Styles has wrestled against top superstars like Randy Orton, Brock Lesnar, Roman Reigns, The Undertaker and John Cena. He did not go through the traditional way in which indie wrestlers had to perform in NXT to learn the ‘WWE’ way. The Phenomenal one appeared to be a natural for WWE.

AJ Styles has had several great matches in WWE. He has always been positioned for a big match during the season of WrestleMania. He once requested to be booked in a match against The Game Triple H. Styles had no credible singles opponent for WrestleMania 37. He was added to the tag team scene with Omos as his partner. They battled The New Day for the Raw Tag Team Championship and captured the titles.

Triple H claims AJ Styles pestered him for a WrestleMania 37 match, but he had to turn him down! #WWEhttps://t.co/Adl3NDQXvt

Triple had to turn down the offer for a WrestleMania match due to his intense schedule as a WWE executive. He admitted that Styles did come to him with the idea for a match. But it was difficult for the Game to get into a ‘WrestleMania shape’ for such a big match. They wrestled as tag team partners once during a tour of Japan.

AJ Styles confessed that Triple H was the reason he came to WWE. He discussed Triple H surprising the superstars backstage at WrestleMania 38. The 14-time World Champion delivered his retirement promo in the opening segment of the show. Everyone got emotional after they met the Game. Here’s what Styles had to say.

“Yeah, Triple H was here, and I am glad to see him, man. You’ve got to think, when I think about his retirement I am here because of him. Because he called me, that’s huge for me.”

Triple H had already started assuming corporate responsibilities before Styles made his WWE debut. But there were always chances that these two icons would come face-to-face in the future. They never wrestled against each other. We may never get to see this match after Triple H’s life-threatening cardiac event.