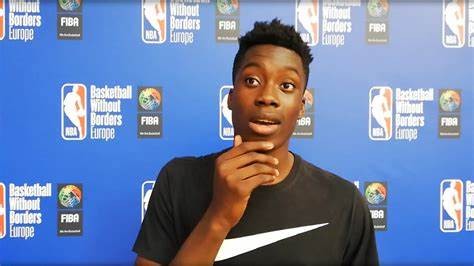 The Antetokounmpo family is having one of the best runs. They have received good news after good news. In 2020 Kostas Antetokounpo won an NBA championship with the Lakers. This was followed by Giannis Antetokounmpo and Thanasis Antetokounmpo taking the Milwaukee Bucks to their first NBA Title in 50 years. and now,there is a new Antetokounmpo brother who will most probably join the NBA this year. It is none other than the 19-year-old, Alex Antetokounmpo.

Alexandros Emeka Alex Antetokounmpo is a 19 year old small forward from Athens, Greece. The 6 ft 8 in Greek basketball player finished his High School journey at the Dominican High School in Wisconsin. As a freshman, he averaged 2.9 points per game. He was a part of the state team and averaged 20 points and seven rebounds in his senior year.

Alex Antetokounmpo is now all set to enter the 2021 NBA Draft.  He will have to learn to create an identity of his own instead of living in the shadow of his brothers. Giannis Antetokounmpo is already hyping his little brother up.

Giannis: "I definitely think Alex can be better than me." The Indiana Pacers will host 19-year-old Alex Antetokounmpo for a pre-draft workout today. 6’8 Alex reportedly has a 7’2” wingspan. pic.twitter.com/rM7wYCGWwd

Indian Pacers, Houston Rockets, and San Antonio Spurs have their eyes on Alex Antetokounmpo ahead of the 2021 NBA Draft

Most people would have expected Alex Atetokounmpo to team up with his brothers. However, this young star is looking to create a legacy of his own. Alex Antetokounmpo has already been invited to three pre-draft workouts.

He first practiced with the Houston Rockets and the San Antonio Spurs. However, he had the best impression with the Indian Pacers. The Indiana Pacers received a wonderful and mature pitch from the youngest Greek Freak. He told the Pacers that he is coachable and willing to adjust and learn.

Alex Antetokounmpo after his workout with the Pacers. Said it was his third workout. He described his last week as "unbelievable".

On the Pacers, he said: "Unbelievable. Everybody is a professional. They all know what they are talking about. They are very detailed." pic.twitter.com/w6D5oIvFXx

Alex Antetokounmpo was asked about his game and basketball IQ and he went on to described himself as energetic and vocal on and off the court.

Energetic. I am a leader, pretty vocal on and off the court. I just try to contribute to the game any way that I can, I feel like there is no part of my game that is complete.

Hopefully, Alex will enter the league and make his own way. Alex Antetokounmpo will have high expectations on his shoulders, considering all his brothers are now NBA Champions.

Also Read: Damian Lillard Shines as Team USA Defeats Iran at the 2020 Tokyo Olympics to Jump Back to the Winning Column