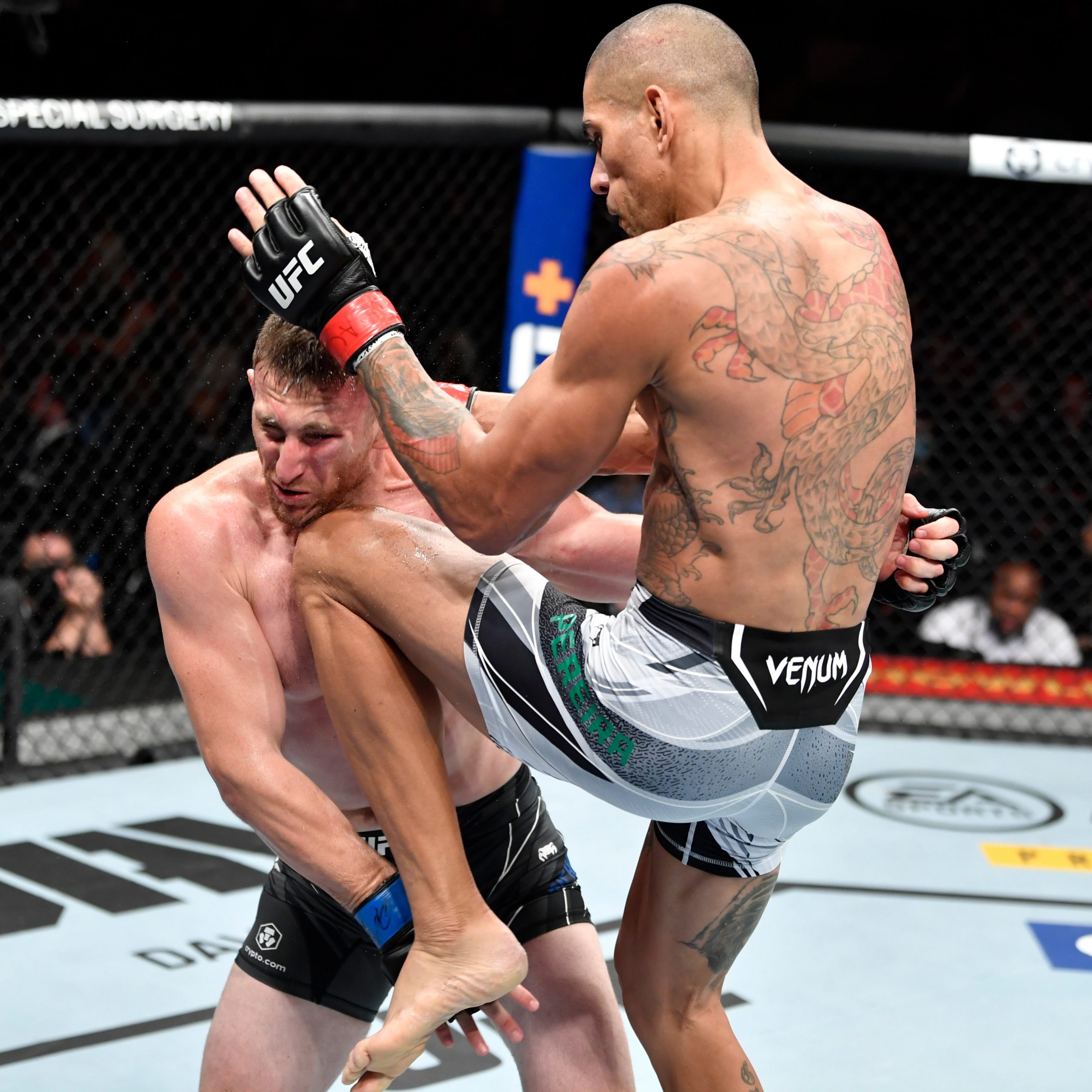 The prelims of UFC 268 has begun and fans seem to have thoroughly enjoyed this pay per view until now. Consequently, the final fight of this intriguing prelims lineup features a much-anticipated debut of Alex Pereira. He took on Andreas Michailidis in a three-round contest in the middleweight division.

There is a lot of hype around the Brazilian’s debut because of his wins against Israel Adesanya in kickboxing back in 2016. Moreover, fans are also excited because of the former glory middleweight champion devastating striking skills. Consequently, Alex Pereira delivered a splendid performance in front of a jam-packed Madison Square Garden in his debut against Andreas.

Speaking about this fight, Andreas Michailidis started this fight well by taking down Alex Periera early in the first round. He controlled him on the ground throughout the round. However, Andreas was unable to land anything substantial while controlling him.

In the second round, the Brazilian fighter showcased his devastating striking skills by delivering a stunning flying knee to drop Michaildis on the ground. Moments after he landed the flying knee, the referee stopped this fight and Pereira won his debut fight in spectacular fashion.

The entire crowd present in the Madison Square Garden were impressed by Alex Pereira’s performance in his UFC debut. Consequently, several fighters and analysts expressed their astonishment after watching the Brazilian fighter’s flying knee KO/TKO victory against Andreas Michaildis.

Alex Pereira with the flying knee KO. And he didn’t need the hands of stone this time.

The former Glory Kickboxing has put the entire middleweight division on notice with his outstanding KO/TKO win in his debut fight. It is needless to say that it was a very finish by the Brazilian fighter at UFC 268. Moving forward it will be interesting to watch how things turn out for Alex Pereira in the division.