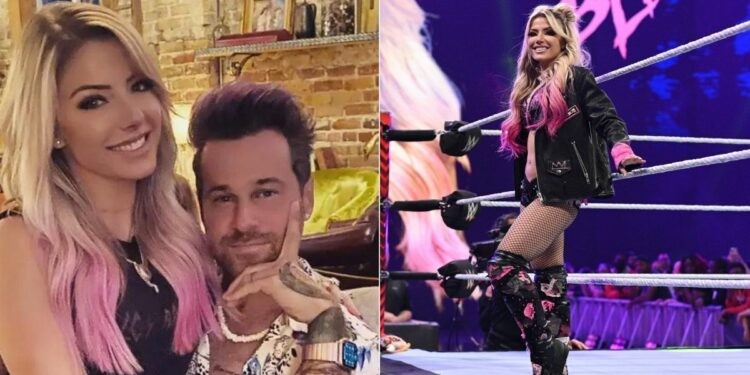 Alexa Bliss recently made her return to WWE TV on Monday Night RAW as a surprise opponent for Sonya Deville. She has been unbeaten since her return earlier this month.

She recently received a threat from a fan on Instagram. The fan threatened to shoot Bliss and her husband, Ryan Cabrera. The couple got married in April.

This is crazy man wtf??? pic.twitter.com/qJWxxYecTP

WWE superstars are not immune to such kind of threats and dangerous individuals on social media platforms. Bliss responded to the threat by reporting it to the concerned authorities.

Alexa Bliss had made a post on Instagram for the promotion of an online charity event that will mark the birthday of her late pet pig, Larry Steve. She had a heated exchange with a user on Instagram who threatened to shoot her and her husband, Ryan Cabrera.

Alexa Bliss says she has turned in screen shots of messages from a fan who allegedly threatened to shoot her and her husband. pic.twitter.com/8TN3Ff0r6q

The Instagram user posted several strange and weird comments on Bliss’s post. He also mentioned her ex-fiancé Buddy Matthews and suggested that he’d talk to him on Twitch. Bliss replied by informing him that his nauseating DMs had been reported to the authorities.

This is not the first time a female WWE superstar has found herself in such a precarious situation. WWE superstar Sonya Deville was also a victim of online threats. A man broke into Deville’s house in 2020. Fortunately, Sonya and a guest who was with her that night escaped and the perpetrator was arrested. The man later claimed that he was planning to kidnap Sonya Deville.

Thank you everyone for your love and concern. A very frightening experience but thankfully everyone is safe. A special thank you to Hillsborough County Sheriff’s Office for their response and assistance. 🖤

A few months after Deville’s incident, former WWE superstar Paige was subjected to a stalker sending her gifts and flowers and even showing up at her house. The police were quickly called, and they apprehended the man in question.

It is now evident that wrestlers cannot just ignore online and social media threats and dismiss them as trolling behavior. These threats have the possibility of real-life consequences.