Alexa Bliss New Look: All You Need to Know About the Goddess in 2022 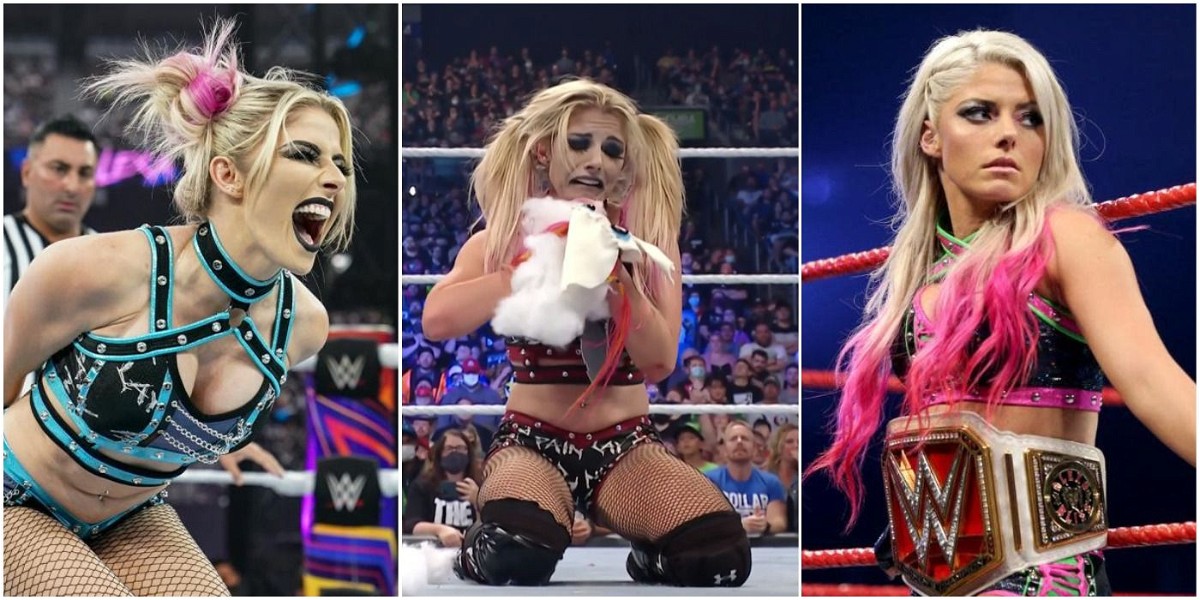 Someone who has constantly been changing their look in WWE is Alexa Bliss. Now, yet again there is a new look for Alexa Bliss.  Alexa Bliss is one of those superstars who started at NXT and earned a spot in the main roster. She gradually improved her wrestling and promo skills to climb up the ladder.

Today, Ms. 5-feet of fury is one of the best wrestlers in the women’s division. Alexa Bliss has changed her gimmick and her look on multiple occasions.

In NXT, Bliss played the character of a happy-go-lucky cheerleader. Bliss was comfortable with that role as she was a cheerleader before she signed with WWE. Unfortunately, the character was not well received by the NXT Universe. After her not-so-successful run in NXT, Bliss was called up to SmackDown during the 2016 WWE Draft.

Alexa had a fantastic run in the main roster. Shortly after her debut on SmackDown, Alexa Bliss became the SmackDown Women’s champion. Bliss changed her look from totally blonde to a mix of pink and blonde. When this happened she changed her gimmick from the Pixie-dust princess to the 5-feet of Fury. From that point, Alexa turned into the Goddess. 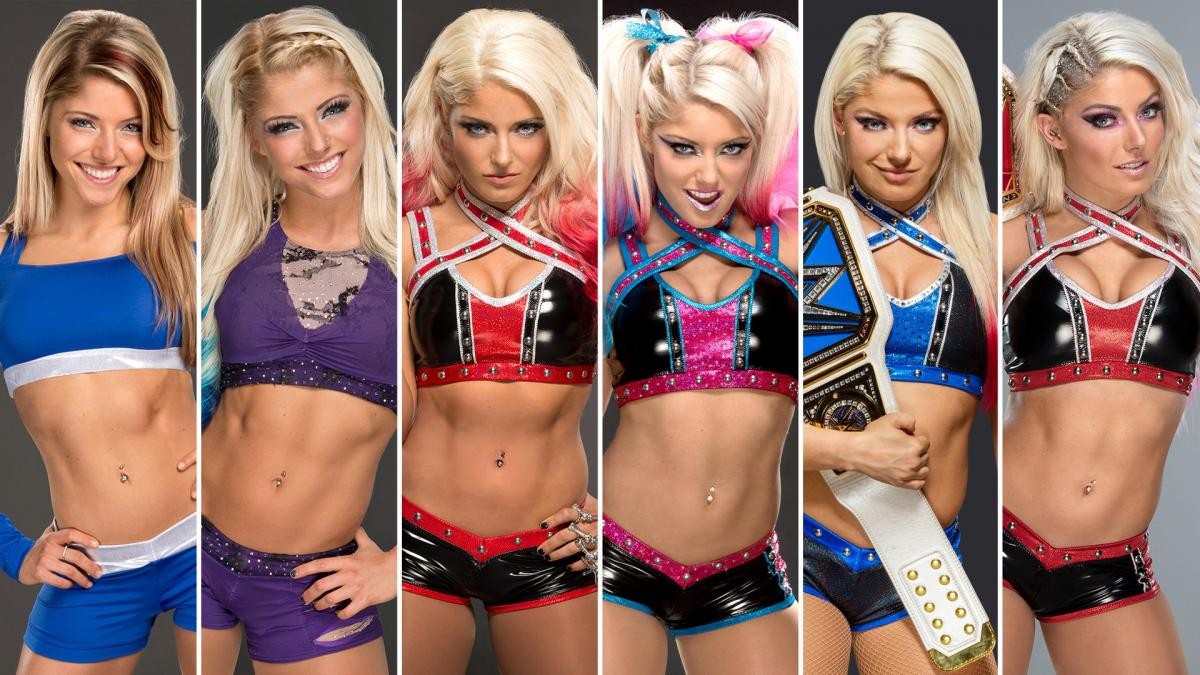 The Goddess gimmick is Bliss’ most successful gimmick. The Goddess won the SmackDown and RAW women’s championships on multiple occasions. She even won the Money in the Bank briefcase and cashed it in successfully.

After having several long title runs, Alexa Bliss joined hands with the Fiend. Slowly Bliss was turning psychotic. The Fiend’s presence alone was changing the Goddess’ state of mind. In just a matter of a few weeks, we witnessed the darkest side of Alexa Bliss. 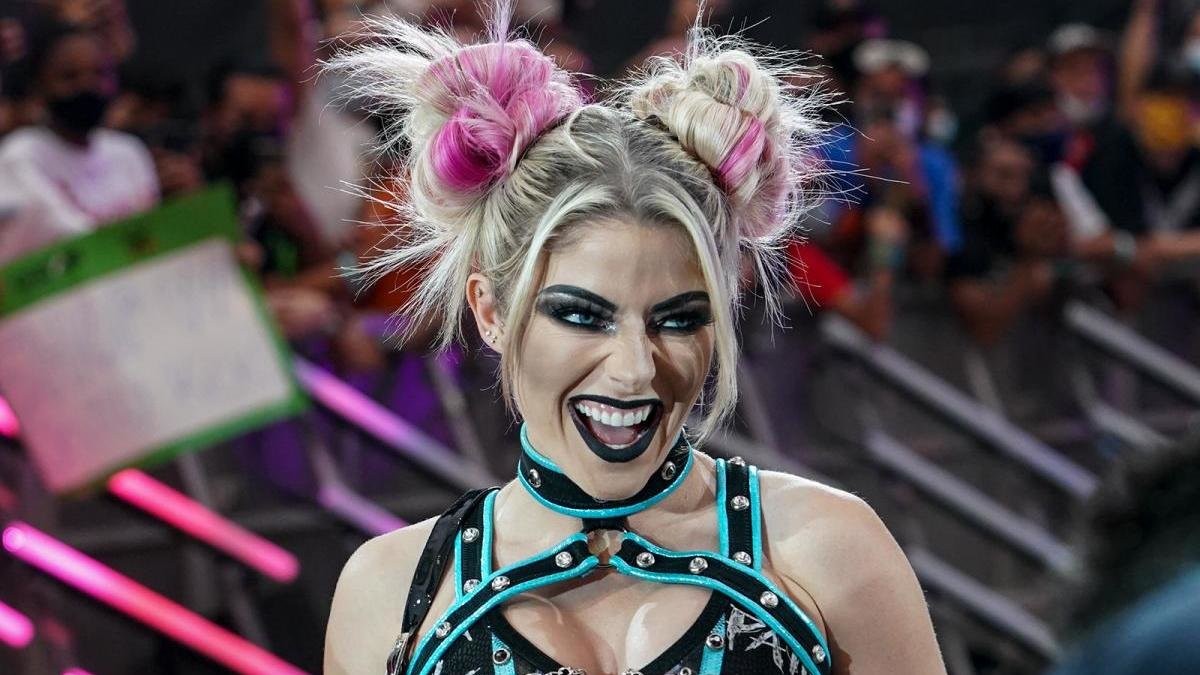 This darkness inside Bliss made her practically immortal. She defeated her friend Nikki Cross and then defeated Asuka. Alexa even defeated the Viper, Randy Orton. After a series of victories, the ‘Evil Goddess’ had her eyes on Charlotte Flair and the RAW Women’s Championship. Unfortunately, the ‘Evil Goddess’ faced her first loss against Charlotte Flair. Alexa couldn’t handle the loss and she went into a mental breakdown.

The new look of Alexa Bliss

Since her breakdown, Alexa has not been seen on WWE TV. This past week on RAW, we saw the ‘Evil Goddess’ in a therapy session. It looks like we will be seeing a few more of these therapy sessions in the upcoming weeks. These sessions will slowly be the result of the ‘Evil Goddess’ turning back into her normal self. As evident to this Bliss posted a picture of her latest look on her Instagram story. Bliss has gone full pink. But it is still not clear if Bliss would be a baby-face or a heel. So what do you all think? Does the color pink suit the Goddess? Do you think she will be returning as a baby-face? Let us know.

Does Mustafa Ali want to join the Marvel Universe? Check out our latest article to know more: https://www.sportsmanor.com/which-marvel-character-can-wwes-mustafa-ali-play-in-the-marvel-universe/