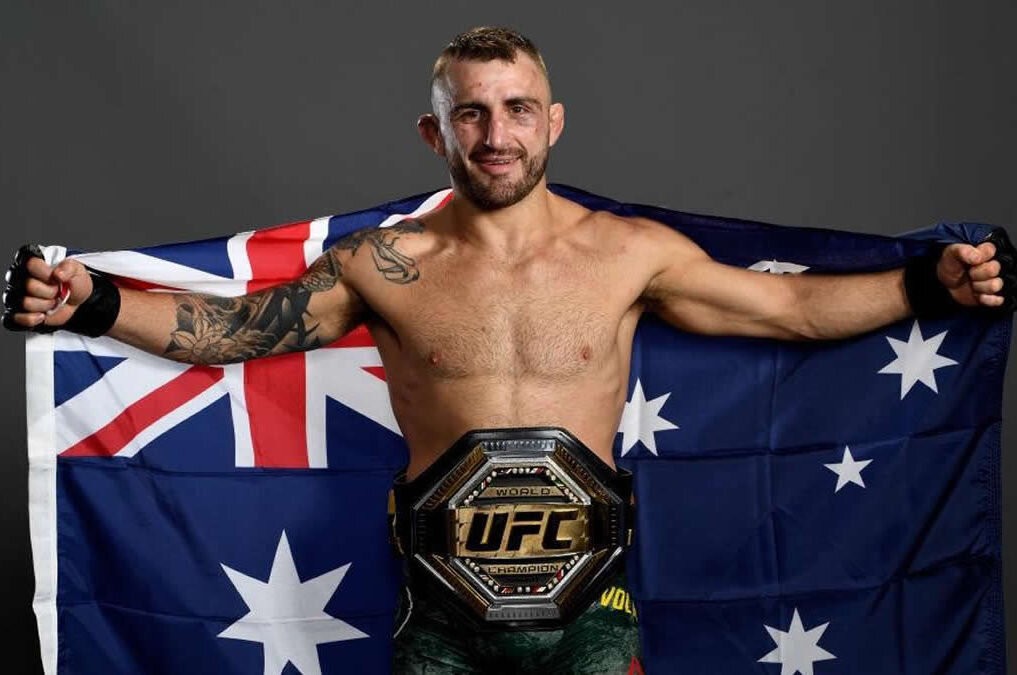 Alexander “The Great” Volkanovski prepares to defend his UFC Featherweight title for the second time against Brian Ortega at UFC 266. The whole world is looking forward to this amazing match-up. The undefeated UFC fighter wit back to back wins over former UFC featherweight champion Max Holloway, Volkanovski has cemented his position as arguably one of the greatest mixed martial artists of all time.

Alexander Volkanovski started his MMA career in 2012 and has an impressive record of 22-1. He made his UFC debut in November 2016 against Yusuke Kasuya. He won the bout via stoppage. ( TKO). Volkanovski is unbeaten in the UFC with a perfect record of 9-0. Furthermore, Volkanovski has a stunning resume of 14 finishes with 11 of them coming via knockout and 3 via submission. However, Volkanovski is not undefeated in is mixed martial arts career, and has a loss to his name.

Who has defeated Alexander Volkanovski?

Volkanovski’s first professional MMA fight was against Gerhard Voigt, which he won via unanimous decision. He defeated Regan Wilson in his second fight, this time securing the win via TKO. After clinching two wins in his career, Volkanovski won his third bout against Anton Zafir in 2013.

Riding on a three fight winning streak Volkanovski,  had his first and only setback when he suffered a devastating loss at the hands of Corey Nelson. He was competing in the Welterweight division at the time. “The Great” squared off against Nelson at Australian Fighting Championship 5 in 2013. Corey Nelson knocked out the Australian fighter via a strong uppercut just 13 seconds into the third round.