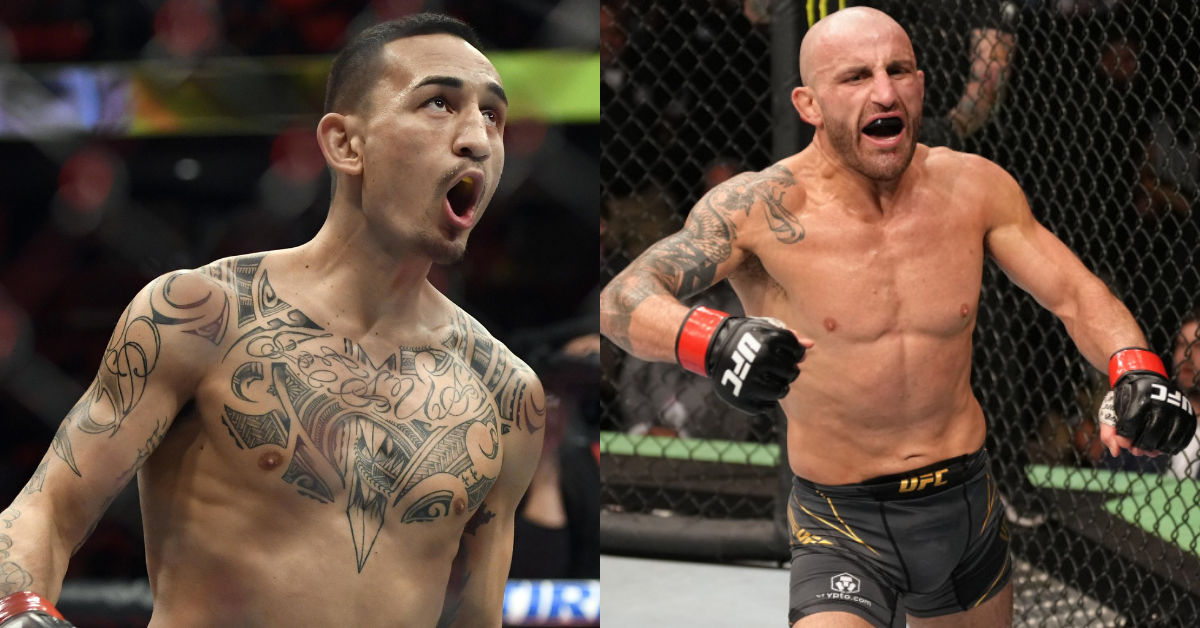 Dana White announced UFC 251 match-card, and Alexander Volkanovski will take on Max Holloway in his first title defense. Holloway, at still a young age of 28, is regarded by many as the greatest featherweight of all time. Holloway has notable victories against former champion Jose Aldo twice, Frankie Edgar, and Anthony Pettis. Volkanovski’s win against Max Holloway at UFC 245 finally brought an end to Holloway’s impeccable and dominant run as the champion.

Alexander Volkanovski has rightfully cemented his position as one of the greatest featherweight of all time. Volkanovski has notable victories against former champion Jose Aldo and title contender Chad Mendes. Volkanovski is a remarkable fighter who is equally brilliant on his feet, and on the ground.

Ahead of his rematch against Max Holloway, Volkanovski put out a statement on twitter, where he claimed himself as the greatest featherweight of all time.

I’m the best featherweight in the world!! #ufc251 #nothingchanges

Alexander Volkanovski also attached #nothingchanges along with his statement, referring a successful title defense at UFC 251. Max Holloway is brilliant on his feet, and has been effective on the ground. While it’s difficult to take Holloway down, Volkanovski relied on his striking to edge past Holloway at UFC 245. He was able to hurt Holloway through vicious leg kicks, and maintained distance while striking. Holloway has a solid chin, as seen in his bouts at featherweight, and the lightweight battle against Dustin Poirier. If Holloway can close the distance, and trade punches, his precision punching can give him an edge over Volkanovski. However, only time will tell if Max Holloway will get back the title.