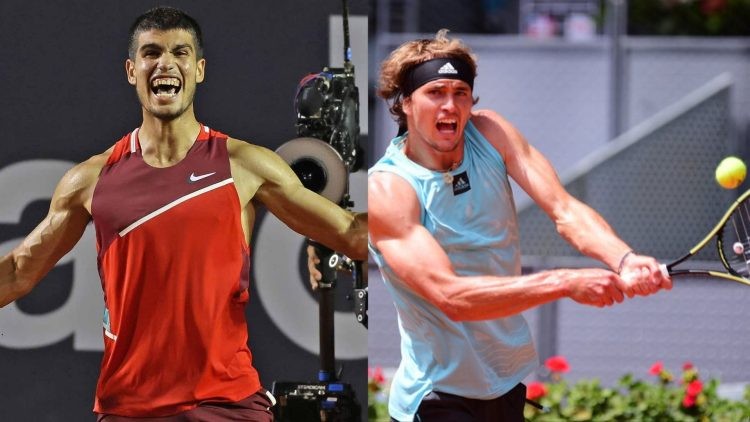 The French Open is reaching its business end and things are starting to heat up as we reach the quarterfinals of the Rolland Garros wherein fans would be anticipating two of the most heated fixtures of the tournament, Novak Djokovic vs Rafael Nadal and Carlos Alcaraz vs Alexander Zverev.

All eyes are on the Carlos Alcaraz and the Alexander Zverev fixture since Carlos is one of the most exciting young prospects in tennis right now and he had also recently defeated Alexander Zverev in the Madrid Open Finals.

However, the match has further spiced up after the recent comments made by Alexander Zverev where he mentioned that the organisers are clearly in favour of Carlos by the choices made by them in terms of venue selection and also selecting the timings of the match.

Carlos Alcaraz has to go through one of the most in-form players in the quarter-finals in order to progress on his journey to winning the French Open. Zverev is currently ranked number 3 on the ATP ranking and is yet to win a Grand Slam title even after he has come close a couple of times in winning it.

Alexander had to defeat a fired up Bernabe Miralles in order to clinch his place in the quarterfinals against Carlos. He was obviously disappointed at the prospect of things not going in his favour in terms of the conditions.

The primary concern of Alexander Zverev pertaining to his accusation is that the tournament organisers have scheduled most of Carlos’ matches in the evening session.

In a press conference, Alexander stated,

“It is clear that Alcaraz is the new face of tennis, but the schedule should vary. It is easy to see in which direction things are going and who wants to see the organization of the tournament win.”

“I get that he is the exciting new mega-talent in tennis. I am still the No. 3 in the world, but this is nothing about me.

Alexander Zverev was first disgruntled about the fact that the cold temperatures during the evening sessions severely affect his serve since the 12 degrees affect his ability to hit the ball at more than 200 kilometres per hour during the serve.

He claimed that by this point in time he has accepted the idea of playing against Carlos Alcaraz in the cold evening conditions and he has already started his preparations for the match accordingly.