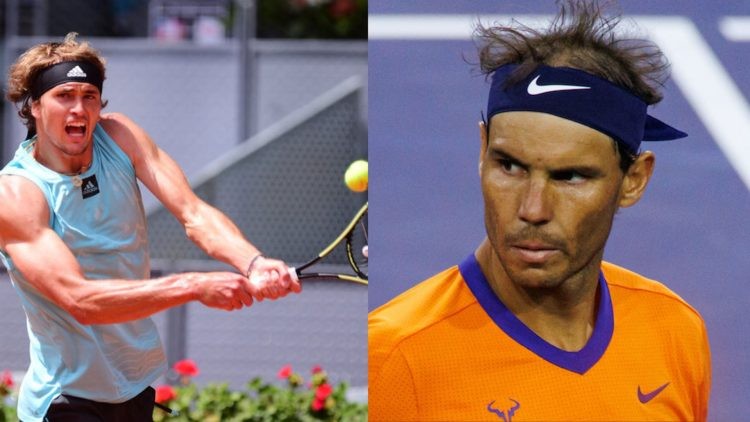 The match between Alexander Zverev and Rafael Nadal was poised to be a battle between two generations. Alexander is a young and energetic player whereas on the other hand Rafael Nadal comes with his experience and his excellent record on the clay surface.

Sadly, the match had to end abruptly after Zverev screamed in pain after appearing to twist his ankle before he eventually retired against the Spaniard.

The match was closely poised before Alexander Zverev was forced to retire from his French Open semifinals against the king of clay, Rafael Nadal after he seemed to have picked up a horrific ankle injury which left Zverev needing a wheelchair to exit the court.

Zverev was giving Nadal a close competition and Rafael was clearly battling hard to hold his serve and force a tie-break after the end of the second set.

Only after that did Alexander attempt to return a forehand which ended for him badly, with his ankle collapsing beneath him.

Rafael Nadal all set for his 54th finals

After Zverev collapsed underneath his ankle, Nadal won the point to force a tie break, but the concern rose for Zverev as he fell down in pain with agony.

Alexander dropped his racket and cried in pain with visible gasps in the Phillipe Chatrier Court. Rafael Nadal immediately went over to Zverev’s side to check on his opponent’s wellbeing.

The physio team had come out by then to help Zverev, but it was evident that the situation was not too good for Alexander to continue playing. Rafael Nadal in his post-match conference said,

“It’s very tough and very sad for him. He was playing an unbelievable tournament and he’s a very good colleague on the tour,”

“I know how much he’s fighting to win a Grand Slam. For the moment, he was very unlucky. I’m sure he’ll win not one, but much more than one. I wish him all the best.”

“It had been a super tough match. Over three hours and we didn’t even finish the second set. It’s one of the biggest challenges on the tour when he’s playing like he did today.”

Zverev comes back out on crutches to shake the umpire’s hand, hug Nadal and salute the crowd.

Everybody a bit shaken by this turn of events.

Nadal is through to the final. pic.twitter.com/pUNNPmHhnF

Rafael Nadal would surely be one of the favourites while walking into the finals of the Rolland Garros which is slated to be held on Sunday in Paris. Nadal has a superb record in the French Open and he would be looking to carry forward that record.