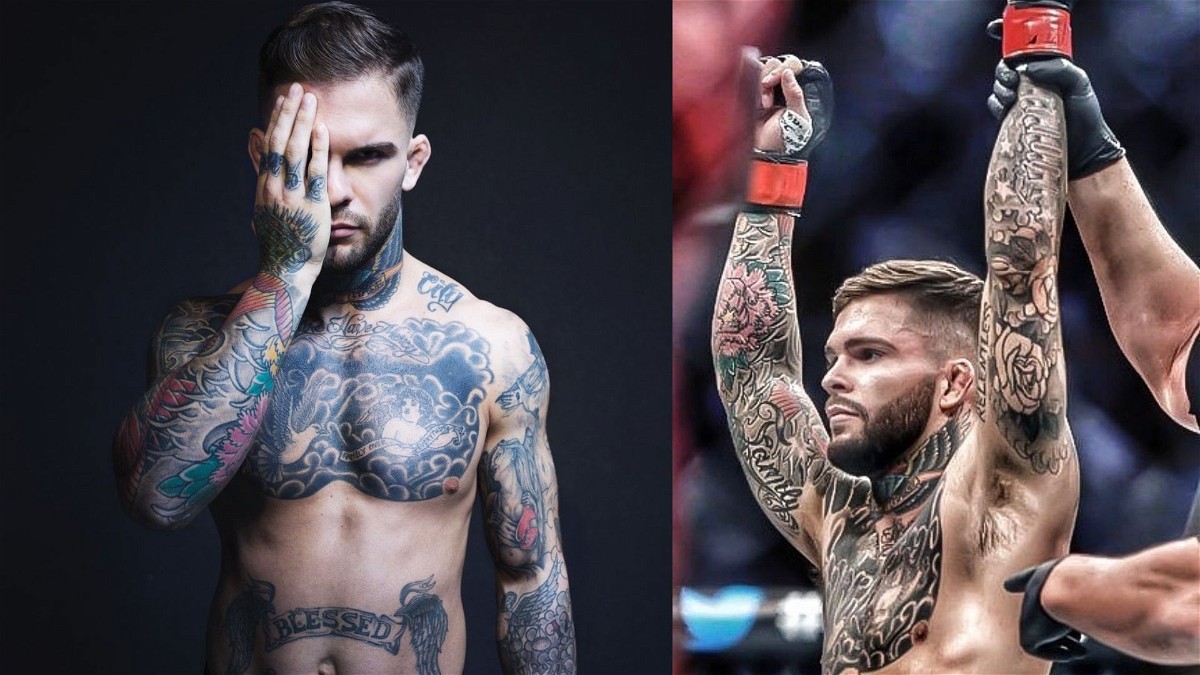 Cody Garbrandt loves tattoos and it’s evident from the number of inks that he has on his body. The former bantamweight champion rose to huge popularity after his spectacular win over Dominick Cruz. However, after back-to-back knockout losses at the hands of TJ Dillashaw and Pedro Munhoz would put Garbrandt on the backfoot with a year-long hiatus. However, Garbrandt returned with a vicious KO win over Raphael Assuncao in what was an incredible performance over the MMA veteran back at UFC 250. 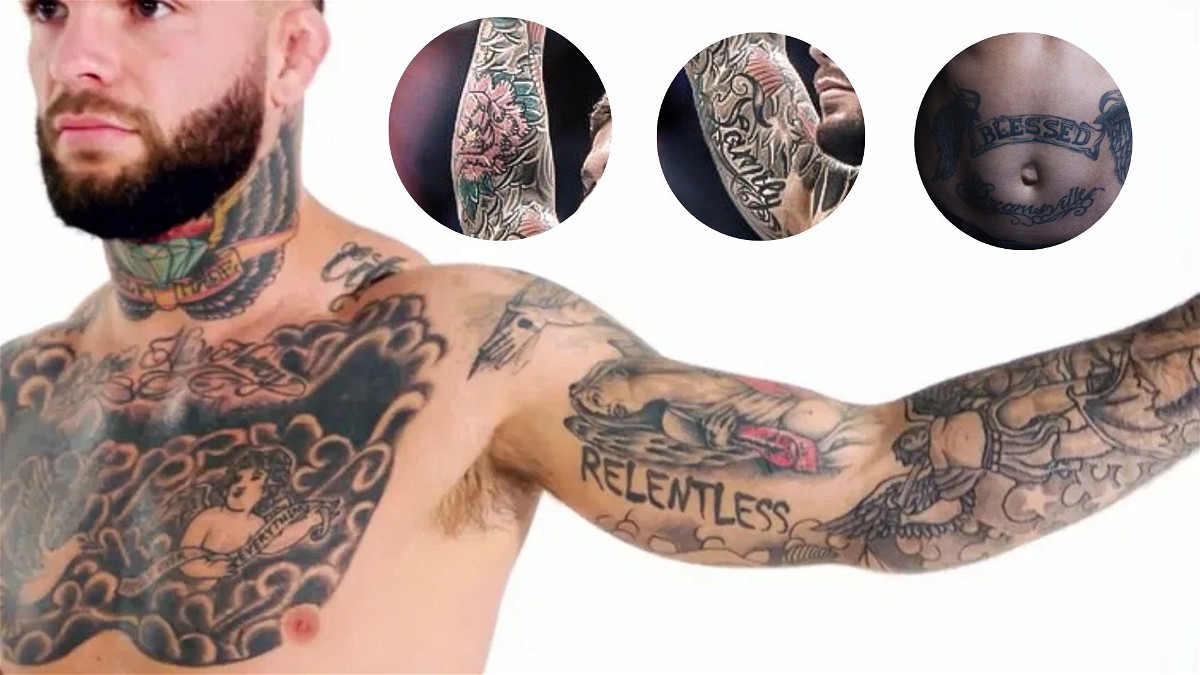 Be that as it may, a loss against Rob Font would once again put him on the back foot, forcing him to move down to the UFC’s flyweight division. Ahead of his flyweight debut, let’s take a look at Cody Garbarndt’s various tattoos and the reasons behind them.

“My uncle had these sketchbooks that he would constantly be drawing in, He tattooed my grandfather, my biological father, and my other uncle. They were all tattooed so I thought it was the norm.” Garbrandt revealed.

Needless to say, Garbrandt’s tattoo on the neck has grabbed the eyeballs of fight fans around the world. Garbrandt has a “diamond” on his neck, beautifully engraved in with the letters, “self-made.” Needless to say, the idea of “Diamond” boils down to the intense pressure that is required to extract diamond. In the same way, Garbrandt has gone through various adversities in his life to reach where he is today. With wings around the diamond, Garbrandt’s tattoo signifies that the sky is the limit for him. 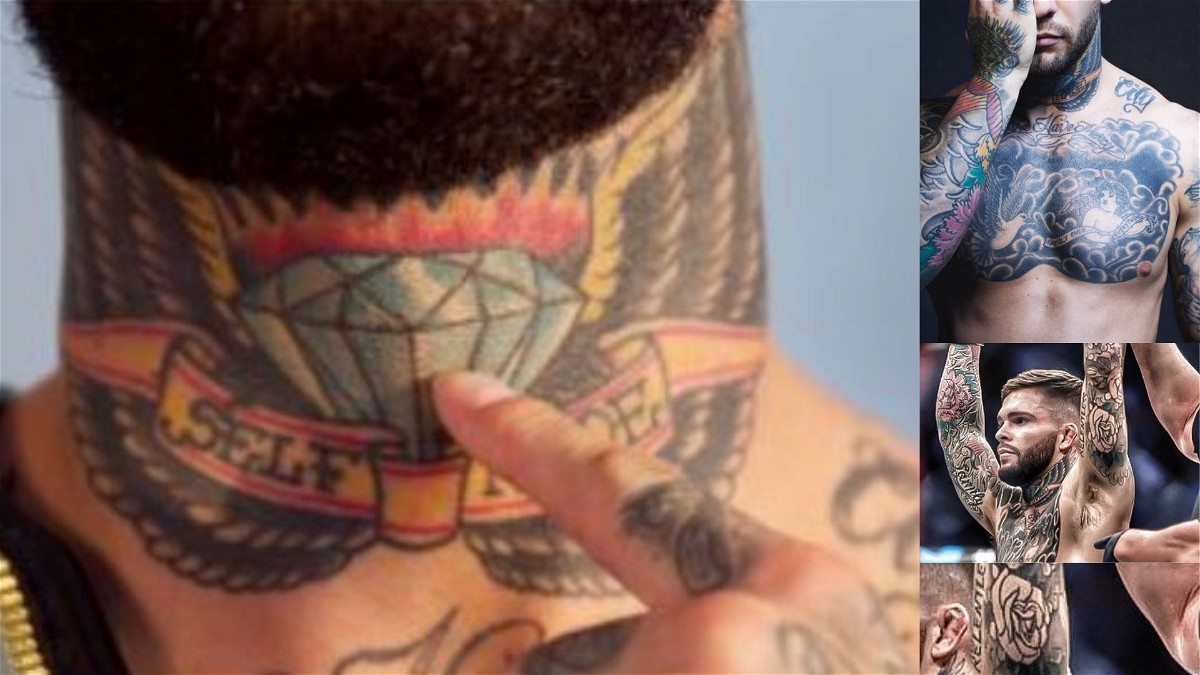 Garbrandt is a man of confidence and has earned everything through his hard work and determinants. The words “self-made” determine Garbrandt’s rock-solid belief in himself.

Cody Garbrandt tattoos on the hands

Garbrandt’s right hand is filled with tattoos that resemble his origin. Starting from the Jesus Christ engraved on his arm, to the area code 922 where he comes from, Garbrandt respects his roots and has immortalized them in the form of tattoos on his left arm. Cody also has a tattoo of an angel on his left hand which is a symbol of good luck and hope.

Garbrandt’s left hand has a tattoo that has grabbed the attention of many fight fans. The tattoo of the Japanese Kai fish on his arm symbolizes Garbrandt’s courage in the face of adversity. Needless to say, the Japanese kai fish are known for their grit and their ability to push through and fight till death, never backing down in the face of adversity and that is what Garbrandt has tried to achieve throughout his mixed martial arts career. There are several flower tattoos that signify love, and a tattoo of the cross, signifying his belief in Christianity.

It apparently took more than 24 hours for Cody Garbrandt’s latest tattoo and the former bantamweight champion has recorded this journey on his official YouTube channel.

Needless to say, Garbrandt’s lightning-fast striking, and his incredible power in the bantamweight, makes him one of the most ferocious fighters in the UFC. Garbrandt has secured 10 stoppage wins in his mixed martial arts career with a knockout ratio of more than 90%. He has 12 wins to his name, with three losses. 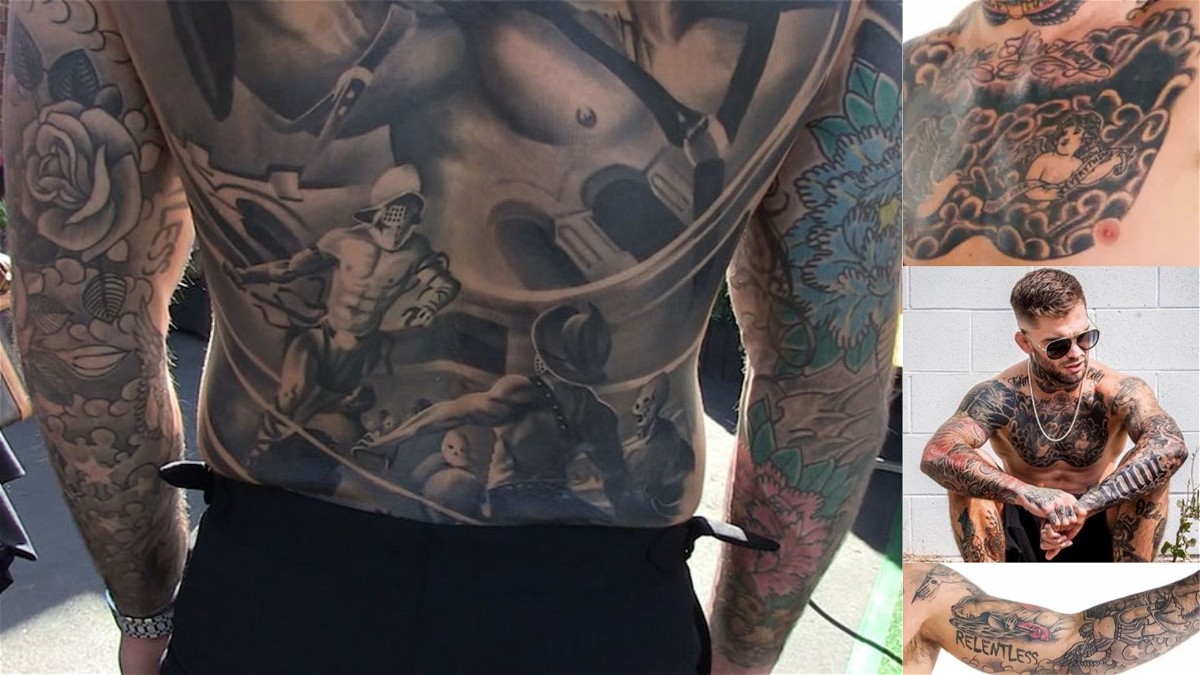 Cody Garbrandt’s latest tattoo pays respect to his explosive power. Cody Garbrandt displayed his incredible power in his UFC return against Raphael Assuncao as he knocked out the MMA veteran with a vicious right hand in the second round to announce his return to the Octagon.

Cody Garbrandt Tattoos: What Do They Mean