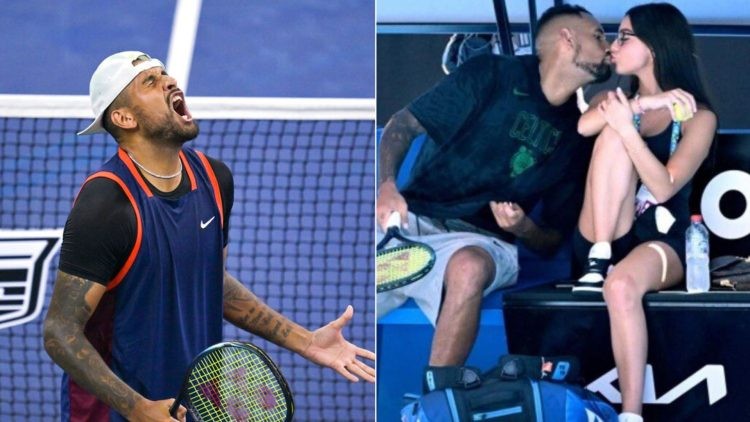 Nick Kyrgios, the self-proclaimed bad boy of the tennis industry recently had an interesting question-answer session on his Instagram page. The Australian tennis player who recently reached the finals of Wimbledon has been criticised a lot of times for his antics and attitude problems.

However, Nick on the other hand feels that his behaviour is justified and people have permanently villainised his character to the extent of they always consider him bad. In the question-answer session, Nick was asked if he feels and worries if the people around him are using him.

And surprisingly he answered yes. He said that he feels it all the time that people are using him. He also mentioned that he feels that the people closest to him do it as well. It seems that Nick Kyrgios has a feeling of betrayal from someone who is close to him.

It is surprising to know that such a thing could be felt by Nick considering his outspoken behaviour. Nick was even asked about his mental health. The question was pertaining to his battle with depression. And he answered it simply that yes he battles depression on a daily basis.

Nick Kyrgios gives his views on his on-court behaviour

The Wimbledon finalist was asked about his behaviour on and off the court and he suggested that he has zero regrets pertaining to his antics.

He feels that he prefers to be the ‘real deal’. Nick has been in prime form recently, however, he still has been losing his calm and composure frequently.

He justified his behaviour on the court by saying that he makes it entertaining and also criticised the audience by saying that he is not sitting in the box like the others and is currently within the Top 20 in the world.

He further said that he expresses anger during his matches since there is a lot of money at stake in the matches. Nick is currently recovering from a knee injury.