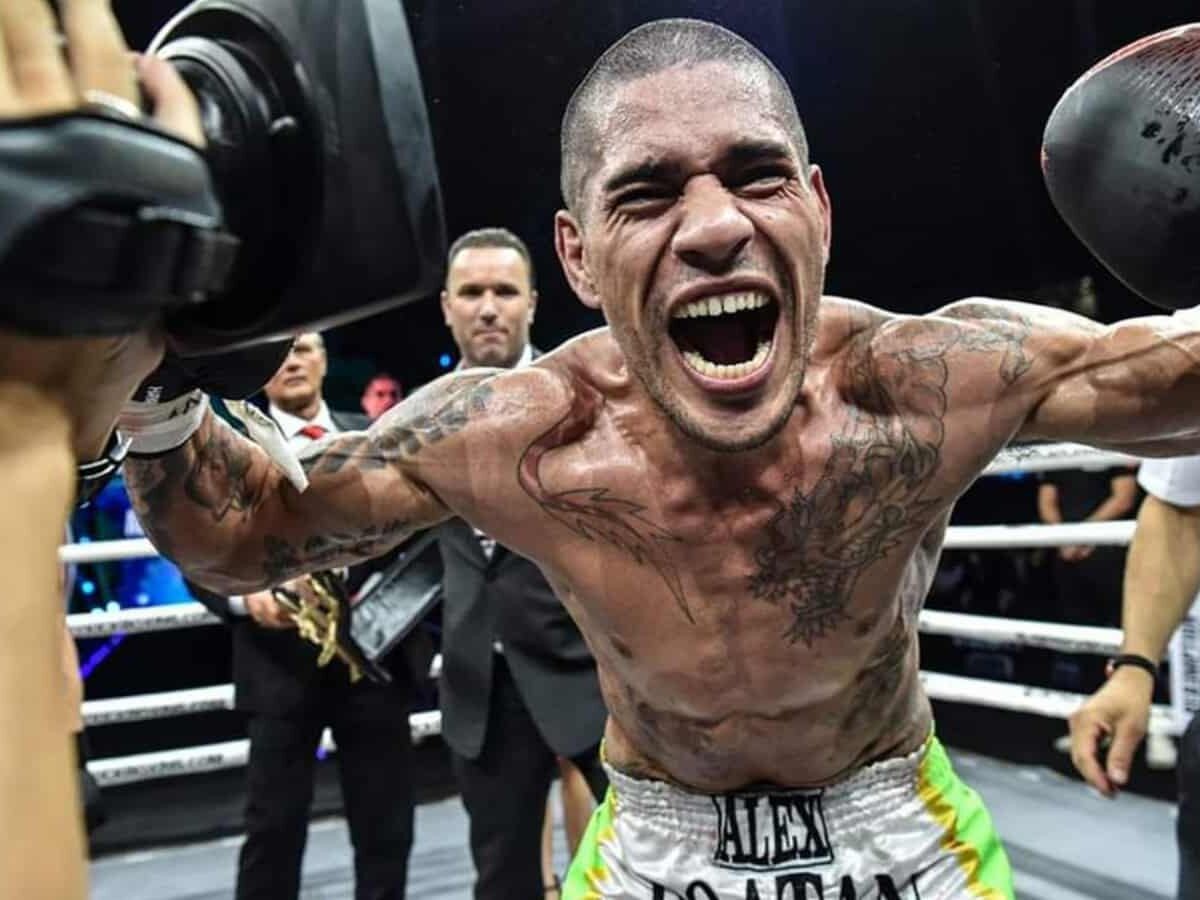 This weekend UFC Fight Night: Santos vs Ankalaev will be taking place at the UFC Apex in Las Vegas, Nevada. In the main card opener UFC have placed a massive Middleweight fight, where the kickboxing legend Alex Pereira will be taking on rising prospect Bruno Silva.

Alex Pereira has a stellar experience of more than forty kickboxing fights in his career. The veteran holds a distinguished record of 33 wins(21 by KO) and 7 losses in his professional kickboxing career. In the year 2013, Pereira made his professional Kickboxing debut at W.A.K.O World Championships 2013, where he defeated Selby Devereux.

Alex Pereira is best known for being one of the select few to have bested ‘The Last Stylebender’. During his Glory of Heroes run Pereira achieved his most famous victories, defeating the future UFC Middleweight champion Israel Adesanya twice.

Pereira’s first encounter with Adesanya came in April 2016 at Glory of Heroes 1. ‘Poatan’ outworked Adesanya to earn an unanimous decision victory after three rounds. A year later, the duo met again at Glory of Heroes 7. The rematch proved to be a more decisive win for Pereira, who handed Adesanya his first knockout loss. The Brazilian connected with a clubbing left hook, sending Adesanya’s lifeless body crashing into the canvas.

Alex Pereira made his UFC debut at UFC 268 against Andreas Michailidis. There was a lot of hype behind Alex Pereira going into his first UFC fight as he is the only fighter to knock out the current middleweight champion, Israel Adesanya.

It’s needless to say that a fight between Alex Pereira and Israel Adesanya is an exciting matchup. However, Pereira needs to climb the ranking ladder and beat some top contenders before he can callout the current champion.