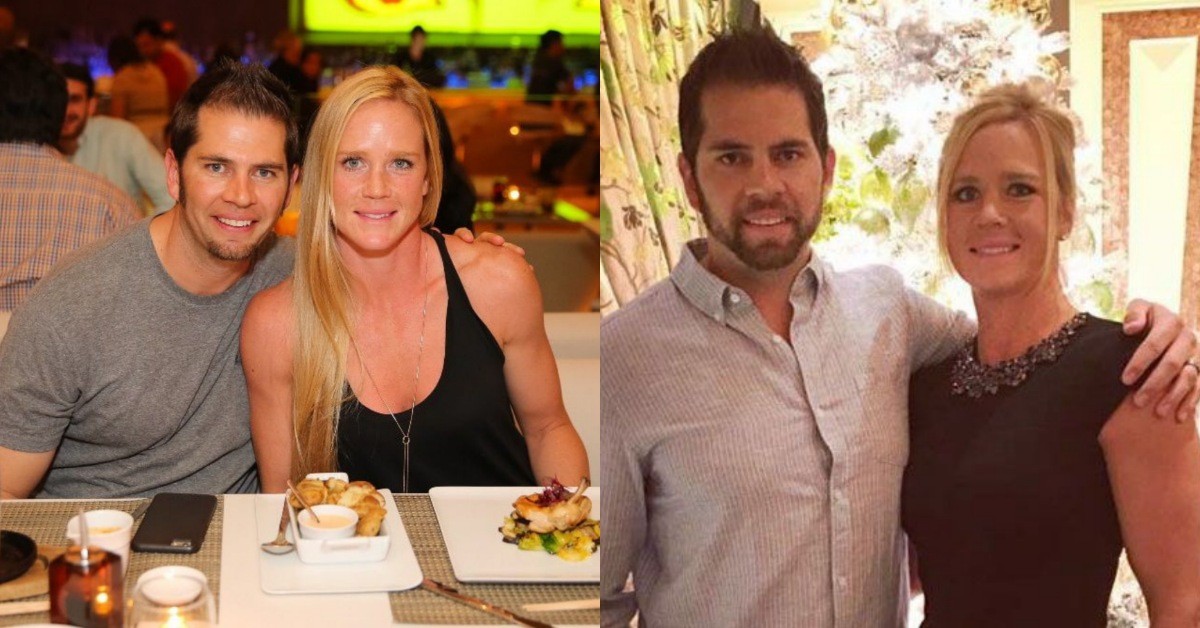 UFC women’s bantamweight fighter Holly Holm is back this weekend. She will fight Ketlen Vieira in the main event of this weekend’s UFC Fight Night. Holm is currently ranked no. 2 in the division while Vieira is at no. 5. Holly will be aiming for another shot at the 135lbs title shot with a win this Saturday.

Holly Holm is one of the best female combat sports athletes to ever compete. She made her UFC debut in 2015 against Raquel Pennington at UFC 184. But Holly stamped her authority over the division at UFC 193. ‘The Preacher’s Daughter‘ landed a head kick at the event on Ronda Rousey which basically destroyed Rousey’s career. Holly instantly became a household name.

She had the potential to build her own empire following the win over Ronda Rousey in Melbourne, Australia. Unfortunately, she dropped the title to Meisha Tate three months later at UFC 196. Since then, Holly has had a record of 4-4 in the UFC.

But all those losses have come against current or former UFC titleholders. She lost to Cris Cyborg, Amanda Nunes, Valentina Shevchenko and Germaine de Randamie. Despite the setbacks, Holly has kept on going and she is almost on the verge of another championship opportunity.

Some fans may wonder about the origin of her nickname ‘The Preacher’s Daughter.’ However, there is no big secret to it. She belonged to a religious family and her father, Roger Holm is a preacher. Holm’s mother, Tammy Bredy is also a religious person who seldom makes an appearance in the public eye. She also has two brothers called Weston Holms and Brian Holms.

Who is Holly Holm’s ex-husband?

Holly Rene Holm was born on 17th October 1981. Fighting out of Albuquerque, New Mexico, Holly trains out of Jackson Wink MMA. She met her ex-husband in Albuquerque during their college days as well. Although it is unknown how long the couple dated before tying the knot.

As per showbizcast.com, Holm was married to Jeff Kirkpatrick for 6 years. According to the article, the pair tied the knot in 2012. But they eventually got divorced in 2018. In an interview with Ariel Helwani during that time, Holly Holm revealed that she wanted to keep the petition for divorce out of the public eye. But being a public figure, it was hard to complete the procedure anonymously. The couple did not have any children together at the time of their divorce.

Who is Holly Holm dating currently?

Holm’s current dating life is unknown. Known for being one of the most polite fighters in the UFC, Holly has kept her private life out of the limelight. She maintains a presence on social media platforms. But the 40-year-old never gave the fans a peek into her current dating life.