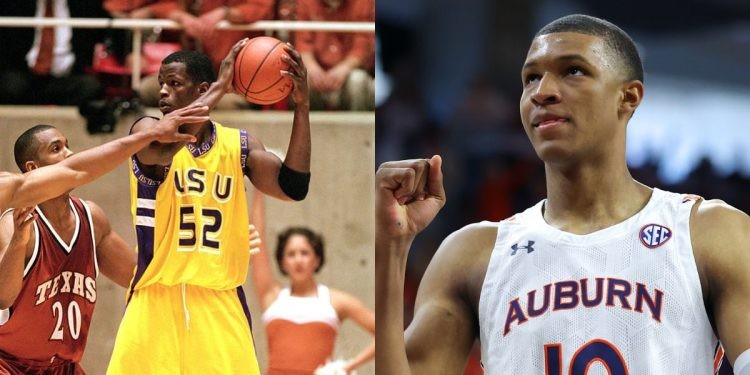 Jabari Smith Sr. is the father of Jabari Smith Jr. who is right now among the top 5 picks in the 2022 Draft Class. Needless to say, his father was a first-round pick too.

Smith Sr. was a first-round, 29th overall pick selected by the Sacramento Kings. He had a subpar first season averaging just 7.3 minutes per game and 2.9 points per game.

He had a short career in the NBA playing just 5 years from 2000 to 2005. In 5 years, he never got real playing minutes. Jabari Smith Sr. averaged just 3 points per game on 9.8 minutes per game.

However, he did play basketball internationally. He played in Liga ACB in Spain for CB Granada and in 7 games he averaged 8.3 points and 1.4 blocks per game and also missed the playoffs with a 5-29 record.

Jabari Smith Sr. went to the famous LSU university. He averaged 12.6 points per game on 53% shooting from the field, 8.2 rebounds, and 1.1 blocks.

Whereas Jr. averaged 16.9 points, 7.4 boards, and 1 block per game on 42% shooting. However, Smith Jr. polished himself for today’s game and has developed a lethal 3-pointer as he averaged 42% from behind the arc.

Smith Jr. clearly separates himself from his father on the other side of the floor. Smith Sr. was a little slow-footed and had slow lateral movement.

Whereas Jr. is a versatile defender and can switch from 2-5 position and jump on the perimeter to guard smaller guards. Both are above-average rim protectors and are more effective at altering the shot rather than blocking the shot.

Even though Jabari Sr. had a subpar NBA career, his son might take a big leap and may become an All-star. regardless Sr. will be proud of his son no matter what.