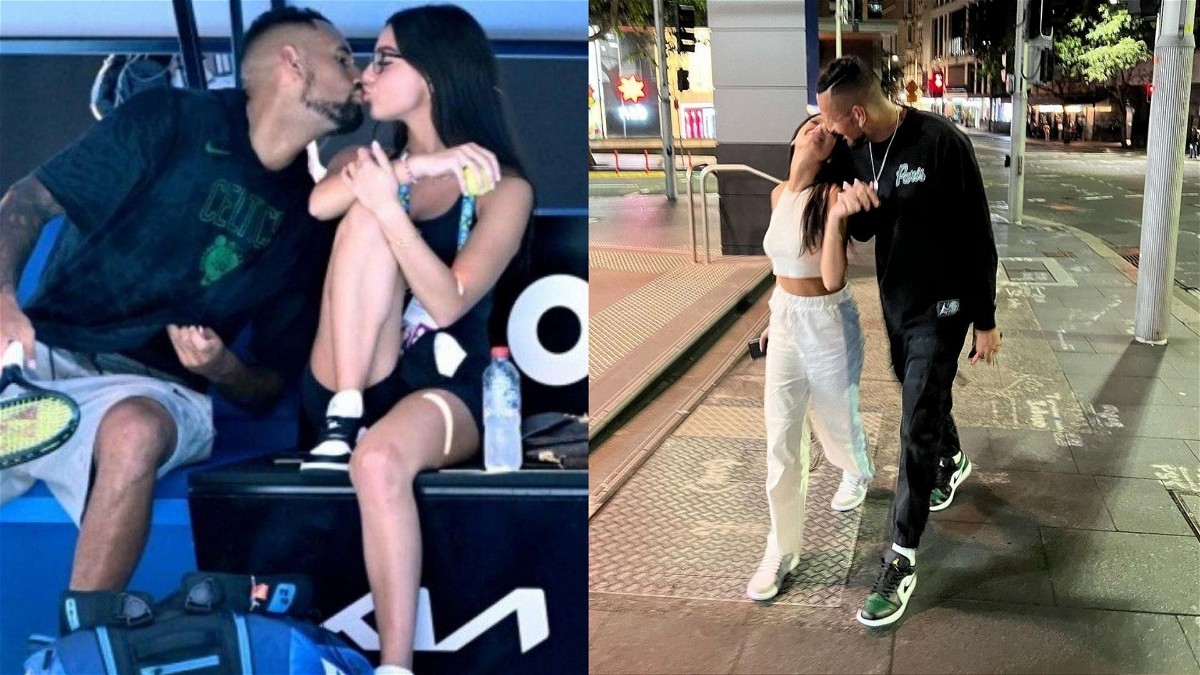 Nick Kyrgios is a flamboyant and outspoken tennis player. He has had a turbulent career but has a strong supporter in the form of his girlfriend by his side.

In December 2021, Nick went official with his new girlfriend Costeen Hatzi after sharing their picture on his Instagram online, with the caption that read,

“This is to the New year & a chance for all of us to get it right.”

Costeen had also shared a glimpse of their relationship on Instagram which read,

Who is Nick Kyrgios’ girlfriend?

Costeen Hatzi, 21 who Nick Kyrgios also calls “Cos” affectionately is a blogger based out of Sydney. She has her own business the name Casa Amor Interiors, which deals in minimalist, on-trend interior decorations.

Nick Kyrgios and Costeen have been very vocal about their relationship and have been posting a plethora of updates on social media ever since they started dating. In January, Nick posted a photo which said,

Costeen had also travelled to Melbourne with Nick while he competed in the Australian Open in January.

She was there to support him courtside during his matches and training sessions as well. Costeen shared a photo on Instagram after Nick Kyrgios lost his third-round match which read,

“So grateful for this past week, & proud of you,”

Nick previously used to date the Croatian-Australian tennis player Ajla Tomljanovic, which ended in October 2021. Costeen has a total of 54 thousand followers on Instagram.

In a recent interview, Nick stated,

“She is definitely the one, I am in love with her and she is an amazing person,”

“We go through ups and downs together but I love her to bits.”

“I guess for me as an athlete, just to know that I have got that person there that can overcome and have that shoulder to lean on whenever I need, that is what I love about her,”

The couple even sparked engagement rumours after they posted ring emojis on Instagram. Costeen would probably be travelling to London alongside Kyrgios for the Wimbledon.