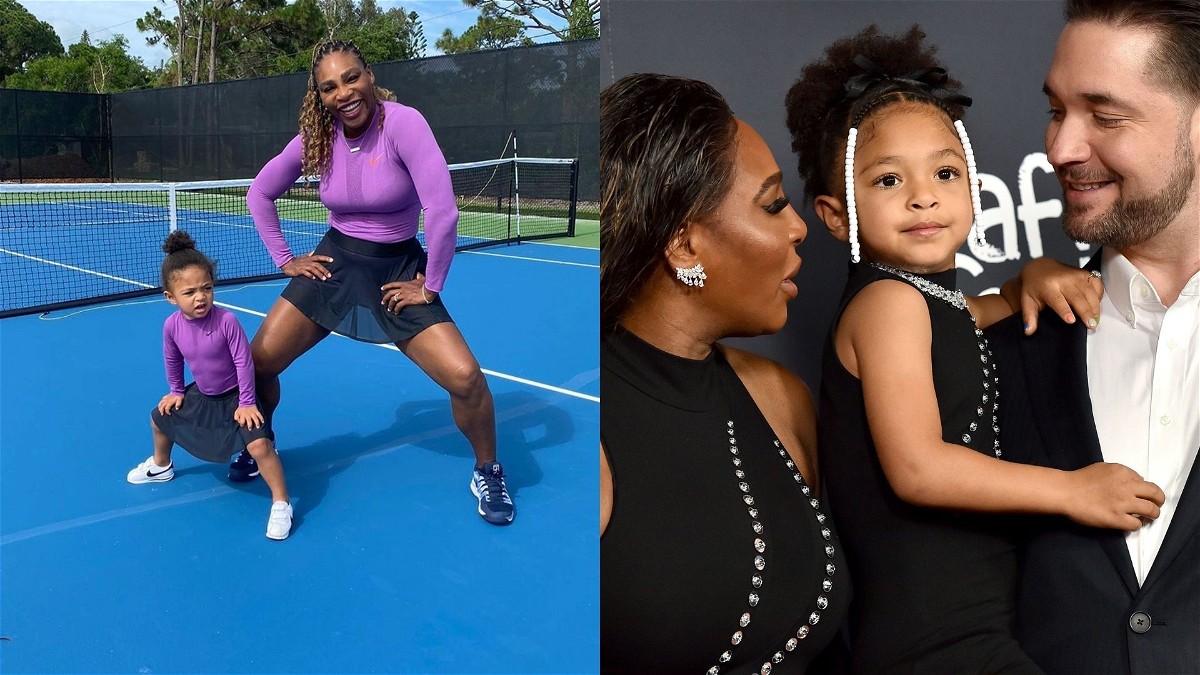 Serena Williams is by far the greatest women’s tennis player of all time, with 23 Grand Slam titles and 4 Olympic medals to her name. She is also a businesswoman and a philanthropist. She has invested her wealth in a lot of areas for the betterment of disadvantaged groups.

Her greatest win on and off the field came when she gave birth to her daughter in 2017. During a Ted Talk, she shockingly revealed that she was informed about her pregnancy just a couple of days before the Australian Open began. She had stated,

“I wasn’t quite sure what to think, but I knew that at that moment, it was really important for me to just focus.”

Well, she surely remained focused throughout the Australian Open, as she beat her sister, Venus Williams to clinch the Australian Open grand slam title. Serena Williams, later revealed her pregnancy by mistake after she uploaded her baby bump photo on Snapchat accidentally.

How old is Alexis Ohanian’s and Serena Williams’ daughter?

Alexis Olympia Ohanian Jr. was also known as ‘Olympia’ by her mom and ‘Junior’ by her dad. Serena Williams 2017 revealed that her daughter’s name also serves as a tribute to the Australian Open since she had won that tournament while being newly pregnant in Olympia. Serena had a far from an easy job at delivering her daughter.

Olympia was born by an emergency C-section after the doctors noticed a dropped heart rate during one of the contractions Serena had.

After the delivery of Alexis, the next day while Serena was recovering, she suddenly felt shortness of breath and found that she had developed several clots in her lungs. Due to all of these complications, she was bedridden for more than a month.

Olympia is currently 4 years old and was born on the September of 1st, 2017. Serena Williams and her husband share their daughter’s moments on her dedicated Instagram handle.

Serena and Alexis have been found to be twinning their dresses several times. Olympia also recently made her first red carpet appearance in November 2021, during the premiere of King Richard wearing the same black outfit as her mother.