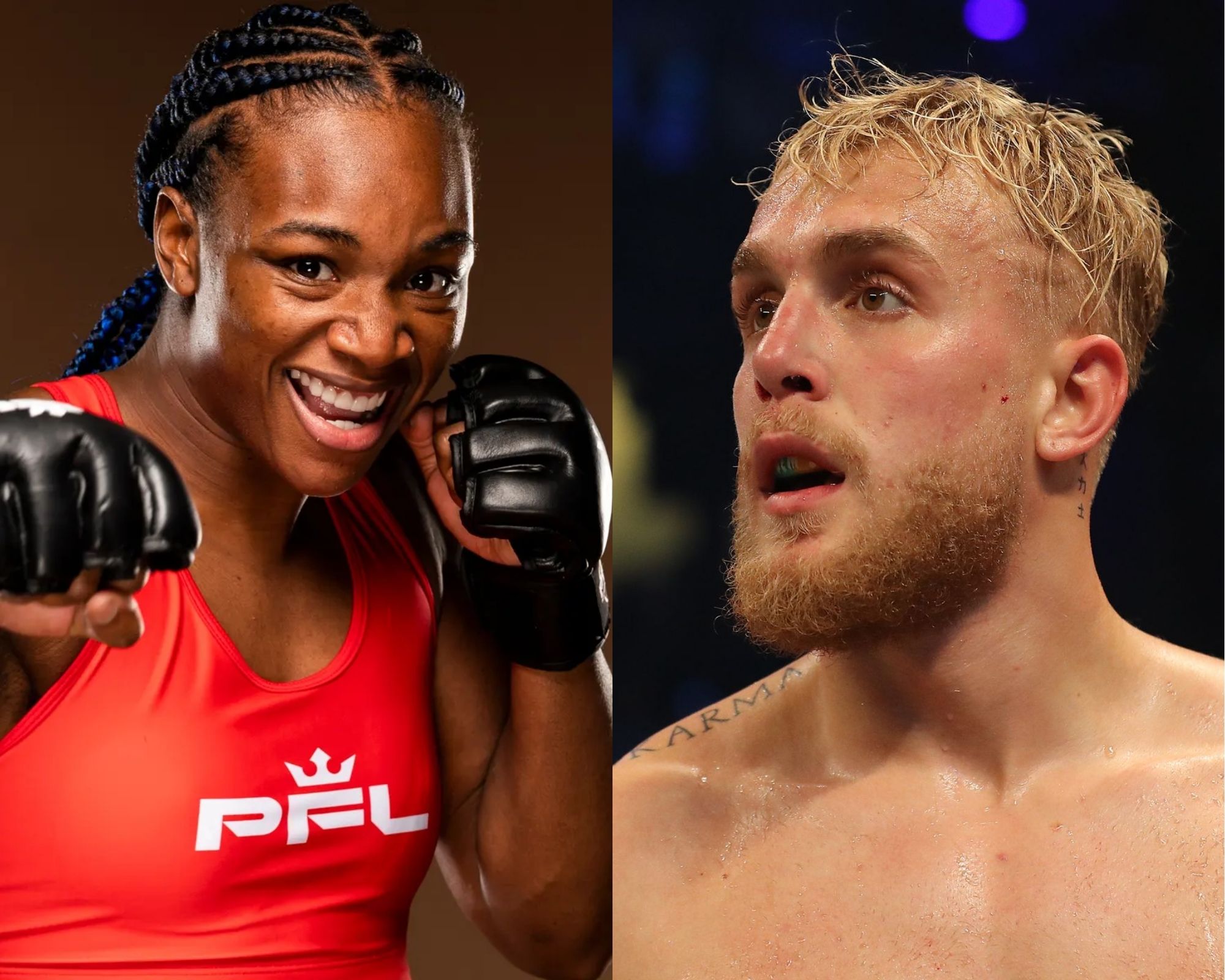 Jake Paul and Claressa Shields have been part of multiple verbal exchanges and internet disputes for some time now. It all started in September when the double Olympic gold medalist lashed out at the media for asking her if she’d ever take a fight in Jake’s undercard.

According to Shields, it was disrespectful to even ask such questions. She further stated that she would never fight on the undercard of Jake Paul and if given a chance can even defeat him. ” I can beat up Jake Paul at the weight class I’m at right now, ” said Shields. She even attended Paul vs Woodley 1, where she felt that Woodley should have won. Soon after in October, Shields made her first-ever MMA debut against Abigail Montes and suffered her only professional loss in her career. This was the perfect opportunity for “The Problem Child” to throw shade at Shields and he didn’t miss out.

The Youtuber turned boxer went on Twitter and taunted Shields by explaining that  Shields is a loser and the fake always gets exposed. “ Losses come when anger and hate take over. Just ask Rousey and McGregor, ” wrote Paul.

According to Paul, Shields wasted a lot of her time criticizing Jake Paul. Instead, she could have focused on her training and Jiu-Jitsu. ” She’s never been a big draw and unfortunately for her, she never will be, ” Paul said. He also congratulated Amanda Serrano for winning the bout.

Claressa Shields accused Jake Paul of having a “No KO” Clause?

Shields didn’t lose any time and came back at Paul by pointing out the rumored ” no-knockout clauses” in Paul’s boxing agreements. Dillon Danis originally started this rumor, one of Paul’s rivals.

When asked about the clause, Paul has constantly denied it on multiple occasions. Shields found these charges very hilarious and tweeted: ” Say my name b****! You come for me, I come for you. Google “NDA” it’s only a question though.” wrote Shields. To this, Jake Paul’s management team BAVAFA Sports claimed that Shields and her team have tried multiple times to be a part of Jake Paul’s undercard. The claim was shocking as Shields was always against fighting under Jake’s event.

Reacting to the tweets by Jake Paul’s team, Shields replied that she and her team had never shown any interest in being a part of the event. ” I ain’t never asked to be on no undercard of no YouTuber,” wrote Shields.

Shields was furious and warned Paul that she is going to sue him and his team for defamation of character. “ Somebody is about to get sued for lying on my name. Can’t wait to call my lawyer tomorrow morning”. However, any such news of Shields suing Paul hasn’t come yet.

Clearly, Shields and Paul have a bitter relationship. But, there were times when Shields gave tips o how Paul can get better. So, fight fans can only hope for the relationship to get better.