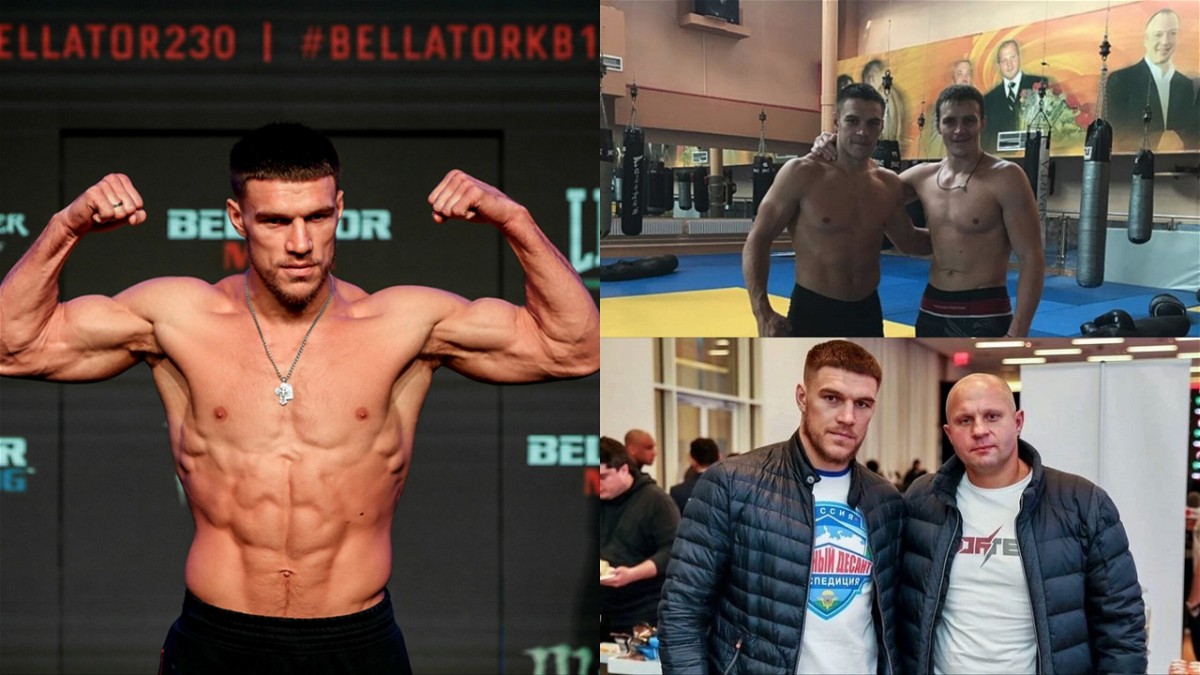 Vadim Nemkov will defend his light-heavyweight title against Corey Anderson in the co-main event of Bellator 277. Both of them have fought through 205lbs Grand Prix and will face each other in the finals of the tournament.

He took the belt from Ryan Bader in 2020 after finishing the former champion in the second round via TKO. Thereafter he entered the light-heavyweight tournament and beat Phil Davis in the quarterfinals. In the semifinals, Nemkov defeated Julius Anglickas via Kimura.

The Bellator champion is undefeated in the promotion so far. After making his debut in Bellator, Vadim Nemkov has had 7 fights so far. He has managed to finish 5 of his opponents so far while he dominated the aforementioned Phil Davis twice and beat him via judges’ decision. The only two losses came very early in his career. More on it later.

According to Google, Vadim Nemkov is married to Yekaterina Nemkova. However, there is no proper information regarding his marital status. Nemkov has kept his private life out of the public eyes. However, he does have an elder brother named Viktor Nemkov.

Vadim is the younger of two siblings and was born on June 20, 1992. The Russian has an illustrious background in combat Sambo. He became the champion four times in the Sambo World Championships.

His older brother Viktor Nemkov is also a world champion sambo wrestler. Viktor won the Russian and World Sambo championships in 2011 in the same weight class. The older brother is also an accomplished MMA fighter with a record of 31-8-1. He is also a 2 time heavyweight M-1 global champion.

Fedor Emelianenko is the head trainer of Vadim Nemkov

Vadim Nemkov has Mixed Martial Arts (MMA) royalty behind him as he is the protégé of Fedor Emelianenko. Fedor was considered not only the greatest heavyweight but also the best fighter of all time.

Nemkov brothers first came in touch with ‘The Last Emperor’ and his team during their younger days. They started training together at a very young age and Fedor deserves a lot of credit for turning him into a finely tuned machine.

A proud Fedor Emelianenko looks on as his protégé, Vadim Nemkov, who TKO’d Ryan Bader tonight to become the new Bellator light heavyweight champion, speaks to the media after his incredible performance tonight. (???? @thefoxidentity) pic.twitter.com/KW2BSI7Dhl

Fedor has also been present during most of Vadim’s fights in Bellator as the veteran fighter himself is under contract with the company. The 45-year old defeated Timothy Johnson last year and is expected to retire soon.

Although Vadim Nemkov has not fought in the UFC before, he does have a bizarre connection to the company. Nemkov suffered the pro defeat of his career on New year’s eve in 2015. It was the semifinals of Rizin’s heavyweight Grand Prix. He came face to face with Jiri Procházka and lost the fight via TKO.

Procházka currently is under contract with the UFC and is scheduled to fight for the light-heavyweight championship at UFC 275 against Glover Teixeira. With Nemkov making rapid strides in his career, he may well join the UFC in the near future. Even Fedor Emelianenko wants Vadim to join the UFC as he thinks the rematch between Nemkov and Procházka will be ‘interesting.’ He said,

“It would be interesting to see a rematch between Jiri Prochazka and Vadim Nemkov. They then entered the duel under the same conditions, but we closed the problems that Vadim had. So I think the fight would have been different. But even that fight was not quite easy for the same Prochazka.” (h/t WMMAA)

Fans can watch him in action in a matter of hours on Bellator 277. Here is everything that you need to know about the event that will be headlined by AJ McKee vs Patricio Pitbull 2.